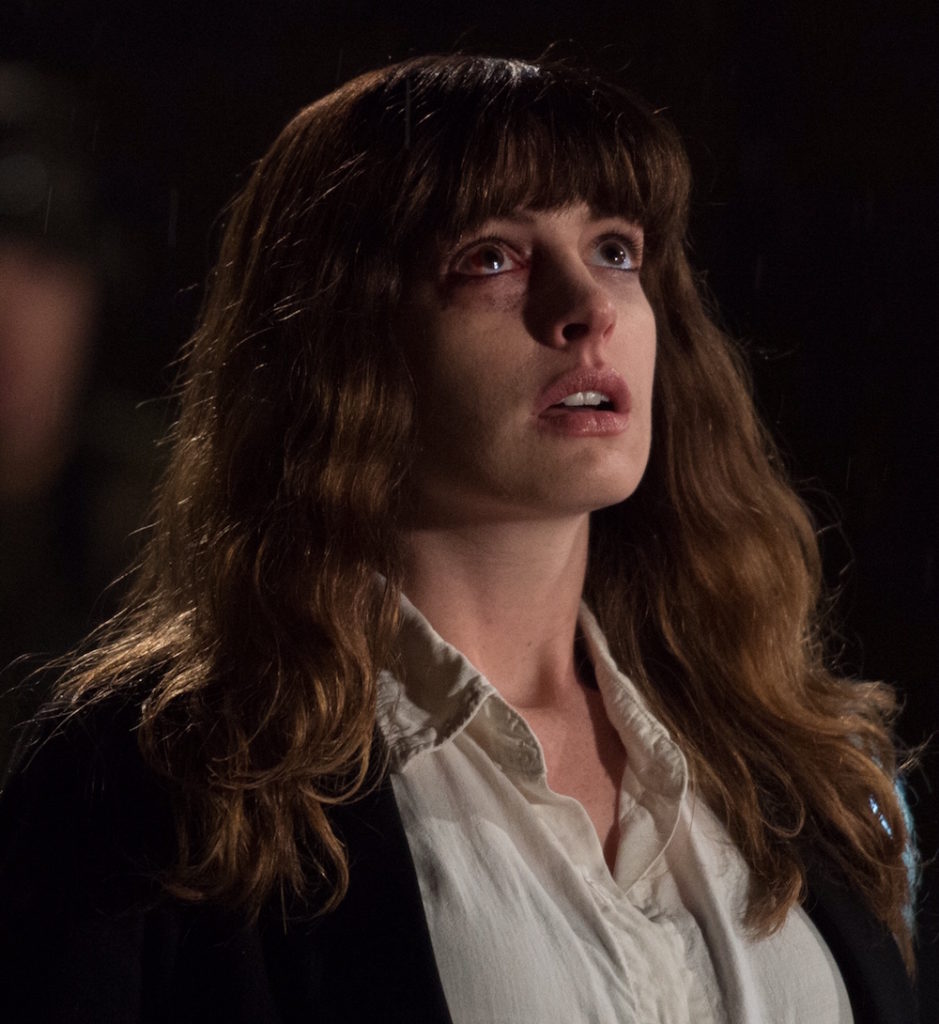 A young woman in the grip of alcoholism is dumped by her boyfriend and returns to her hometown in upstate New York. There, her problems with the bottle hit a new low as she discovers that when she is drunk and acting like a buffoon, a giant reptile appears in Seoul, South Korea and trashes the city. Needless to say, the central metaphor in COLOSSAL is so blunt it would be somewhat dishonest to call its subtext anything other than on the nose. But that does not mean it is a bad film.

Gloria (Anne Hathaway, solid in a tough role) is the young woman in question. Once a semi-successful writer living in New York City, she has been out of work for a year (assumingly because of her drinking problem). When she stays out on one too many all-night benders, her boyfriend, Tim (Dan Stevens, wasted in a thankless part), breaks up with her and kicks her out of his apartment. Mortified and with nowhere else to turn, she moves back into the small town childhood home that her parents still own as a rental property. Once there, she runs into Oscar (Jason Sudeikis), a friend from elementary school who runs the bar he inherited from his father. After hanging out with Oscar and his drinking buddies (Tim Blake Nelson and Austin Stowell), Gloria is offered a part time job as a server in the bar. But, in the first of a few obvious lessons in the film, putting an alcoholic to work in a bar is not exactly the best of ideas.

One early morning, after another very late night of drinking after the bar is closed, Gloria walks home, taking a shortcut through the playground in a park. She stumbles drunkenly around the playground before making her way home and passing out. When she finally wakes up in the late afternoon, she turns on the news to discover large sections of downtown Seoul were destroyed by a giant lizard that looks a hell of a lot like the sort of Kaiju seen in any number of GODZILLA films (and others in that genre).

While watching the constant news footage of the monster’s attacks on Seoul, Gloria realizes that it has the same physical quirks/nervous tics that she displays. Realizing that she is accidentally controlling the appearance and behavior of the monster, Gloria attempts to prove her discovery to Oscar. Initially dubious, he is quickly convinced when she makes it move as though she is a remote control. Understanding the potentially destructive nature of her drunken behavior, Gloria tries to clean up her act. But unexpected complications arise that put even more people at risk, forcing Gloria to not only give up drinking, but also to grow up, take control of her life, and stop letting other people make her feel like she is worthless.

In many ways, COLOSSAL is the hardest type of movie about which to write. It has a clever premise that writer/director Nacho Vigalondo executes well. It features a handful of good-to-great performances (Sudeikis excels in his first real attempt to stretch beyond his clueless, nice-guy stereotype). And the story is satisfying overall, while leaving a little story to expand at the end. So why do I feel a slight dissatisfaction with the actual film?

In a weird way, I feel like I am faulting COLOSSAL for having modest goals and achieving them with style and a little more substance than most films taking on alcoholism usually reach for. With its seamless mixing of light and dark tones, it avoids the “important, overcoming addiction film” traps of becoming maudlin or insincere. As an intellectual exercise in what to do when attempting a light-hearted film about a serious subject, I enjoyed it. My one problem with it comes from the fact that I never felt any connection to the characters, and that is what holds me back from writing a glowing review, instead of one that politely applauds it.

It took me a long while to determine that the lack of interesting characters is what bothered me about COLOSSAL. That feels like a semi-cheap thing to complain about when Vigalondo has pulled off a hell of trick, combining a Kaiju movie with an indie dramedy. Still it is hard to care about Gloria, Oscar, Tim, or anyone else in the film since they are reduced to the issues they are dealing with, instead of being allowed to become fleshed-out individuals.

That lack of character building is the only real problem with COLOSSAL, but it is a bit of a big issue. It left me with a hollow feeling through a lot of the film that I found confusing. The work of the cast goes a long way towards patching over the lack of characterization, but they can only do so much and the film suffers at times.

Despite the thin character work, I find myself recommending COLOSSAL to just about everyone I encounter. It does have a clever idea at its core that it uses well. I enjoyed the mostly successful mixture of genres, and the way it finds the humor in a situation that could have been played for utter darkness. It is a worthwhile film and if Vigalondo wanted to return to this world with more fleshed-out characters, I would be happy to watch. 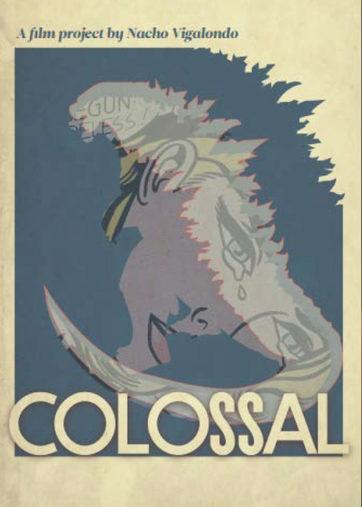