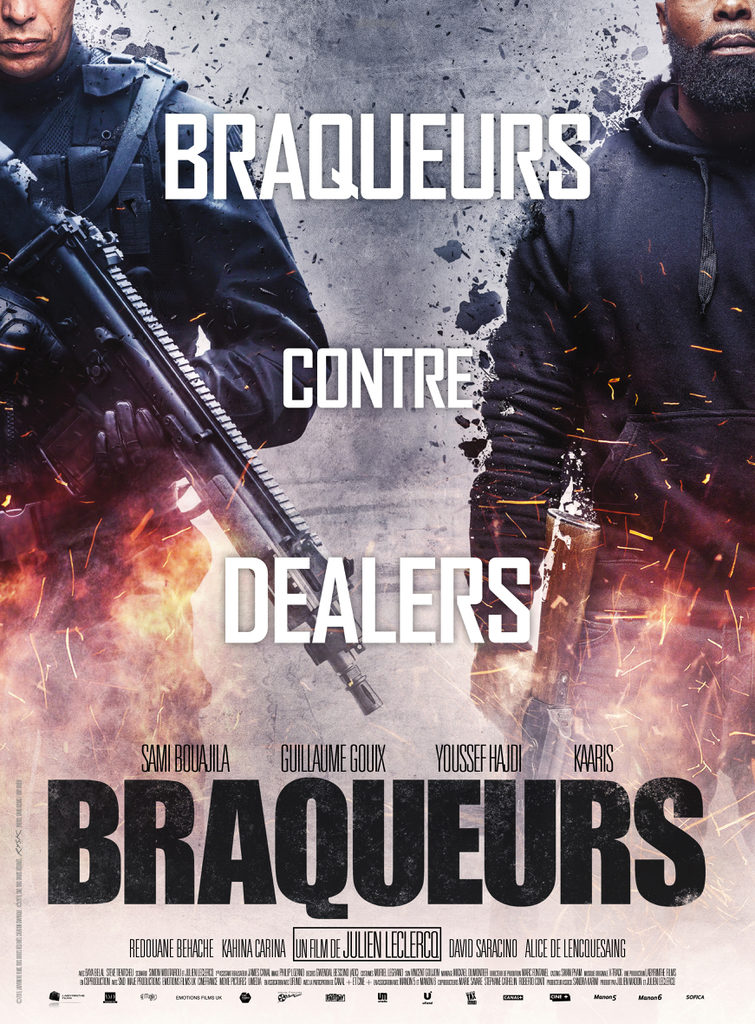 Much like the pleasure I took from the clockwork-like plot of THE INVISIBLE GUEST, THE CREW successfully scratches my itch for lean, pared to the bone heist-gone-wrong thrillers.

THE CREW plays almost like if HEAT had gone from the opening heist on the armored car, to the botched bank robbery and the scattering of that crew in an attempt to save their lives. Surprisingly, co-writer/director Julien Leclercq manages to stage several impressive action sequences and move his plot along at a swift eighty minutes without sacrificing character development.

Yanis (Sami Bouajila, very strong as the enigmatic center of the film) is a successful thief who has drawn around him a close-knit crew of trusted friends and family. Nasser (Youssef Hajdi) is Yanis’ loyal right-hand man whom he trusts completely. Eric (Guillaume Gouix) is the explosives expert and newest member of the crew, but Yanis trusts him because Nasser brought him on board. The only member of this band of thieves who could possibly be a problem is Amine (Redouane Behache), Yanis’ little brother. Felling under-appreciated, it is Amine who screws up and gets them in hot water with a gang of drug dealers. His hand forced, Yanis takes on a job to highjack a shipment of heroin, leading to the expected violent fallout. The only question is who will live, who will die, and who will remain loyal to Yanis? 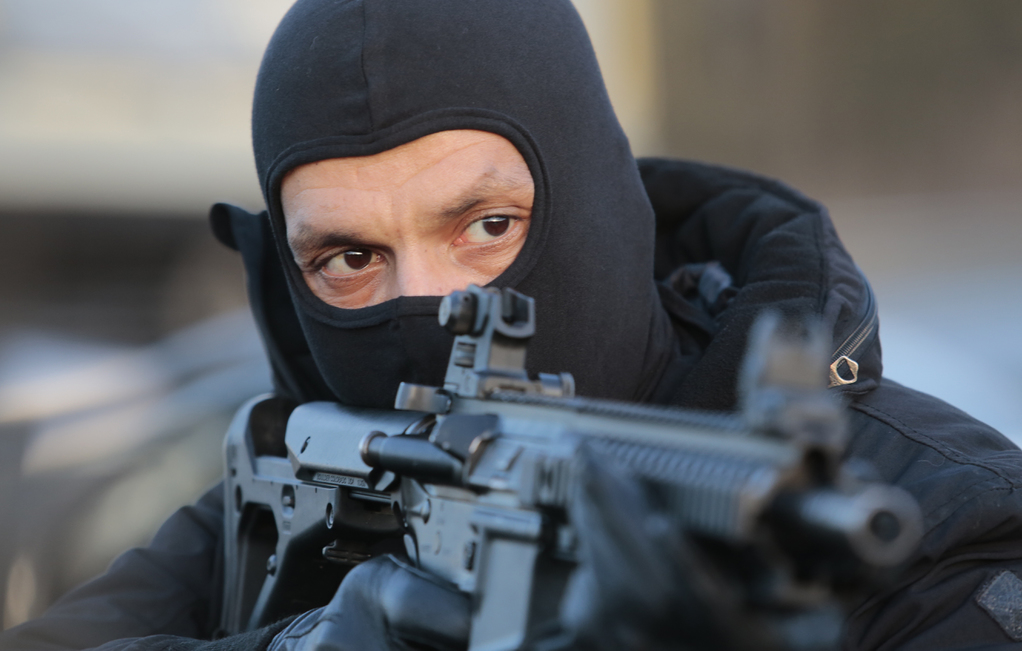 Yanis is a terse character who barely ever speaks more than a few words in a sentence. He simply says what he needs to say to communicate his needs and nothing more. The film largely follows his example. Leclercq introduces the characters, their connections with each other and their loved ones, and the plot, then lets the actors fill in details with loaded glances, quiet pauses when alone, and their largely wordless camaraderie. Like most heist films, Leclercq provides a lot of character development by simply showing these men go through the motions of their jobs. They are polished, professional, and very scary. When pushed, it is no surprise when they violently push back.

Leclercq, while giving a little breathing room for character development, is also a crackerjack action director. Staging violent shootouts and car wrecks with brutal directness, the action in the film feels both believable and stylized at the same time. Withholding the true danger for Yanis and his crew until the third act, these action beats are made all the more suspenseful because Leclercq has allowed the audience to get to know and, if not like, at least admire these men who are so good at their jobs.

THE CREW does nothing that hasn’t been seen before in countless heist films, but it hits the action and character beats with such assurance that it elevates the pulpy material. Leclercq seems poised to break through as a major force in mainstream action and crime filmmaking and I am eager to see what he does next.