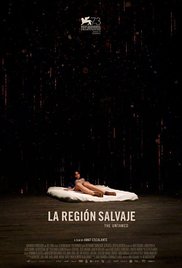 THE UNTAMED opens with a startling scene that will probably make most genre audiences think of POSSESSION. Veronica (Simone Bucio) is in the midst of orgasmic bliss as a tentacled creature pleasures her. She is then shown unable to lift her motorcycle because the creature also gave her a nasty looking cut on her side. The immediacy of this idea that what causes a character pleasure also has the potential to cause pain as well is continued throughout the film.

Veronica is not the protagonist. Instead, she is just one damaged character in an ensemble of tortured souls.

Veronica goes to the emergency room where she meets Fabian (Eden Villavicencio), a nurse who is having an affair with his brother-in-law Angel (Jesus Meza). Angel is in the closet, stuck in a loveless marriage to Alejandra (Ruth Ramos) by his misplaced masculine bullshit and the fact that they have two children together. This is a group of people who would probably destroy themselves even if Veronica did not show up, but she speeds up the process when she introduces Fabian to the creature as a way to stop herself from returning to it and an attempt to give Fabian an outlet for his sexuality to stop having sex with Angel. From there, dark happenings abound as threats are issued, infidelities are discovered, and bodies start to pile up when the creature is not satisfied with only Fabian. 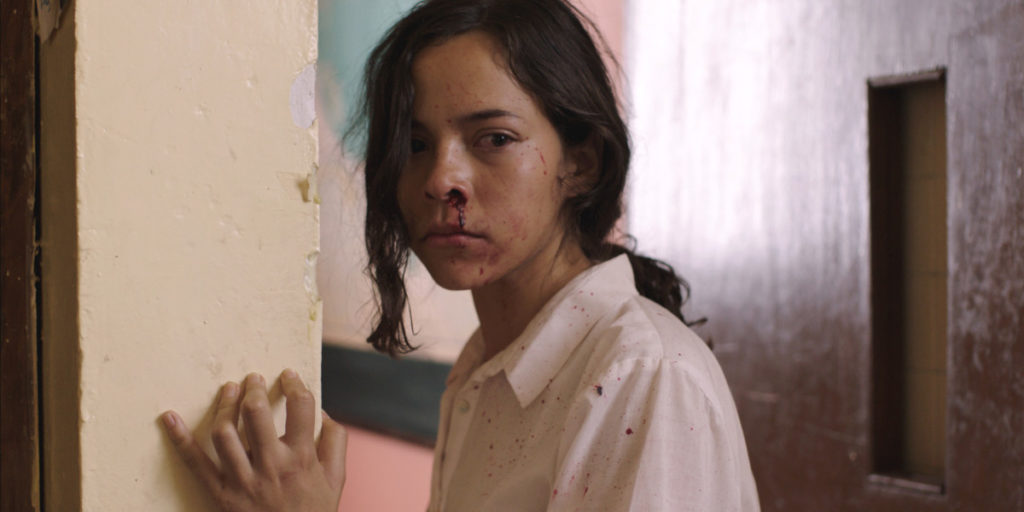 The obvious questions of what the creature is, where it comes from, and what it wants are addressed obliquely, but these are not important details. What does matter is the way co-writer/director Amat Escalante uses the situation to explore how hyper-masculinity, unyielding religious guilt, homophobia, and sexual repression permeate the lives of this group of people. These elements have kept Angel and Alejandra together even though there is no real love between them any longer. These elements have kept Angel in the closet, overcompensating with macho behavior and a reliance on constantly using gay slurs. These elements have kept Veronica from finding a fulfilling sexual relationship with another person because aggressive female sexuality frightens most men she encounters.

When the group is inevitably torn apart halfway through, it actually results in better circumstances for a couple of the characters. But this comes at the expense of two of the other characters. Pleasure leads to pain and freedom for some results in imprisonment for others.

If this all sounds a little heady for a movie that opens with a woman having sex with a tentacled alien, that is because it is. THE UNTAMED borders on pretentiousness, occasionally crossing that line. But I appreciated the fact that Escalante is more interested in asking difficult questions and attacking ingrained prejudices than explaining the horrific visuals he uses to hook the audience. In the end, is that not what the best exploitation films do?