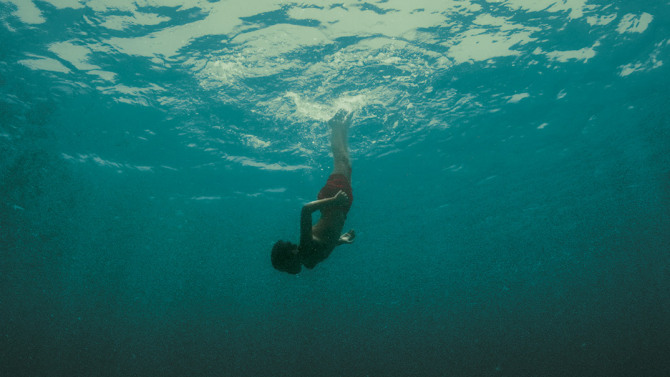 The final day of Fantastic Fest is a little shorter, since there is no late night slot. This is so everyone can go to the closing night party, which no one in their right mind would want to miss anyway! 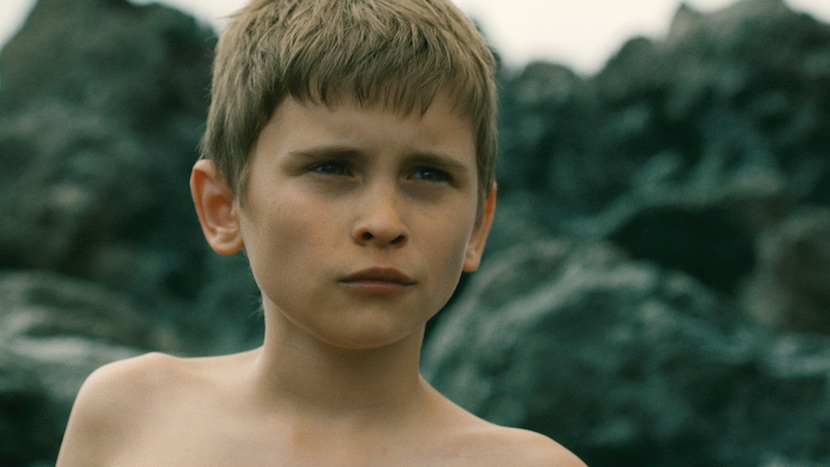 EVOLUTION (France, dir. Lucile Hadžihalilovi?)
While out swimming in the ocean one day, Nicholas finds the corpse of a young boy about his age. He returns to tell his caretaker, who dismisses his concerns. When they return the next day to find the body, her search turns up only the distinctive red starfish Nicholas saw on the dead boy’s body. As the details of Nicholas’s life on the island accumulate, it becomes increasingly clear that he,his friends, and their caretakers are living in this isolated remote island for a specific purpose. EVOLUTION is the long-awaited second film from writer/director Lucile Hadžihalilovi?, whose debut was 2004’s excellent INNOCENCE. Like that film, EVOLUTION proceeds at a careful pace, gradually allowing details of its strange world to accumulate to allow the viewer to build an image of what is happening and why. This time, though, the viewer has much less concrete information to go on due to the minimal dialogue throughout. Whereas INNOCENCE worked with a strange dream logic, EVOLUTION presents fragments of what appears to be a much larger story through gorgeous and occasionally nightmarish imagery and very little dialogue. It’s a quiet, hypnotic film that invites the viewer to pay careful attention and thoroughly consider what they have seen. Here’s hoping it’s not another decade before Hadžihalilovi? directs another film! 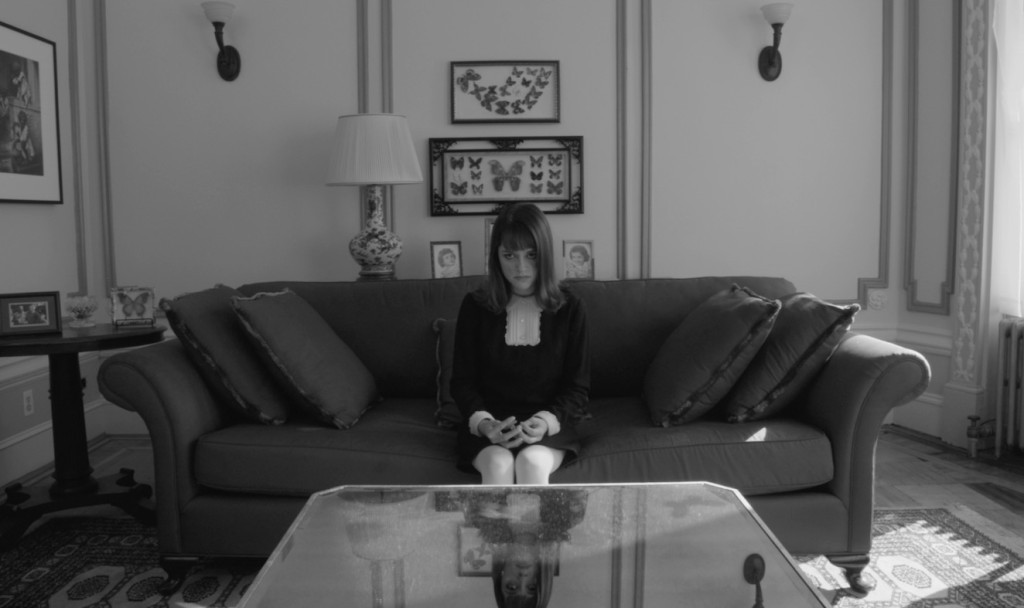 A young woman (only ever called “darling”) is hired to take care of the oldest house in Manhattan while its owner is away. The problem is that Darling is already unstable, and the history of the house—including the suicide of it previous caretaker—makes it inevitable that something in her mind will break before she is in the house alone for too long. It’s not too hard to guess the major inspiration for DARLING is Polanski’s REPULSION, and this film is modeled on that film’s striking black & white photography and the deterioration of a woman’s mental state as she lives in isolation in a claustrophobic space. Lauren Ashley Carter (who also played one of the leads in THE MIND’S EYE) gives a nerve-shredding performance as Darling, who is in nearly every shot in the film. Keating mostly gives her plenty of room to explore the more unsettling aspects of her character, but he also fractures many scenes with jarring near-subliminal imagery often accompanied by ear-splitting noises. Watching DARLING on a big screen is an assault on the senses with its stroboscopic imagery and startling sound design. It feels more like an exercise in style than something designed to really get under the skin, but on that count it absolutely succeeds. And at a lithe 74 minutes, DARLING avoids two of the major pitfalls of too many of its independent horror film contemporaries: it jumps into the action fairly quickly, and never wears out its welcome. DARLING is sure to be a divisive film among horror fans, but anyone looking for a stylish take on REPULSION-style psychological horror will definitely want to watch out for it. 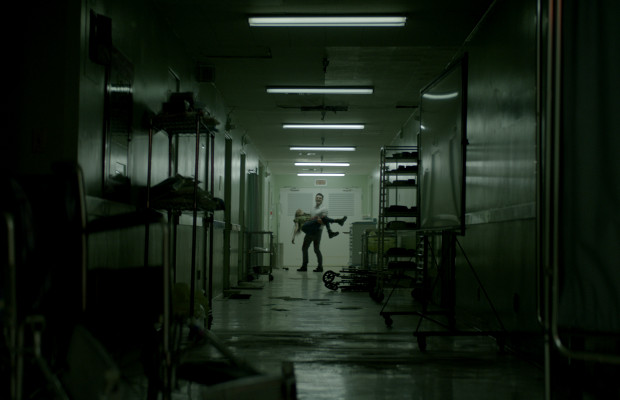 SOUTHBOUND is a horror anthology from the producers of the V/H/S series that takes a completely different approach to the form from that series, presenting a series of somewhat connected stories that overlap as characters make their way down the road in the desert of the American Southwest. Larry Fessenden provides the voice of a seemingly omniscient DJ who sets up and comments on the stories, and where one story ends and the next begins is never entirely clear. This makes the film feel less like a standard anthology, and the consistent look throughout the different segments lends to the illusion that SOUTHBOUND is just one film with a variety of weird stories than the product of different creative teams. Featuring work from the producers and directors of the V/H/S films, THE SIGNAL (2007), ENTRANCE, FAULTS, and more, SOUTHBOUND is a fun, unique take on the traditional horror anthology. 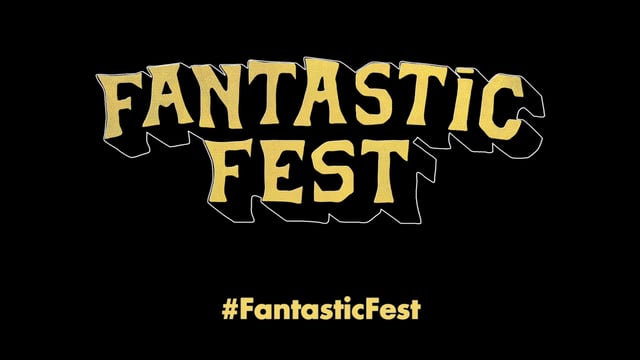 That brings my coverage of Fantastic Fest 2015 films to a close! I managed to see and cover 42 of the 81 features screened at the festival. Next up will be my end-of-fest wrap-up, including my 10 favorite films of the fest and more. Huge thanks to Daily Grindhouse for giving me the opportunity to cover this event, it’s been a blast!