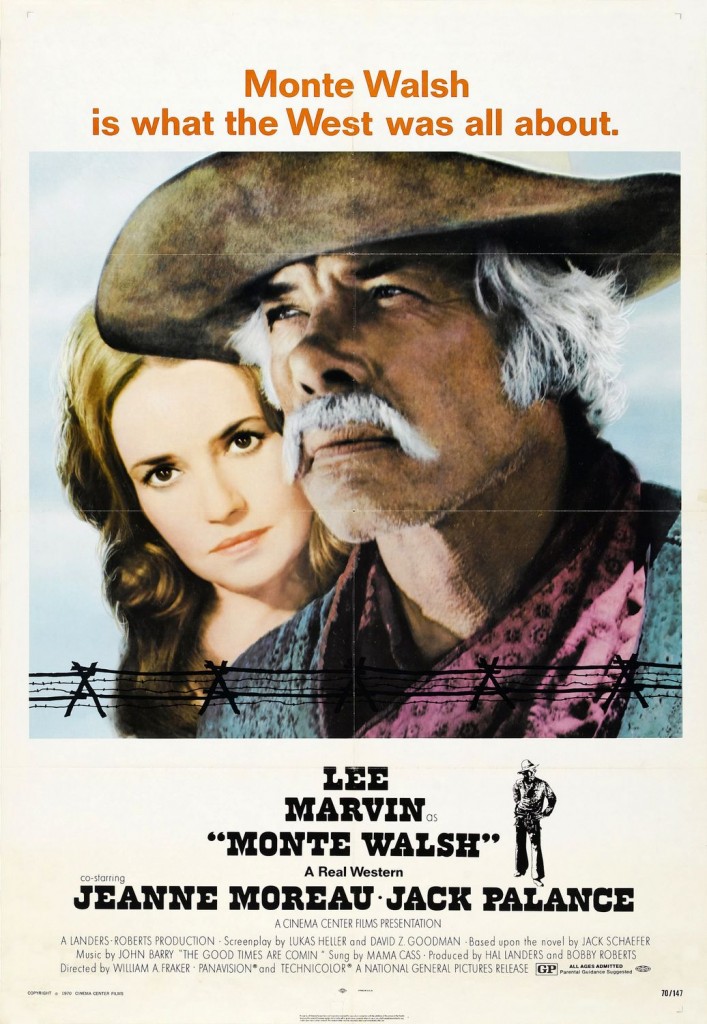 MONTE WALSH wasn’t the end of Lee Marvin’s phenomenal, scarcely-precedented career, but it feels very much like a twilight movie. 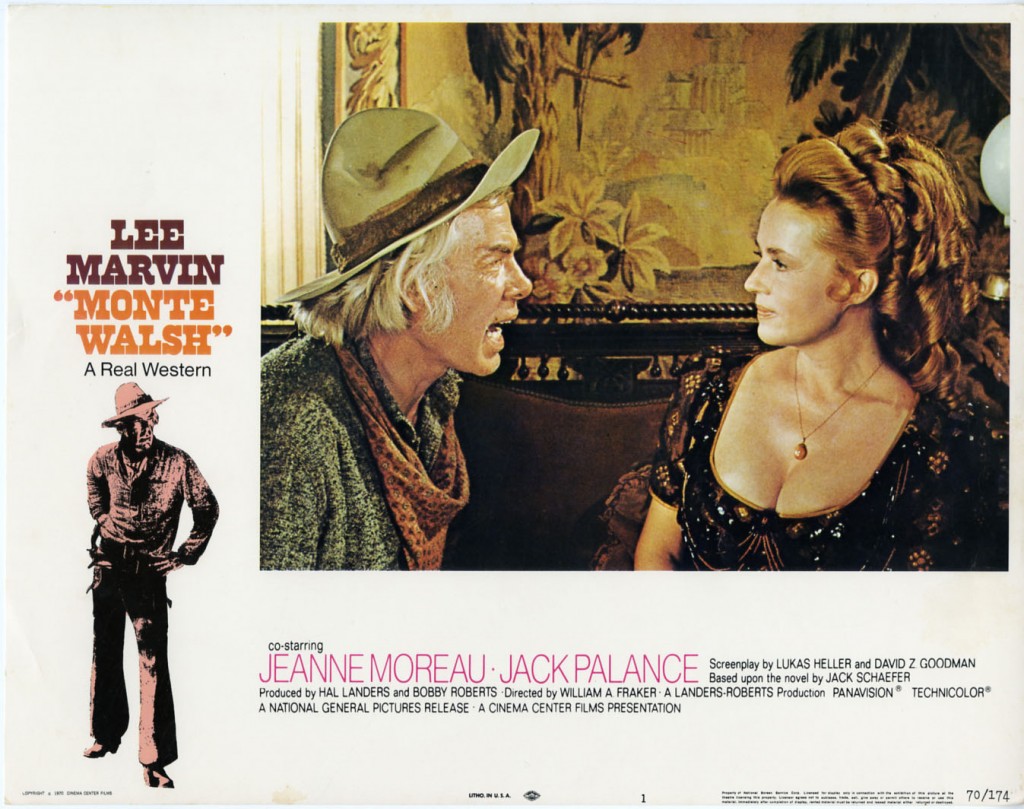 In a rich life that spanned his service as a U.S. Marine to his fortunes as a character actor, Lee found steady work at the tail end of the studio era as a palooka, a henchman, a heavy. He became a star on TV, in M Squad, and then became a legitimate leading man in movies in the late 1960s. From second banana to mighty Kong — it doesn’t happen that way often in Hollywood. Character actors with primary strengths in villainy don’t often become the hero. Humphrey Bogart comes fastest to mind, and possibly Lee Van Cleef, and more recently, there was James Gandolfini, but that list remains a short one. 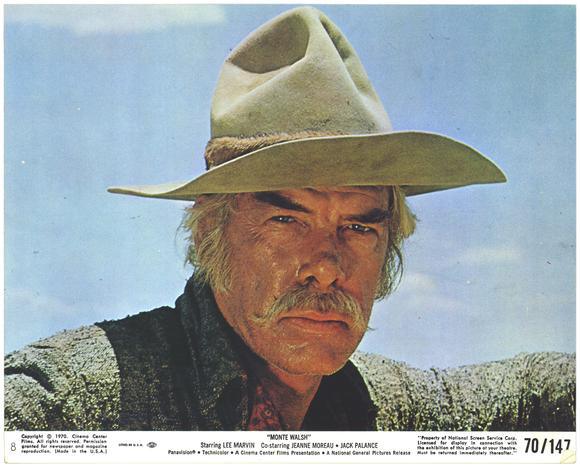 For Lee, stardom was the final phase of a lengthy career, and even that tapered off rapidly by the mid-1970s. But again, MONTE WALSH was hardly the end for Lee, since he still had about a decade and a half of movies to go. And again, it feels like it could be an ending. The director was William A. Fraker, far better known as a cinematographer, for ROSEMARY’S BABY, BULLITT, PAINT YOUR WAGON, 1941, and SHARKY’S MACHINE. As he did in that trade, but to a far greater degree here, Fraker favors a hazy, almost soft-focus look. MONTE WALSH feels like a photograph fading before your eyes, like the disappearing kids in BACK TO THE FUTURE. 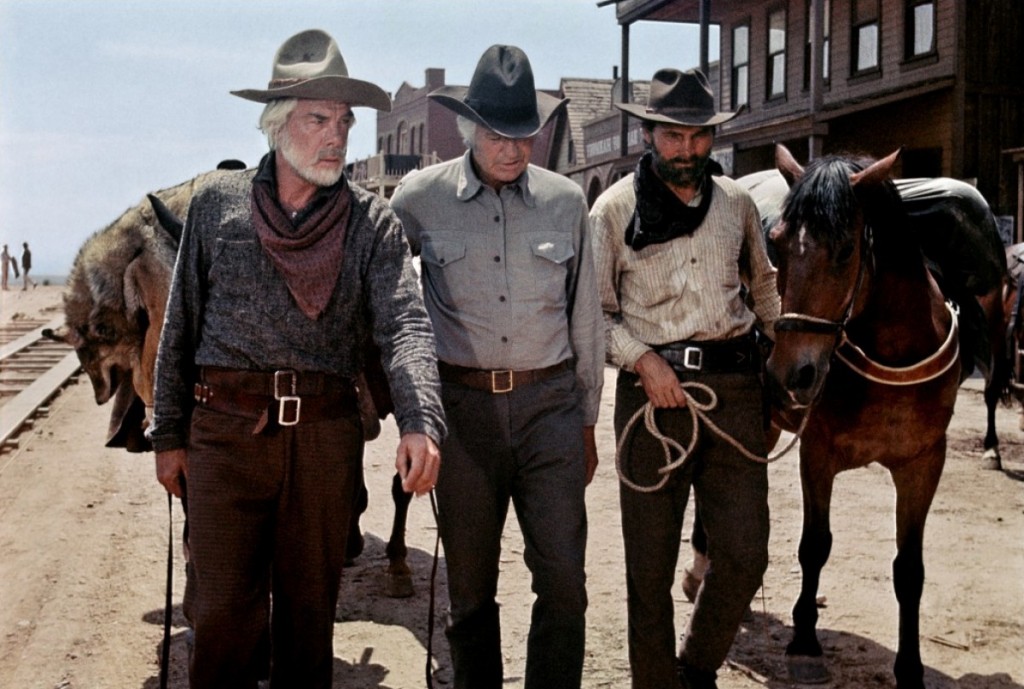 The story concerns Lee’s title character and his best buddy, played by Jack Palance (a guy who played his share of palookas and heavies), and their struggles to find a place in a rapidly-ending era. Coming three years after the genre-killing, definitive statement THE WILD BUNCH, a movie from which Westerns could never fully recover, MONTE WALSH is most definitely a “death of the West” movie. This is a recurring theme in Westerns of the time — the coming of the railroads meant the coming of industrialization, and that in turn meant the beginning of the end for men who lived by the horse and by the gun. The theme plays out very literally over the course of the plot, as Monte loses nearly everything that matters most to him. From doomed romance to the loss of a dear friend, this is a movie marked by sadness and presided over by a character who, one gets the sense, can almost see it coming. It feels like a goodbye party, at best. 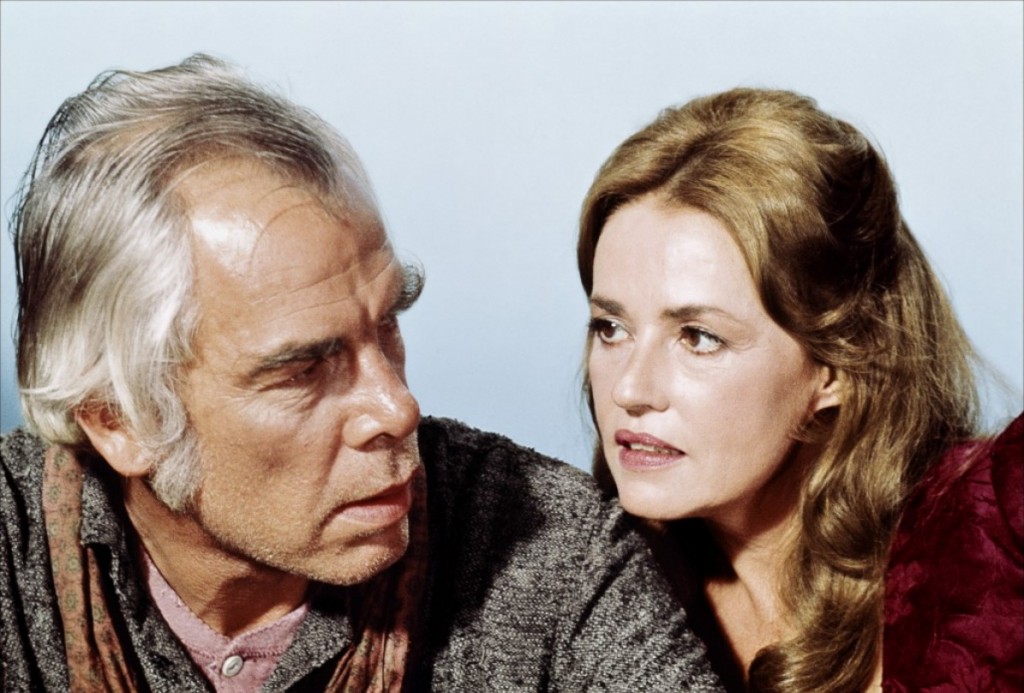 That said, there’s life in it still — it’s fun to watch Lee pal around with Jack Palance (and a different kind of fun to watch Lee’s facial hair change from scene to scene), Monte’s boozing is played in part for laughs, and in one scene, both a bucking bronco and Lee Marvin literally demolish a small frontier town with the power of their teamwork — yet the tone that prevails is a sadder, more ruminative one. That’s a tone befitting its star, who could play boistrous comedy and devil-may-care action as well as anyone, but who was most at home playing unsettled men on the edges of a society rapidly passing them by.