We have all been at a bar or a coffee shop or a restaurant by ourselves and wound up in a conversation with the stranger next to us. Most of the time, that conversation is uneventful: a few minutes chatting about sports or the news while waiting to meet friends or family. Occasionally, the conversation quickly turns awkward if the stranger reveals himself or herself to be hostile or argumentative. But the rarest encounters are those where you talk to a seemingly bland, harmless person for several minutes and then have them say something surprising that makes you think they’re joking until you realize they are serious. Usually, it is something along the lines of being a cult member for twenty years or not regretting their vote for Trump. But sometimes, they will say something so seemingly insane, but be so calm about it and have such a total belief that they are potentially frightening. That last type of stranger is how you would describe David Huggins. 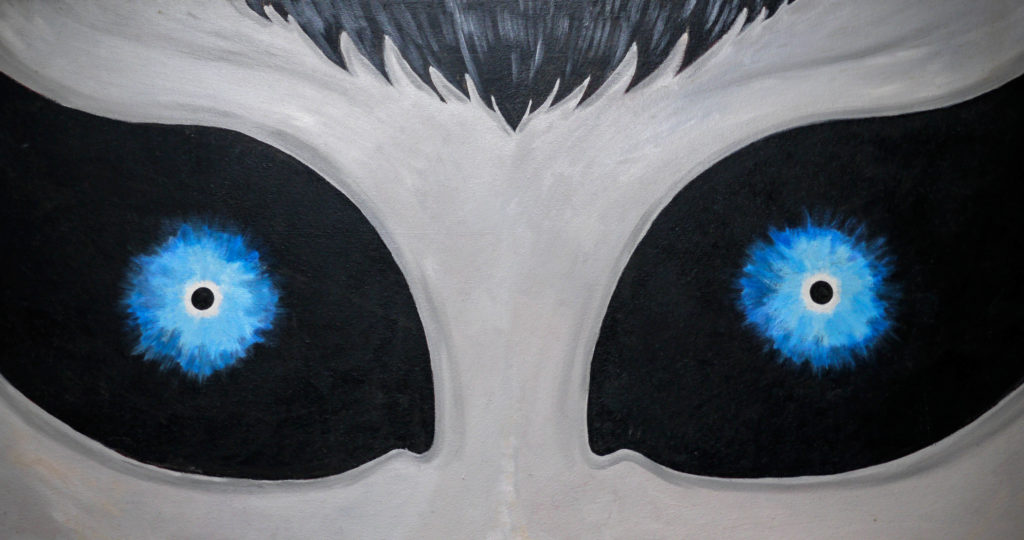 Huggins is the subject of the documentary LOVE AND SAUCERS. There is nothing obviously special about Huggins—especially to anyone who runs in the sort of geeky genre circles that I do. He is 72-years-old, lives in Hoboken, is writing a sci-fi screenplay about a romance between a man and an extraterrestrial, paints scenes and characters from that screenplay, collects sci-fi movies on VHS, and has an old hippie vibe about him. Overall, he is a nice older gentleman who is rather unremarkable. But David believes with absolute certainty that the screenplay he is writing is autobiographical. 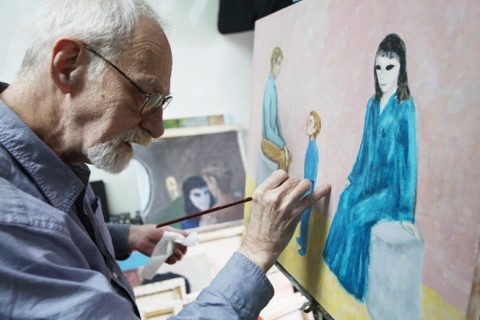 LOVE AND SAUCERS runs just shy of seventy minutes. A good twenty to twenty five of those minutes is spent on David detailing when he first was contacted by alien beings as a young boy, how he lost his virginity as a teenager to a female alien named Crescent, and the fallout from their ensuing “long-distance” relationship into his thirties. David tells his story in a plainspoken manner, never laying on the melodrama or contradicting himself in any way. If he were a witness in a trial, he would be very believable.

But the details of what David is saying are so outlandish that it is hard not to consider him a kook. And that is the point director Brad Abrahams is trying to make by allowing David to tell his story and show off his artwork. It is so easy to turn someone who believes in something outlandish (alien abduction, religion, trickle-down economics) as a kook, but for the most part, they are perfectly sane people who just happen to have different beliefs than most people in the mainstream. David, for all his beliefs about the impact of aliens upon his life, is no kook. I have no doubt that he truly believes everything he claims in the film. And his life outside of that very specific quirk in his past is very normal.

Abrahams never offers up an alternative to David’s alien story. He does not interview a psychiatrist who might be able to explain how David turned a traumatic event into a fantasy to deal with it. He does not interview people who specialize in de-bunking claims like the ones David makes. He never once talks to anyone who doubts David. I actually like that aspect of the film because it keeps the focus on the fact that this is a man who is dealing with an extraordinary event in the best way that he possibly can. It does not matter if that extraordinary event is real or imagined. 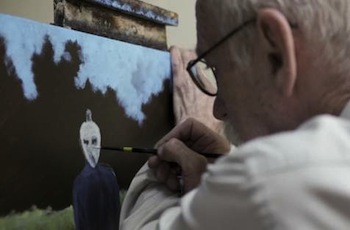 Abrahams pulls off the neat trick of making the viewer care about David the man and not David the story. By showing his overall warmth and humanity, I found myself worrying what would happen to David if he started to doubt the complex story of his past. I wanted him to continue to believe because that belief seems to be what is best for him.

The only point at which Abrahams takes a wrong turn in the film is when he leaves David to interview other rational people who believe David’s belief in his story. While talking to people who know David and a professor at Rice University who specializes in theology and the belief in extraterrestrial life support the film’s case that David’s belief in his story is good for him, it also breaks the spell of the first forty minutes of the film.

But that is a rare misstep in a documentary that could have been exploitative and cruel to its subject instead of compassionate. A little more understanding of those who are different than us could make a world of difference in these times. That’s exactly what Abrahams shows David and why LOVE AND SAUCERS works as well as it does. 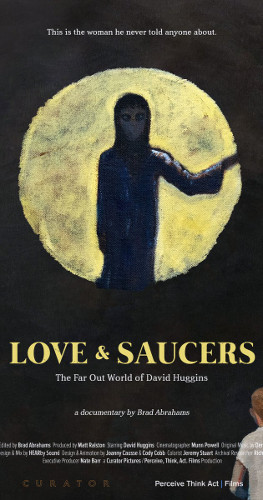