When I was a kid, the first serial killer I remember ever hearing of was Jeffrey Dahmer. How could you not? It was shocking and horrifying. I saw a dramatization of it sometime in the early 1990s called THE SECRET LIFE OF JEFFREY DAHMER, an unflinching look at the monster of Milwaukee. His crimes even affected Eric Red’s great, underrated BODY PARTS.

Though there was a later film that took a somber indie approach to Dahmer’s life named, hold on to your butts, DAHMER — the life of this madman still seems to be fertile ground for storytellers looking to piece together the why of why he did it. 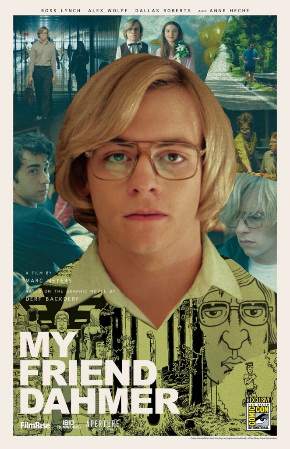 MY FRIEND DAHMER is a solid slice-of-life picture of the events leading up to Dahmer’s inevitable murders. It’s a shimmering, hypnotic film that has its closest analogue in a film like RIVER’S EDGE. Its lack of a score (save for one scene), using not diegetic music propels you through the 70’s landscape without beating you over the head with its obviousness.

The film is beautifully shot, capturing the day to day in a small town, portraying realistic kids in their typical high school lives. The movie is absolutely funny too, catching me off guard, simply because I didn’t expect the film to move in the directions it went, even knowing where the story was going.

I hadn’t read the graphic novel the film was based on, but I’m glad it’s not a traditional “origin story,” and rather a story that knows exactly where to end the narrative before the meat of the rest of Dahmer’s life begins.

Strong performances elevate this film as well. Ross Lynch turns in a star-making turn as the titular killer and Alex Wolff also does excellent naturalistic work as the titular friend. Like IT, the film isn’t interested in the adults populating its story, because Dahmer’s isolation is the breeding ground for the tumultuous madness rising inside of the young man’s chest.

The writing and direction by Marc Meyers balances a fine line, whipsawing between the John Hughes lite comedy of the trio of friends in Dahmer’s orbit and the coming of madness story that the film is telling. Because the balance IS difficult. You’re essentially humanizing a monster, but cannot humanize him too much and when the film feels like it’s going to sympathize with him, it goes to dark places and shows us the chrysalis-stage glimpses of what he’ll be capable of.

The film’s inability to find its tone in the first act is my only negative with regards to the film. But it DOES find the tone and ultimately makes the film work. I walked out of the screening buzzing, specifically because of a late scene that had me so gripped until it was over and I let out a breath of air. It was so goddamn good.

If you’re not wanting to see something that humanizes an inhuman monster, then this isn’t the film for you. If you want to see a film that has strong talent in front of and behind the camera, check out MY FRIEND DAHMER. 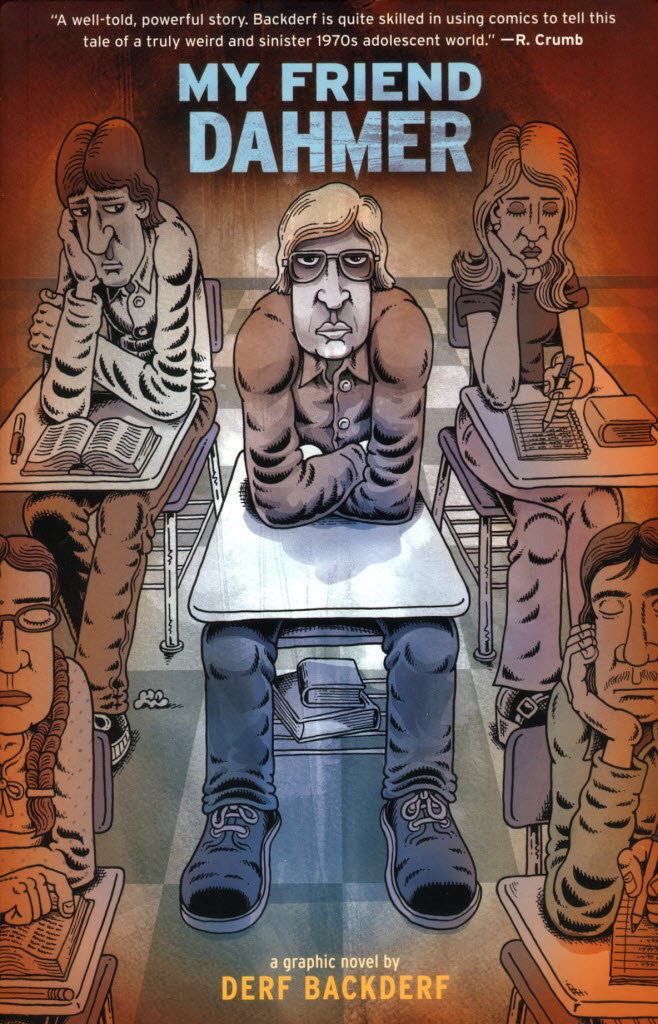