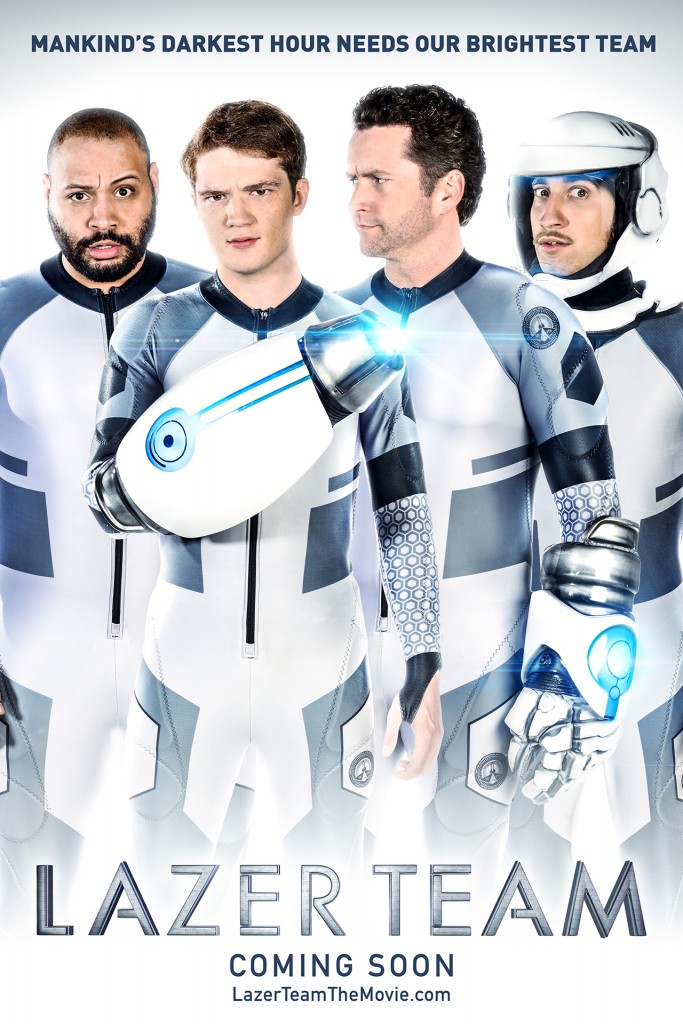 LAZER TEAM (USA, dir. Matt Hullum)
Four guys accidentally steal the pieces of an alien super-suit on the eve of a battle for the future of Earth. This is bad news since they’re not ideal candidates for saving the world, but they’re the best chance humanity has against the highly intimidating Warg. Can they come together to become the Champion of Earth? LAZER TEAM is the first feature film from Rooster Teeth, who previously made the popular web series RED VS. BLUE. Partially funded by a successful Indiegogo campaign, LAZER TEAM is light, goofy fun that scores some big laughs from its game ensemble cast and some inspired performances in small supporting roles. The special effects range from impressive to iffy, but this is so much fun that’s not really a distraction. This is just a good time, and the rare hybrid of sci-fi and comedy that actually works. 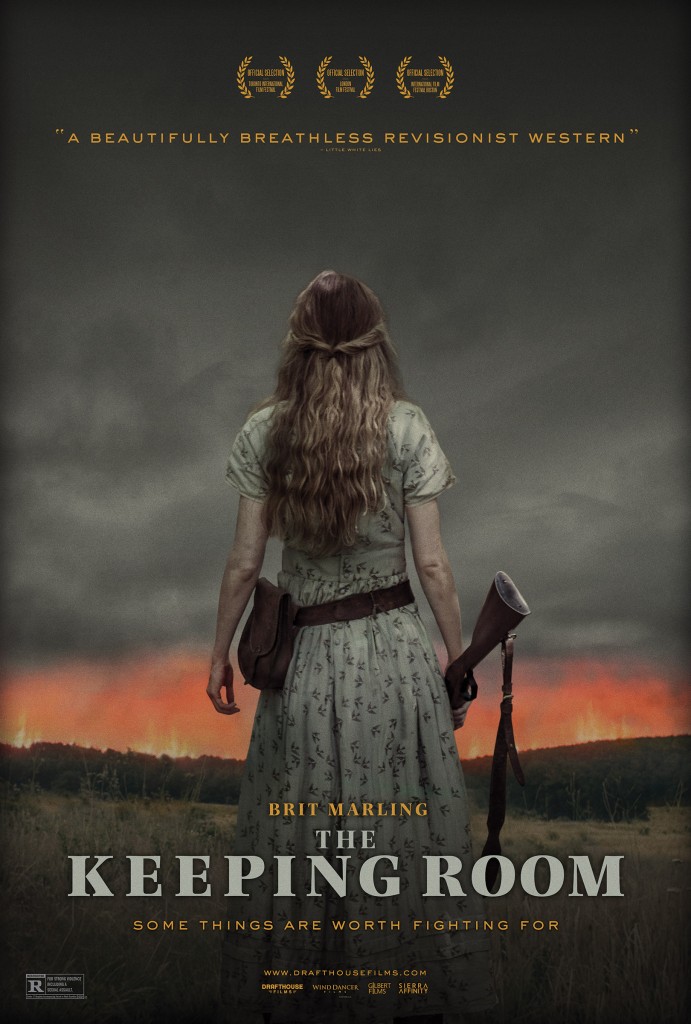 THE KEEPING ROOM (USA, dir. Daniel Barber)
During the U.S. Civil War, sisters Augusta and Louise and their family’s slave Mad tend to their isolated farm while their father and brother are away fighting. When Louise is injured by an animal, Augusta sets off to find medicine and crosses paths with a pair of Union scouts. THE KEEPING ROOM is an eerie, unsettling period piece. When Augusta wonders aloud whether it’s “the end of the world” and “all the men killed all the other men,” it doesn’t seem like much of a reach. Director Daniel Barber uses long stretches of quiet and beautiful widescreen compositions to make Civil War-era America feel like a ghost planet. The film is somewhat less successful once it reveals its more exploitative intent and turns into a relatively familiar siege/home invasion story in its second half, but THE KEEPING ROOM is still a unique, technically impressive thriller with a roster of great performances. 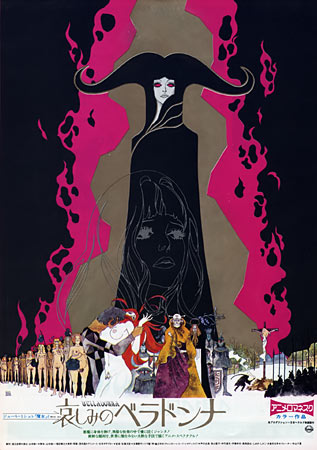 BELLADONNA OF SADNESS (Japan, dir. Eiichi Yamamoto)
Jeanne is a pure, young newly wed bride who is forced to pay with her body when her new groom Jean can’t afford the marriage tax demanded by the Lord of their village. This assault awakens something in Jeanne, what at first seems to be a mischievous sprite but soon is revealed to be Satan himself. They engage in a battle of wills in which Jeanne tries to persevere in the face of intense misery inflicted by the men in power over the land and people where she lives, while Satan offers her revenge in exchange for her soul. Released in Japan in 1973, BELLADONNA OF SADNESS has never been officially released in the States before and this astonishing 4K restoration is the best possible way it could have made its debut. Much of the film is presented as long horizontal or vertical tableaus across which the camera pans, and this new restoration allows the viewer to see every pencil line, brush stroke, and burst of color. The Fantastic Fest program calls his a “seminal psychedelic masterpiece,” and that’s not an overstatement. 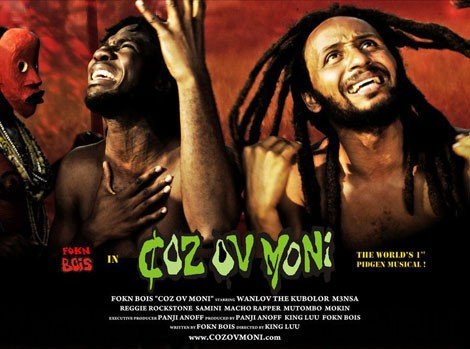 COZ OV MONI 2: FOKN REVENGE (Ghana, dir. King Luu)
COZ OV MONI billed itself as “the first pidgin musical,” and was a fun musical/comedy that followed the FOKN Bois (rappers Wanlov and M3NSA) as they tried to collect debts and find good food. The sequel expands the scope and polishes the technique a bit with higher-quality visuals and better sound as well as a couple of sequences shot in Romania. The story is very similar to the first film, just a day in the life of these two guys trying to get paid and eat, and hopefully not get beaten up in the process. The songs are mostly simple, hooky, and infectious, but laced with clever wordplay and impressive pronunciations of difficult phrases (“We gonna grapple until you grovel and gobble gravel” possibly being my favorite). The tone is very light and laid-back, and Wanlov and M3NSA are natural performers, so it’s fun just watching them play off each other and the other characters in the movie. The ending seems to promise another FOKN Bois adventure in the works, hopefully coming soon. COZ OV MONI 2: FOKN REVENGE is super fun and perfect for a crowded midnight movie screening. 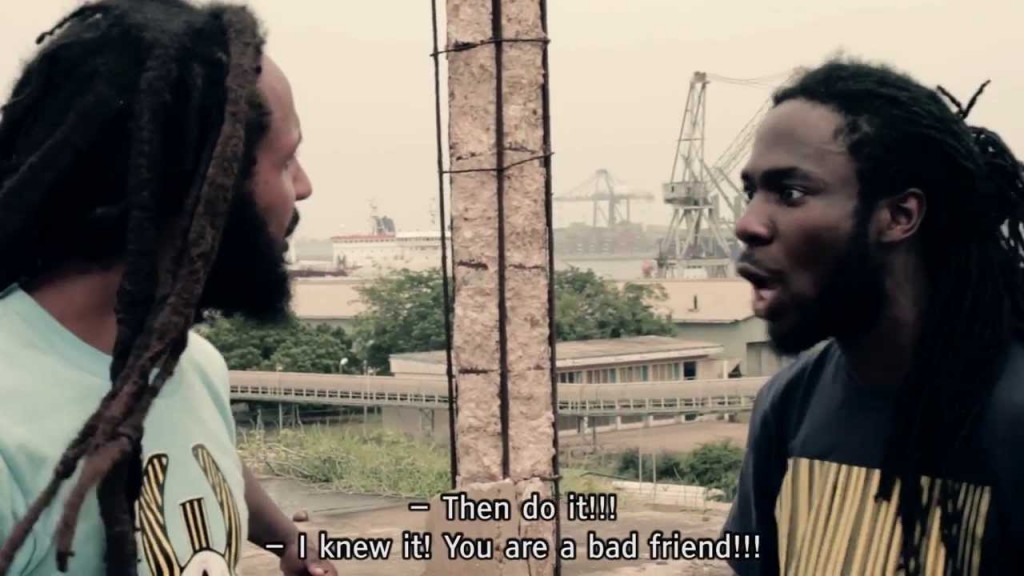 Tomorrow:
RUINED HEART, DER BUNKER, REMAKE REMIX RIP-OFF, HARD TO GET, GERMAN ANGST, IN SEARCH OF THE ULTRA-SEX, and LUDO!