As THE MODERN JUNGLE opens, Mexican shaman Juan Juarez Rodriguez performs a healing ritual in his remote mountain shack. A few minutes later, Juan is directly addressing the director behind the camera asking for financial assistance to go see a doctor about a persistent abdominal pain he has had for years. This is an extremely uncomfortable scene, with Juan asking for help in return for allowing himself to be filmed and waiting for an answer. Whether that was the plan for the film at the outset is unclear, but this dynamic becomes the central issue of THE MODERN JUNGLE. Juan has an X-ray and learns he has a hernia. He lacks the money and patience to save up for an operation and instead asks the filmmakers for more money to sign up for Omnilife, a multi-level marketing company whose products he believes will heal him. Additional complications arise when some of the locals ostracize Juan and his neighbor Carmen for their involvement with the “gringo” filmmakers and suggest they are being exploited. Honestly, it’s not hard to see their point on the latter. THE MODERN JUNGLE raises some serious questions regarding documentary filmmaking and the responsibility of artists, and it often comes across as queasily exploitative. Running an abbreviated 71 minutes, the film also fails to reach any meaningful conclusions regarding these problems. 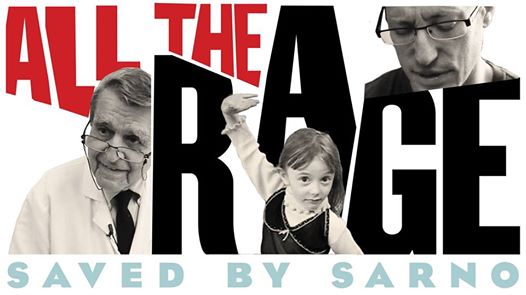 ALL THE RAGE (SAVED BY SARNO)

In the 1980s, Dr. John E. Sarno predicted a massive increase in chronic pain in the United States over the coming decades. While his theory has been proven in the epidemic of chronic pain among adults in the States, the medical establishment has had something of an adversarial relationship with his work. Sarno’s practice focuses on the unconscious as the source of physical pain, created so the individual will focus on the physical and ignore problem thoughts they do not want to face. Documentarian Michael Galinsky has a personal connection to Sarno’s practice through his father, who suffered from chronic back pain much of his life but found Sarno’s approach a near-miraculous help. Galinsky and his wife Suki Hawley look at Sarno’s life and work, talking with a number of people who swear by it, including Larry David, Howard Stern, Jonathan Ames, and John Stossel. But ALL THE RAGE is also a film about Galinsky coming to terms with the death of his father, and how he came to understand more about him as he and Hawley’s family grew. It’s a fascinating documentary with a strong emotional anchor, and Galinsky is refreshingly candid and open about his own shortcomings and difficulties with his family.  Like Sarno’s approach to treatment, ALL THE RAGE shows how intimately tied together emotional and physical well-being can be, and the result is one of the most honestly touching documentaries so far this year. 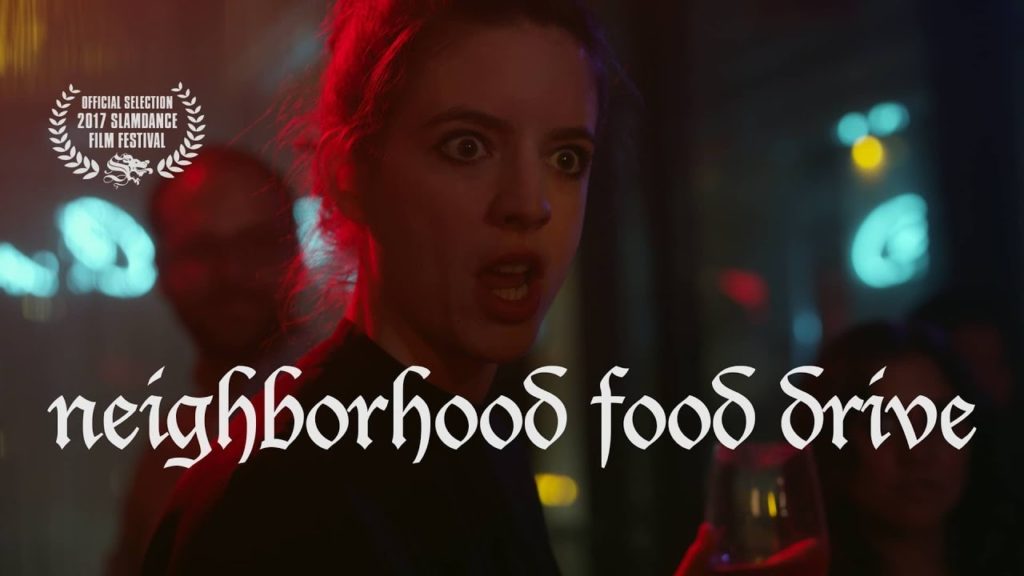 Madeline (Lyra Hill) and Naomi (Bruce Bundy) started an upscale restaurant called Ciao in Chicago’s Humboldt Park, but they’re facing backlash for their part in gentrifying the neighborhood. They decide to throw a neighborhood food drive at Ciao to help their image and hire an intern, Bianca (Ruby McCollister), whose boyfriend Steven (Marcos Barnes) is a waiter at the restaurant. Bianca and Steven’s professor David (Ted Tremper) is providing them with unofficial and highly unusual couples counseling and joins them in helping plan the party. Will these five people be able to throw one successful food drive, or will their hubris destroy them all? NEIGHBORHOOD FOOD DRIVE is one of the absolute funniest films of the year, amping up the barbed satire of Rose’s previous feature CRIMES AGAINST HUMANITY to a level of nightmarish absurdity. All of its central characters are terrifyingly self-centered and fundamentally misguided, but the cast plays them to perfection and the film is unpredictable in its brilliant left-field touches. Rose plays the supremely unimportant travails of these characters like a horror movie, with lurid Bava-esque lighting and an ominous synth score casting a pall of dread over the proceedings. NEIGHBORHOOD FOOD DRIVE is hilariously bleak, inventive, and utterly unique. 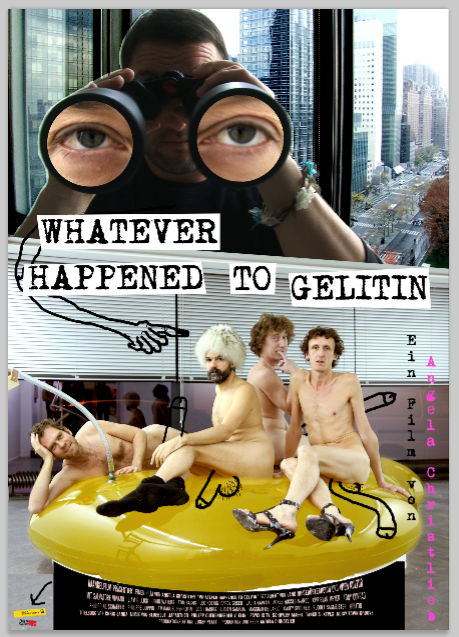 Gelitin was a group of four Austrian performance artists whose work gained them a fair amount of notoriety for its playful anarchy and crude approaches to confrontation. Imagine a sort of hybrid of the gang from Jackass, but less focused on inflicting harm on themselves and more on interacting with each other and their audiences in ways that break down the audience’s inhibitions: making themselves into a “birthday cake” with candles sticking out of their asses, assembling a sculpture exhibit in which viewers step on a switch to “activate” the pieces by sending them crashing to the floor, building a huge “Arc de Triomphe” sculpture/fountain of a man pissing upward and all over himself, etc. Art dealer Salvatore Viviano sets out with director Angela Christlieb to interview artists who admired and worked with Gelitin, and the film intercuts their interviews with the artists—including Liam Gillick, John Waters, and a brief appearance by the late Tony Conrad among many, many others—with film and video footage of some of the group’s performances. Some of this footage is hilarious and inexplicable, but when the group stages a performance in the World Trade Center weeks before 9/11, it becomes clear why they may have been more inclined to shy away from public attention ever since. Your enjoyment of the film will be largely dictated by your interest in/tolerance for elaborate performance art goofs, but WHATEVER HAPPENED TO GELITIN? is a great introduction and crash course on the group’s hilariously bizarre work.