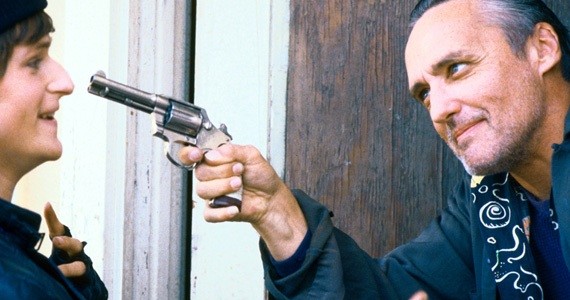 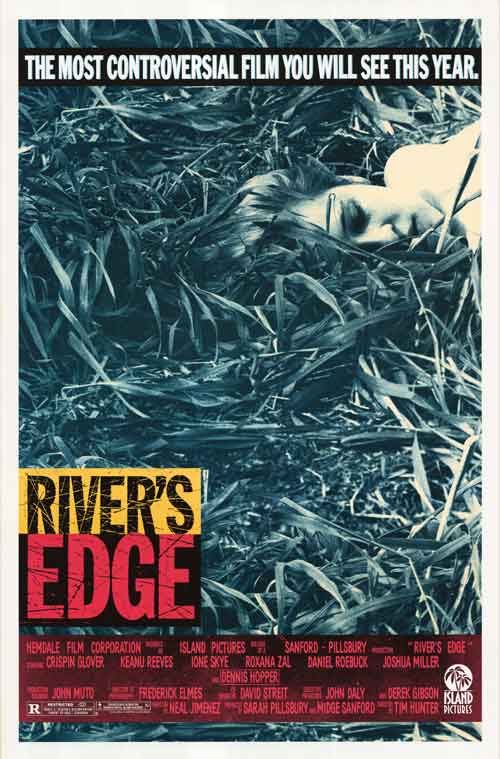 I finally saw RIVER’S EDGE for the first time only recently. In my mind, I’d always assumed I’d seen it, but that’s because I was thinking of 1994’s THE RIVER WILD, which is a fine thriller, but nowhere near as stark and original a meditation on youth and violence as this film is. 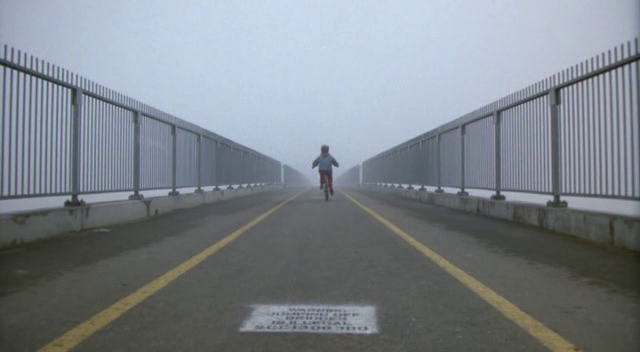 In RIVER’S EDGE, a bulky, morose teenager (played by genre survivor Daniel Roebuck) spontaneously kills his girlfriend by strangling her to death, and then leaves her lying in the grass in the titular location. Instead of running, or panicking, he calmly tells his friends what he’s done. None of them believe him at first, but then he brings them to see the body. The varied reactions between them are the heart of the piece. 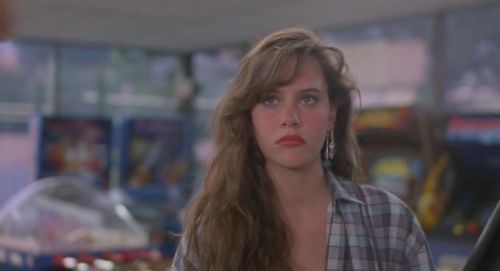 The girls, played by Ione Skye and Roxana Zal, are most immediately conflicted. It’s Crispin Glover, as Layne, the unhinged ringleader of the bunch, who persuades them all to help their friend out by not reporting the murder — his steadfast allegiances are to the killer and he hardly seems to consider the victim, who was also their friend. 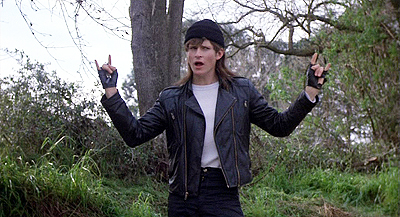 This performance has to be seen before it can even be qualified to be believed. It ranks among the most rubber-room crazy of all the hall-of-fame deranged performances of the decade — Dennis Hopper in RED ROCK WEST, Eric Roberts and Jon Voight in RUNAWAY TRAIN, Michael Keaton in BEETLEJUICE, Bruce Campbell in EVIL DEAD 2 — Crispin Glover is all the way the up there with those loons. The course of his entire career has its roots in RIVER’S EDGE.

Layne’s clearest opponent in the film is Matt, played by a very young Keanu Reeves, who actually comes off as a fair amount more decent than the character he’s playing, although that really works for the story. When he makes the choice to defy Layne, Matt finds an additional adversary in his younger brother, Tim, who wants so badly to be part of the crowd that he’s even more committed to covering up the crime than Layne was. Joshua John Miller is intense and unforgettable in the role, as he would be a year later in NEAR DARK, as a vampire much older than he looks. 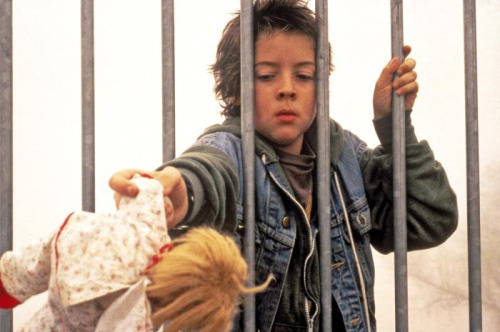 Also, keep an eye out for the late Taylor Negron as a convenience store employee who runs afoul of the kids, and oh yeah, the aforementioned Dennis Hopper has a supporting role as the gang’s honorary authority figure, Layne’s dealer, who has a loving relationship with his blow-up fuck doll. Yeah, when Dennis Hopper becomes the voice of reason in a movie, you know things are way out of hand and they ain’t coming back to it. 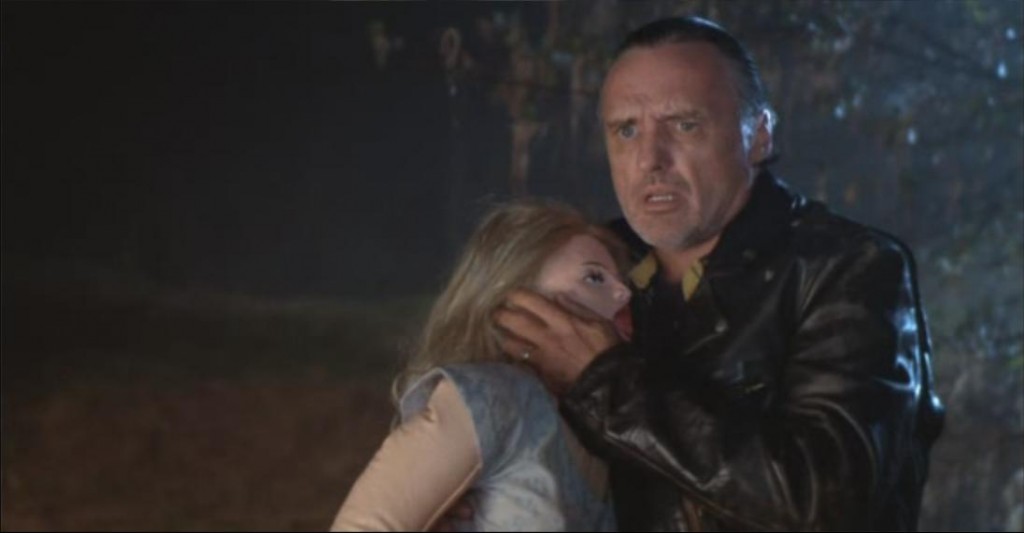 RIVER’S EDGE plays today at BAMcinématek as part of their Indie 80s series. The film recently made it to Blu-Ray, so either way, this is a good time to catch up with it. 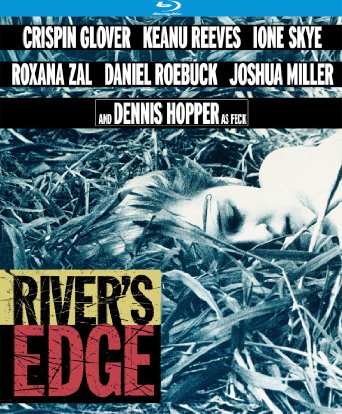 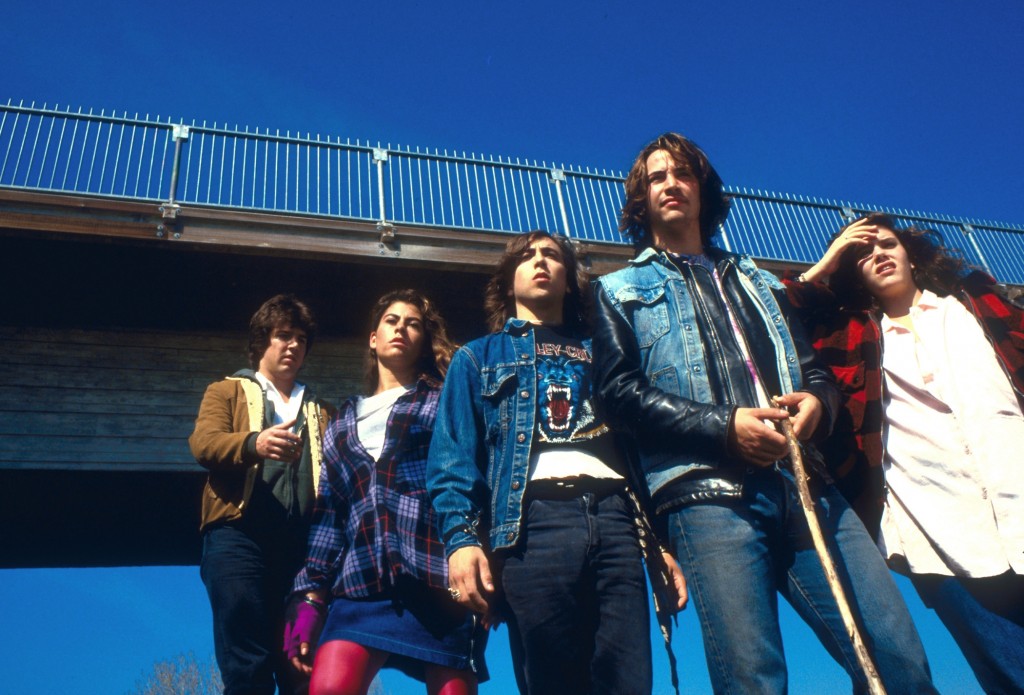