When creating a micro-budget film, it’s important to remember the constraints of the budget. All too often, I’ll review films that try to do too much with too little, and wind up falling flat. By working with the confines of a small budget, a filmmaker can still make an enjoyable movie. That is the case with THE BASEMENT. 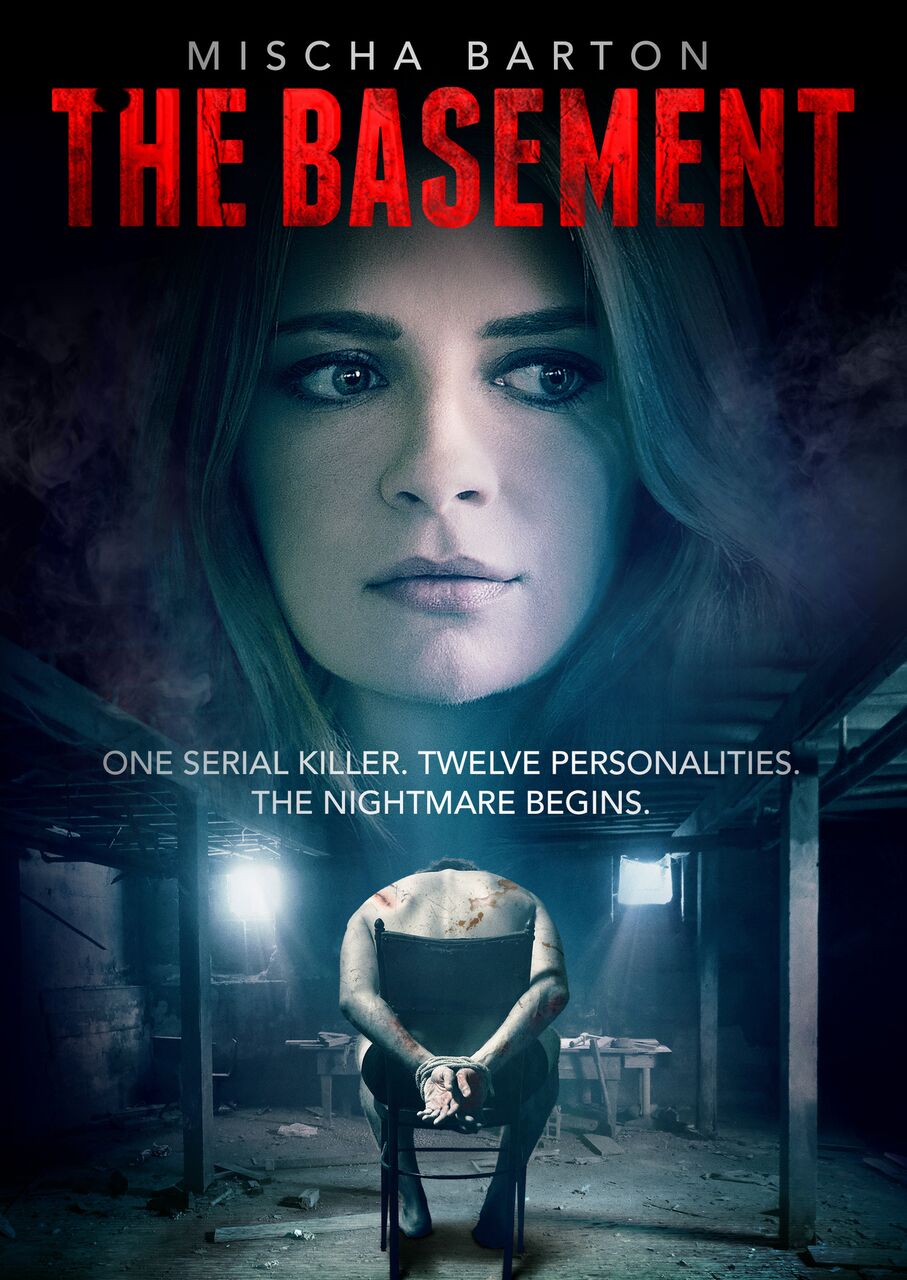 THE BASEMENT is an independent psychological thriller that uses its resources wisely, with limited cast and locations, creating a tight-knit film that grabbed my attention and didn’t let go until it was done with me.

The Gemini Killer, a.k.a. Bill Anderson (Jackson Davis), has the city gripped by fear. Everyone is on edge, and no one is safe. On a simple run to the store, upper-class nice guy Craig Owen (Cayleb Long) is kidnapped. When Craig comes to, he finds himself bound to an old-school desk in a dark basement. Shortly there after, he is greeted by the Gemini Killer, who is so named because of his multiple personality complex.

While Craig is being tortured, his wife Kelly (Mischa Barton) isn’t doing much to find him. In fact, multiple times she mentions her suspicion that Craig is cheating on her. She seems callous about the whole situation of her husband missing. Her damn husband has been kidnapped, and all she cares about is his alleged infidelity. 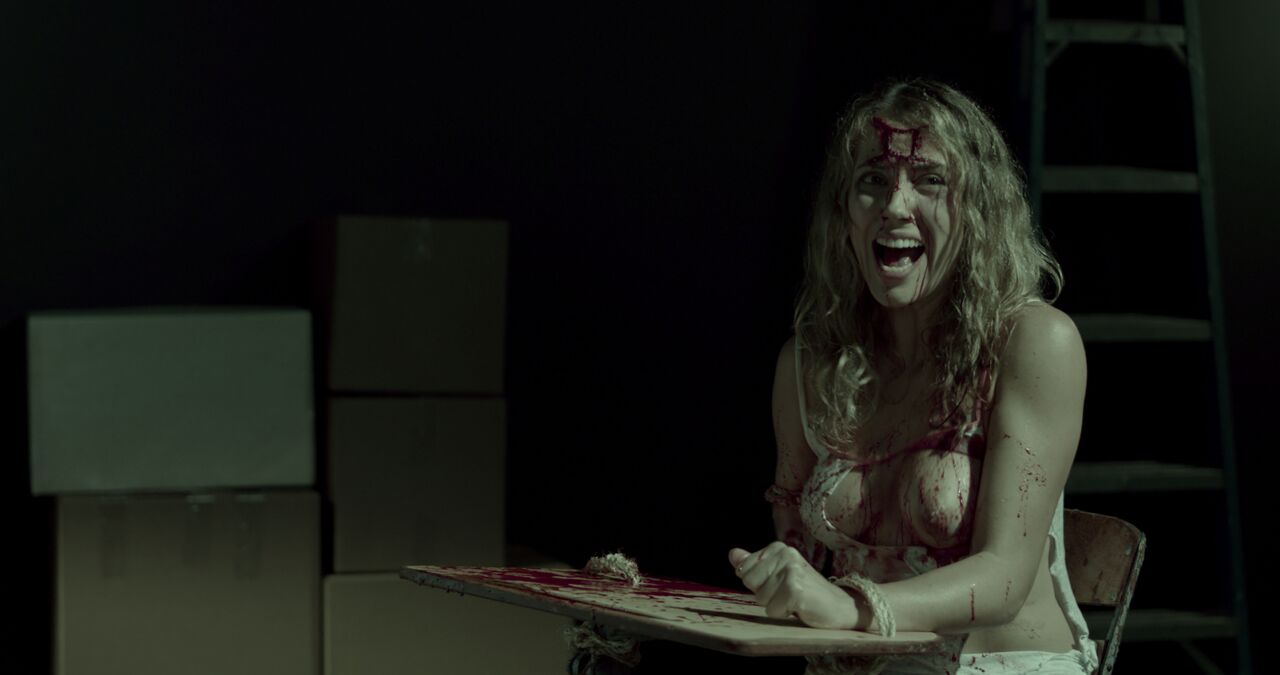 THE BASEMENT opens with a bloody, screaming female victim, and then it immediately cuts to a serene pool and calm music. This a great way to show the duality of a movie dealing with multiple personalities, and it sets the tone for the rest of the film.

When the Gemini Killer is first introduced his persona is of “Benny the Clown.” Ugh, I immediately rolled my eyes. I’m so sick of killer clown movies. Luckily, Benny was a likable personality. He was funny, proper, and brutal, and he didn’t last long. 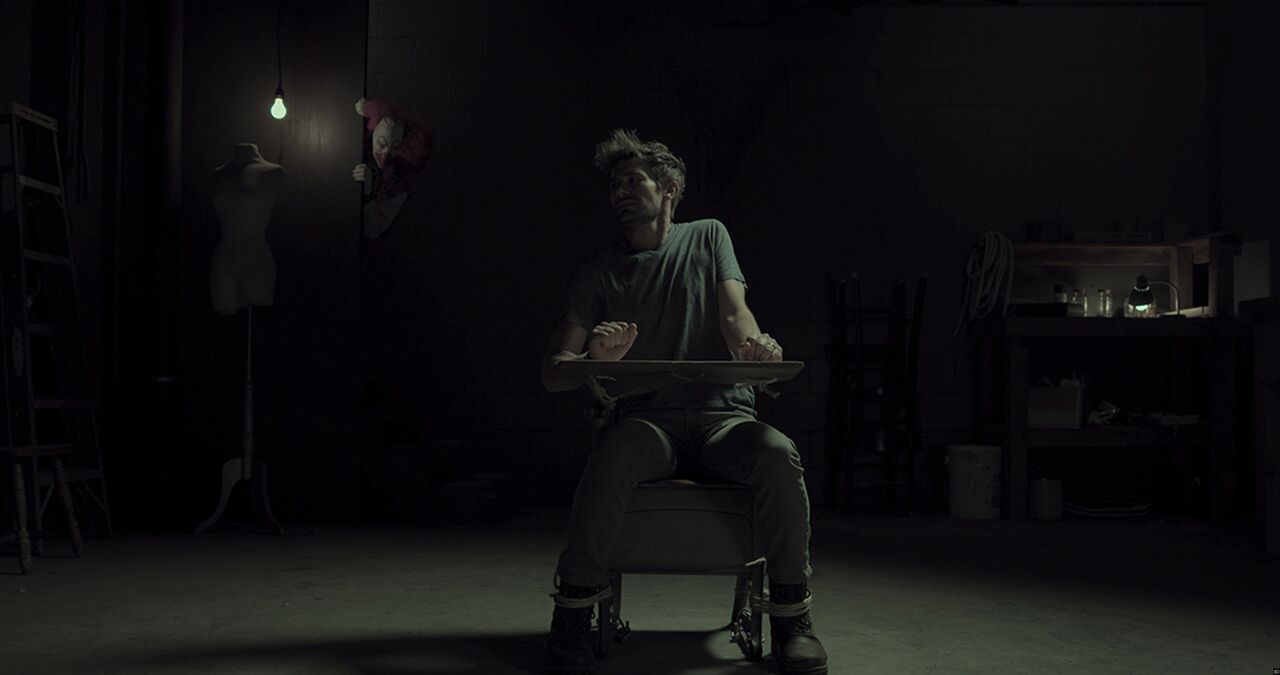 It doesn’t take long to discover that the Gemini Killer suffers from a bi-polar, schizo-affective affliction, very similar to James McAvoy’s character in 2016’s SPLIT.  The big difference in THE BASEMENT is that all the personalities are linked in a dark history of physical, psychological, sexual, and emotional abuse.

The interactions between Craig and Bill are intense. I was able to see that, even through the savage torture, Craig tried his best to break through to Bill’s more sensitive side. The acting with these two is absolutely top-notch. There is a great dynamic tension between them that is a real pleasure to watch. There is even a spectacular fight scene between them which brought to mind Nicolas Cage and Chris Bauer’s battle in 8MM. 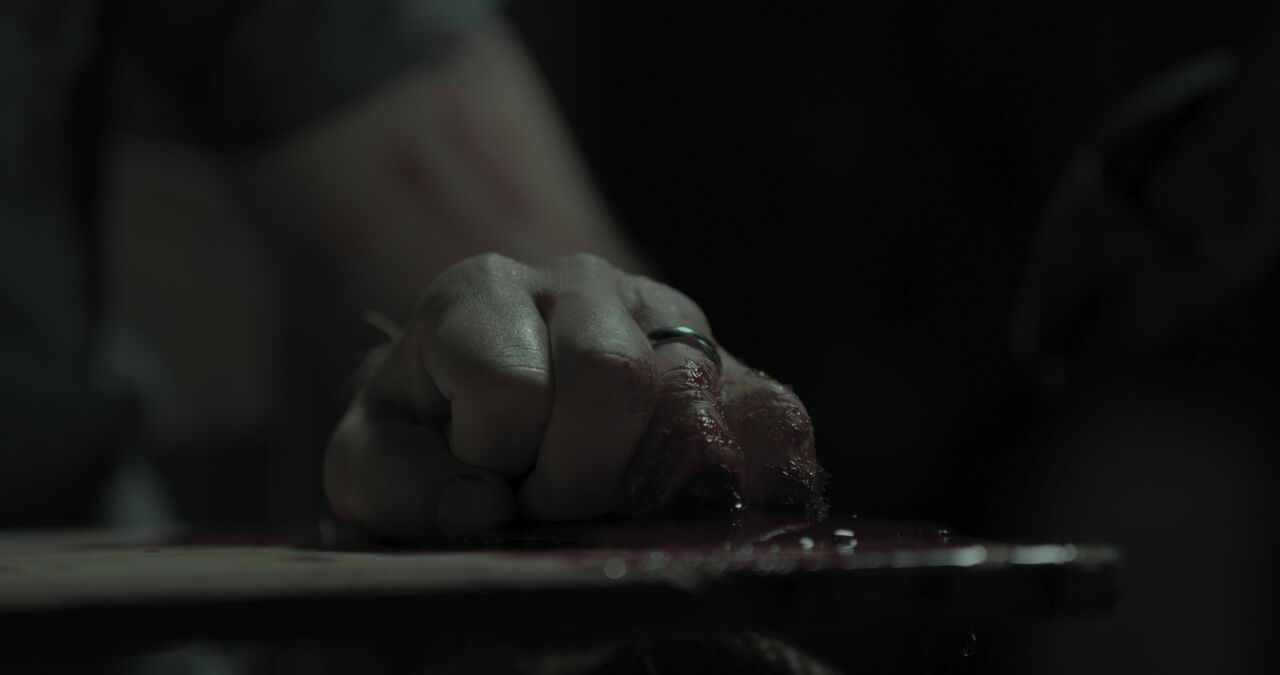 I’m completely blown away by the sadistic use of gore and violence in this film. More and more, movies are shying away from really hardcore bloodshed when they want to come across as intellectual, and thankfully, THE BASEMENT doesn’t shy away. Knives, blowtorches, baseball bats — you name it and they’re in there. This is definitely one for the gorehounds! 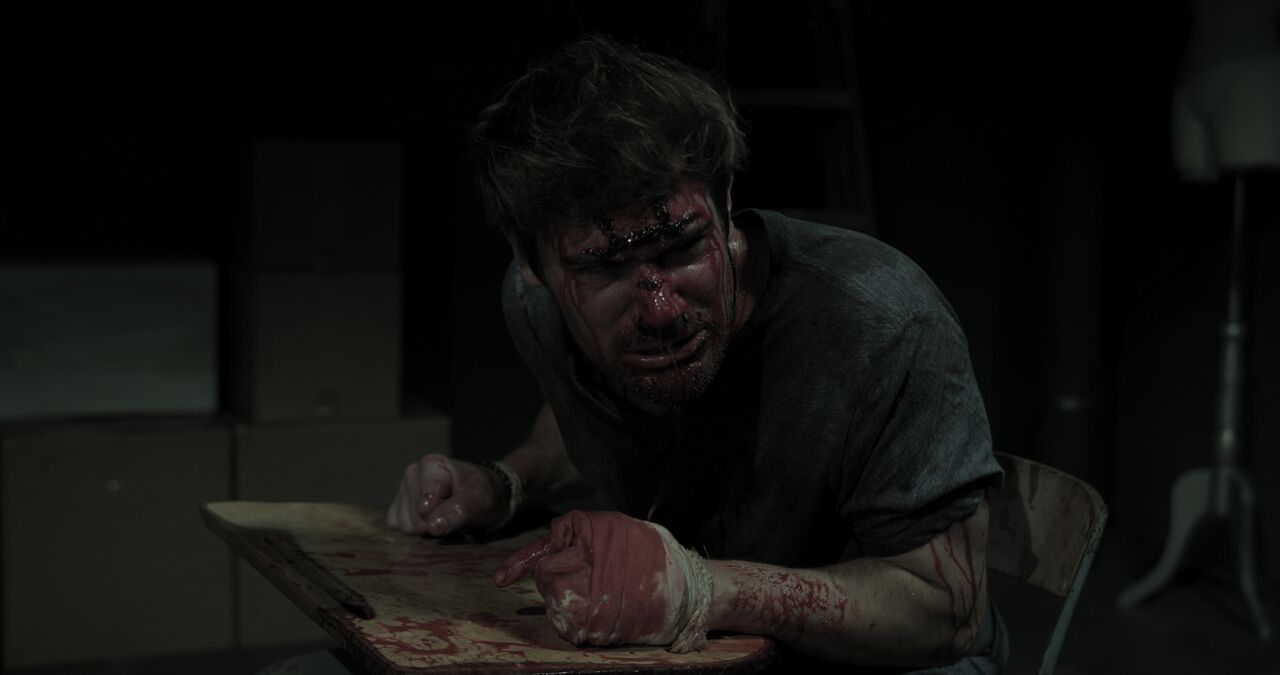 The finale of the film seemed unnecessary  and tacked on. That’s my only real complaint about THE BASEMENT. Other than that, it’s most certainly worth a watch.