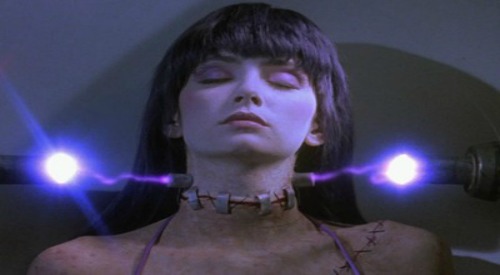 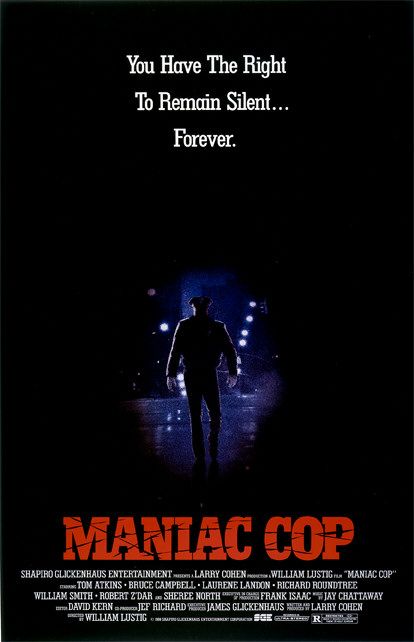 This August, the Nitehawk Cinema in Brooklyn will feature an unbeatable quartet of New York based grindhouse classics.  Tickets and showtimes here. Well, I can tell you the showtimes — midnight, across the board, as it should always be.

Setting things off with several bangs this weekend, August 2nd and 3rd, the series begins with 1988’s MANIAC COP, which I’ve written about in brief for this site here.  MANIAC COP is the only-in-New-York tale of a murderous undead cop on a kill-crazy rampage.  It stars the modern Mount Rushmore of Tom Atkins, Bruce Campbell, Richard Roundtree, and the unmistakable Robert Z’Dar as the title character. 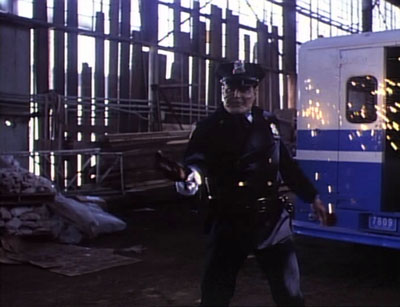 1979’s ZOMBIE, also known as ZOMBIE 2 (it’s just one of those things), is an epic outing from sadistic horror maestro Lucio Fulci.  Even by the notorious standards of the grisliest genre, ZOMBIE is remarkably, wincingly gory.  In the movie, ravenous zombies are discovered on a tropical island and they make their way to another island, Manhattan, murdering many, many living people along the way and in one unforgettable case, grappling with a shark, in a scene I wrote about here.  The spooky score by Fabio Frizzi is one of the best in horror history.

1982’s NEW YORK RIPPER is the only one of the four I haven’t already seen multiple times.  It’s another Lucio Fulci joint, which generally means you can expect extended scenes of wince-inducing gore.  A quick Google search conducted during the making of this article resulted in several images I can’t unsee.  Like ZOMBIE 2, it was banned in the UK during the notorious video nasty era.  Essentially an Italian giallo in a novel Manhattan setting, this is one of those movies that shows an early ’80s, dingy, graffiti-coated New York lost now to time, for better or worse.

1990’s FRANKENHOOKER is a movie whose plot you can probably figure out very quickly on your own from the title alone.  It’s a retelling of the Frankenstein story, with a New York grindhouse twist.  Instead of being built from the body parts of dead murders, the title monster is put together using Times Square hookers.  This one comes to you from Frank Henenlotter, of BASKET CASE infamy, and it’s really quite something.  I may write more about it by the time it screens at the Nitehawk, but in the meanwhile you can see what our fearless leader at Daily Grindhouse had to say here. And you don’t even have to take our words for it — no less an authority than Bill Murray provided a pull-quote recommendation for FRANKENHOOKER.

This last still frame, of course, earns this post an automatic R rating and probably a banning in Britain, but it was worth it, because can you look at that picture and not immediately need to seek out this movie?