AMERICAN MARY is dropping all kinds of crazy in 2012 and we are geeked to see what The Twisted Twins have in store for us. After getting our eyeballs rocked with DEAD HOOKER IN A TRUNK, Jen and Sylvia Soska are walking a to the terror train that I am sure is going to be stamped with both their humor and (more than a little) touch of the macabre. In anticipation of the film debuting at Cannes, The Twins are dropping the first official pic from the film. Dig it! 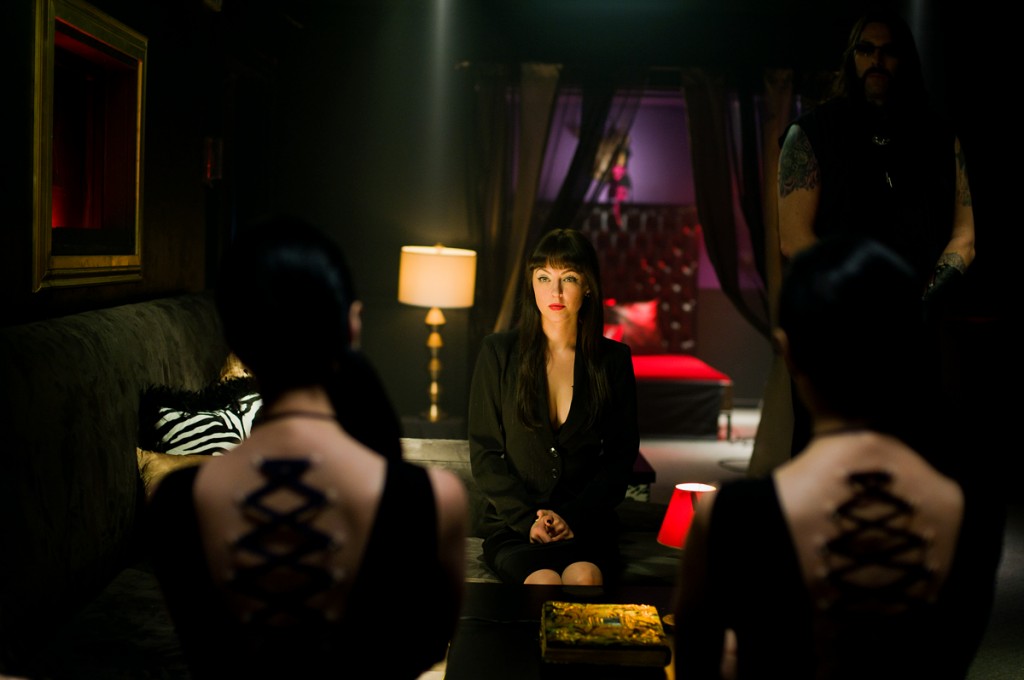 The film star Katharine Isabelle (GINGER SNAPS) who plays Mary, a medical student who becomes increasingly broke and disenchanted with the surgical world she once admired. The allure of easy money sends Mary into the world of underground surgeries which ends up leaving more marks on her than her so called ‘freakish’ clientele.