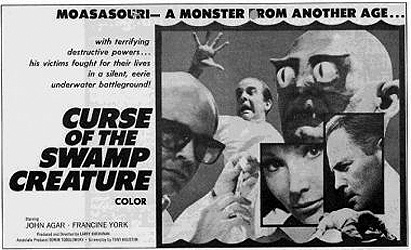 A cheapie classic by your pal Larry Buchanan, starring the incomparable John Agar and Francine York.

Shlock aficionados might remember Larry as the brain behind cinematic fare such as ZONTAR: THE THING FROM VENUS and THE EYE CREATURES, but I’ll always hold a soft spot for this little gem and MISTRESS OF THE APES. 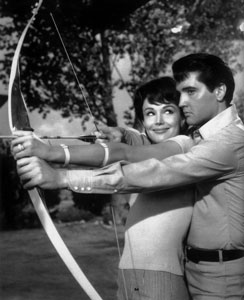 Does not star Elvis, though it may have helped.

This was one of the first b-movies I ever watched. I’m tearing up as we speak.