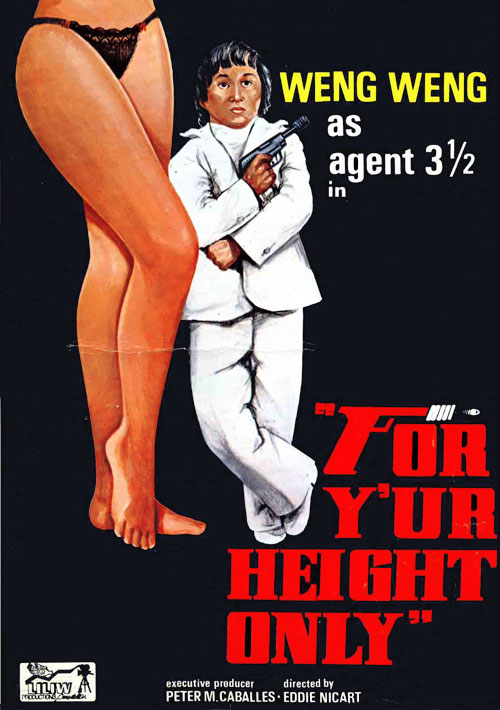 Weng Weng plays the diminutive international super-spy Agent 00 in the Filipino classic FOR Y’UR HEIGHT ONLY. Yeah, as you may have guessed, it’s basically James Bond as a midget.

Granted, this shit ain’t THE STABILIZER (what is?), but it’s still a good time. Booze encouraged.

Fun Fact: Timothy Dalton based his ill-fated portrayal of Bond on Weng Weng.

Rare outtake from THE LIVING DAYLIGHTS