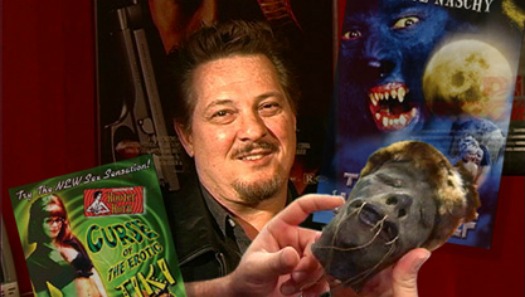 Director Fred Olen Ray – the man behind such cult classics as Scalps, Dinosaur Island, Bikini Drive-In, and Hollywood Chainsaw Hookers, as well as current SyFy fare like Super Shark – is the latest American auteur to set up shop on Kickstarter (click here ), where he’s hoping to ensnare some moolah for his latest project, a short film he’s calling Spidora. 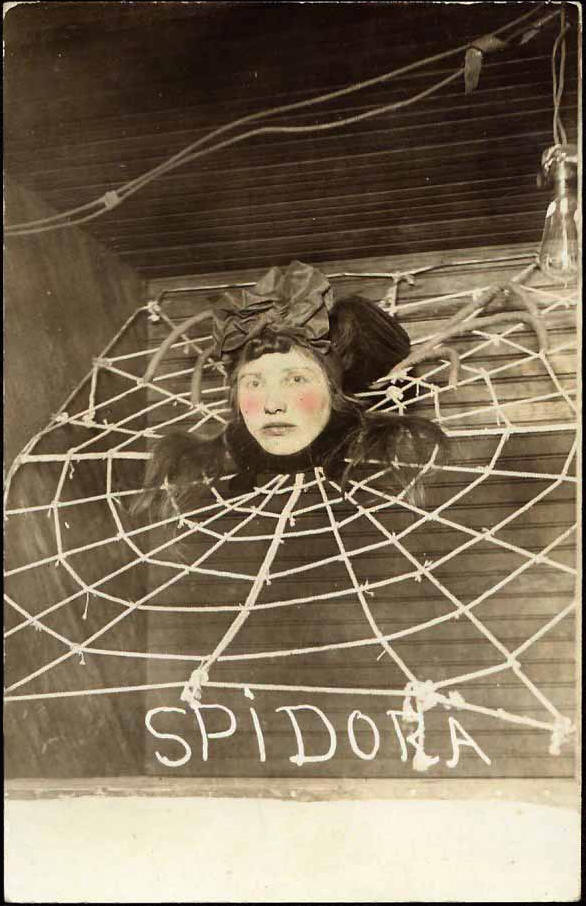 Freak show fans might already know what’s going on here, but for those of you who have never seen a bearded lady in person, Spidora was the a name of a midway attraction that boasted a creature with a human female head and the body of a rather large spider. In reality, Spidora was an illusion conjured with mirrors and a lot of industrial-grade pipe cleaners, but in the world of Fred Olen Ray, you can bet that’s not the case. Dig the synopsis:

“SPIDORA is a dark journey inside the world of Dr. Graves’ Palace of Illusions; a Museum of Human Oddities where mysterious creatures like Electra, Spidora and Mora, the Lobster Girl, command the stage. It is a world trapped between light and shadow where anything can happen… and does.”
To sweeten the deal, Ray already has a cast member in place: Jerry Lacy, a F.O.R. veteran who’s best known for playing Reverend Trask on the original Dark Shadows series, and the hallucination of Humphrey Bogart in Woody Allen’s Play it Again Sam. The film also already has distribution in place through Retromedia Entertainment, Inc., meaning that all the spiders are in a row except for the itsy-bitsy matter of financing, and that’s where the filmmaker is hoping you’ll step in.

At the time of this post, there were 9 days and $6,674 before Ray hits his goal. There’s a host of nifty incentives for pledging, and like Ray himself says, “if you ever wanted to be on the inside track as a film is produced, here’s an opportunity to get involved on the ground floor.” Give til it hurts, gang.