It was a career that included nearly 60 credits as director and 29 credits as an actor. Through it all, Richard C. Sarafian stayed under the radar with one, badass, Alpine White Dodge Challenger R/T exception. Sarafian passed away this morning at the age of 83 after complications from pnemonia. Though his career stretched from 1961 to 2011, Sarafian will forever be remembered and honored around the halls of DG, as the director of VANISHING POINT.  I dare anybody to watch that film and not get heavy on the gas the next time you get behind the wheel. VANISHING POINT works because it plays with existentialism and mythical undertones as the speedometer creeps further and further passed the breaking point, leaving a trail of dust and ideas. Some explored, some left on the road to bake in the heat. 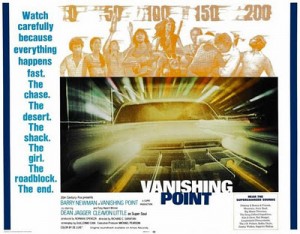 Sarafian directed other films worth a watch, EYES OF THE TIGER is fun vet-revenge/WALKING TALL kind of film with Gary Busy, but VANISHING POINT is the director’s Mona Lisa. Tarantino thanked him in the credits of DEATH PROOF and in more subtle (and not so subtle) ways in the course of the film, we thank him here and wish his family and friends our best. Rest well, Sir.

Our pals at The Projection Booth had a chance to talk to the director a while back. Can’t think of a better time to hit that episode. Click here to have a listen. 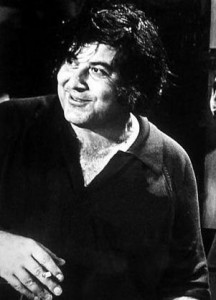