When the Hammer talks, we listen. We’d advise you do likewise, you don’t want that Jack in your face telling you what’s what, you dig? Vulture recently caught up with Fred “The Hammer” Williamson to talk LEGEND OF NIGGER CHARLEY and DJANGO UNCHAINED (always punctual those guys) and got a few soundbites I thought you Bastards would get a kick out of.

“You played the title role in The Legend of Nigger Charley in 1972. Quentin Tarantino has said that that movie was the only slavery film before Django Unchained that told a story of black-male empowerment. What did that character represent to you?

First of all, a black man kicking the slave master’s ass, which is the first thing I would do if I was a slave. I’d beat the shit out of somebody who was pushing me around. Then running away and going West — it’s a symbol of the fact that anybody is capable of being a gunfighter. It doesn’t matter what color you are. If you win the fight, you’re a winner. It’s a symbol of respect, it’s a symbol of strength. I was a hero black audiences could look up to.

Have you seen Django?

Are you in touch with Tarantino at all?

I appreciate the acknowledgement by Quentin of The Legend of Nigger Charley. I did a good performance with Quentin in From Dusk Till Dawn. But you don’t go knocking on the door of a guy like that and say, “Hey, put me in your movie.” If he wants you in the movie, then he’ll call you. I haven’t been called, so I’m not needed. But I’m emulated. I’m not needed, but I’m emulated.

What did you think of Spike Lee’s comment that seeing Django would be disrespectful to his ancestors?
That’s ridiculous. That’s flat-out ridiculous. Movies don’t emulate life. Why doesn’t Spike make a slavery movie? I’m available, Spike! We can make Nigger Charley 2, or Nigger Charley 3 and 4.

I thought there already was a Nigger Charley 2?

Yeah, there was a 2. That was The Soul of Nigger Charley. So this could be 3. Let’s make another Nigger Charley. That would not be as controversial as when I made it. The word nigger is not as big a deal today. I mean, that was a dirty word back in the sixties and seventies. We were still going through the transition, man. They were still siccing dogs on black people, hosing down black people on the corner. So what I did was controversial, and some people came to see what it was really like. We live in America. Controversy sells.” 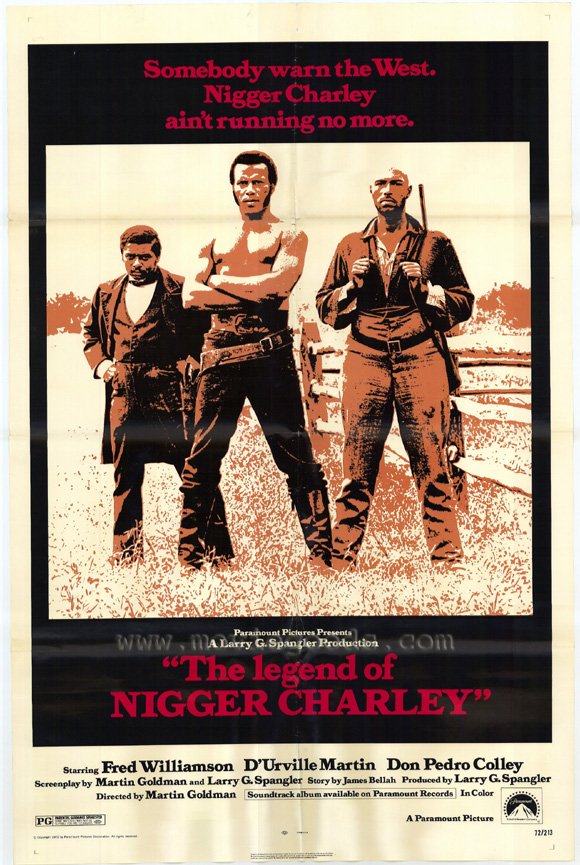