As you may know, if you’ve seen me around here before, my mental and emotional health has always been a bit of a wild ride. This was especially true during my 15 year long stint as victim of incredibly thorough and constant bullying for the entirety of elementary school. Such highlights include: the endlessly popular “if you speak to her you’re not allowed to be my friend,” some mild dragging across a parking lot, “kill yourself,” sexual harassment of a minor, “kill yourself” some more, and being followed around by neighborhood kids on bikes at all hours of the day which made me insanely socially phobic as well as suicidal and violently angry by the age of 12.

My sanity and my safe space were maintained pretty much exclusively by books and film. This kicked into overdrive in 2001 with the release of the first film of Peter Jackson‘s The Lord Of The Rings adaptation. 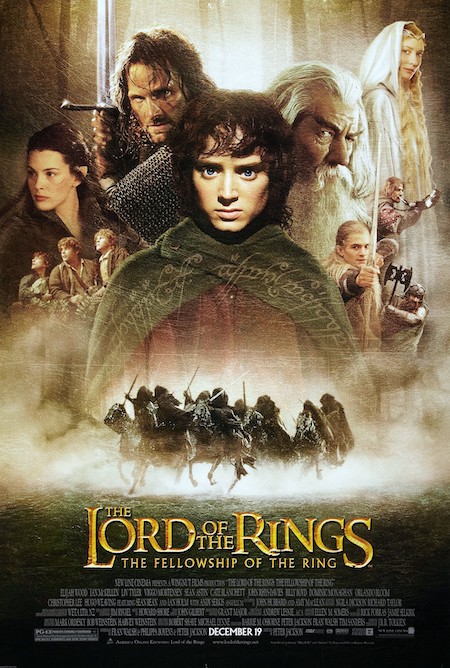 THE FELLOWSHIP OF THE RING blew my little nine-year-old mind out of the water with imaginative possibilities. In front of me on a screen was a massive, deep world that I could lose myself in and forget everything else outside and all the little monsters gnawing at my insides. With the subsequent releases of THE TWO TOWERS and THE RETURN OF THE KING, I had cemented myself into that world and all of the surrounding text, discourse, behind the scenes, and the gorgeous artwork of Alan Lee and John Howe.

In a time in my life when so much bad was happening personally, in tandem with the cosmic shift of post-9/11 national and global politics, the fierce and radical insistence on friendship, hope, and the worth of the struggle in the face of abject horror and misery kept me afloat in some of my darkest hours. I wore out the VHS tapes from my grandmother, and two copies (now three) of the extended edition DVDs. I wrote reams of personal fan content in spiral notebooks for no one in the world to see but me; a place where magic was real and nobody would call me a freak that deserved years of pain. I believed if a little hobbit could destroy the ring, then I could get through everything I was going through and come out the other end intact, if not scarred. In Tolkien’s words—I hoped without guarantees.

A few years down the line, it wasn’t enough to hide in this world and this literary tradition, shutting myself off from all else. I wanted to be part of it. I wanted to give other people the escape I had so desperately needed and the catharsis I felt in seeing archetypes that made me feel less alone in my personal burdens. I wanted, needed, to tell stories. In fact, a lot of my early work before finding my voice sounds like a tween trying to ape the prose of Tolkien including a sticking habit of very long sentences that I’m sure are still gently annoying to my mentors (sorry, Rebecca). I even wound up with a little shoulder tattoo based on the Haradrim war paint on the trunks of their mumakil in THE RETURN OF THE KING. Not counting the summer months in swimming pools, it’s my only visible tattoo, and a comforting reminder of where I’ve come from and where I’ll ideally go. 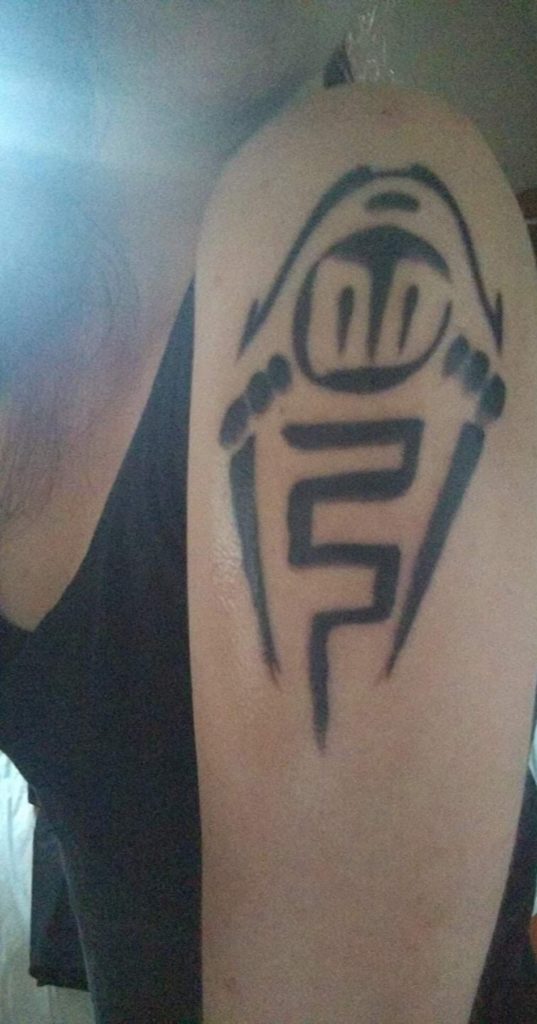 I don’t know where I’d be without those films. I don’t think I’d have encountered those novels organically without them. I don’t think the spark would have been lit that fanned into my endless attempts at a writing career. I wouldn’t have met my dearest friend (who came into my dorm to borrow a vacuum halfway through my watching the extendeds, again). I definitely wouldn’t have the stubborn tenacity I absorbed through watching the cast, crew, and of course Peter Jackson when they ground themselves to the bone to do something everyone said was impossible: to film the unfilmmable.

In truth, I don’t know if I’d even have made it past fifteen at all; which is a more than sobering thought. A broken life maintained by one little movie. A vibrant and fiery new life still existing in tandem with it, inspired by it.

Tolkien and Peter, thank you.

Tags: Giving Thanks, J.R.R. Tolkien, Peter Jackson, The Lord Of The RIngs