But y’know what? I’ll accept all of these things, and take to the challenge of weeding out those that don’t help the love of the culture in question, because the rest of fandom — the supportive parts, where we talk in depth about the things we love, and bond over discussing why these things are important to us — is still there. And unless you’ve gone without fandom for the things you love, it’s tough to appreciate that.

I’ve been fortunate to have been a part of some type of nerdy fandom, however tangentially, for my entire life. My mother was a regular at science fiction conventions, as an editor and writer of science fiction fanfic and filk songs. The idea of spending a few weekends a year with a group of people completely absorbed in the same general fan culture as I was felt normal. Being around other kids in school, the topics of discussion tended to run towards the science fiction end of the spectrum anyway—comics, Transformers, STAR WARS, Battle of the Planets, and Voltron were the biggest commonalities between myself and my male classmates. The science fiction conventions just seemed to be the grown-up variant, as though the stuff I was into then would just naturally evolve into the stuff I’d be into as an adult, albeit with more introspective content and significantly more alcohol.

But as time progressed, interest in things like comic books and the latest STAR TREK movie dropped off among my classmates as a whole. By high school, I was fortunate enough again to be at a place that had a higher percentage of folks interested in oddball cultures than the average locale (we had more goths than jocks), but the obsessiveness into specific cultures had begun to split into little sub-cultures of two or three people. Sure, they overlapped, but after I picked up an issue of Shock Cinema and found myself beckoned by the call of truly bizarre cinema, I didn’t really find my tribe.

I found that even among my friends who enjoyed horror films, there were limits. THE EVIL DEAD was great. ERASERHEAD was pushing the limits of their cinematic tolerance. FORBIDDEN ZONE was crossing the line. Nobody knew what to make of RUBIN & ED. I was becoming an island of cinematic obscurity. On the bright side, I was becoming the go-to reference guy for movies (heralding my future years as a video store clerk, a career path that seemed to have a neverendingly positive trajectory at the time), but on the other hand, I had nobody to commiserate with my failed quest to find a copy of EMPEROR TOMATO KETCHUP. 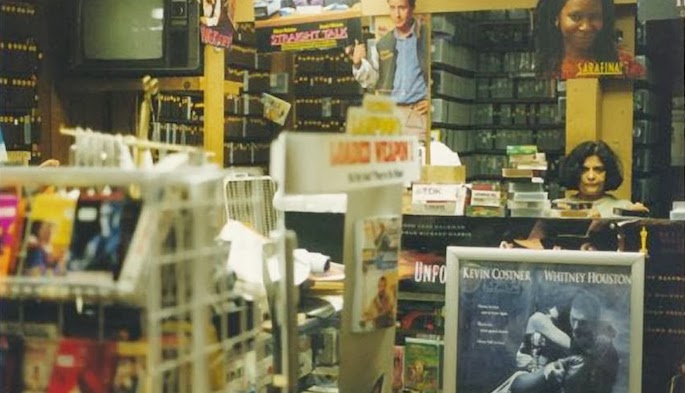 It wasn’t that the next few years, before social media exploded and I could join groups that were specific to love of, say, Concorde/New Horizons output between 1987 and 1990, were spent in woeful repose, longing to find someone who admires the output of Andy Milligan in the same way that I do. I had plenty of friends that were movie fans, could regularly converse about general nerd media topics with dozens of people in my local orbit, and even attend the likes of Fangoria’s Weekend of Horrors or something similar if I really wanted to fully immerse myself in horror fandom, provided I had enough black T-shirts for the weekend. There were even newsgroups for movie fans, and once you dove past the basic rec.arts.movies choices, you could get into some decent discussions.

But even in these situations, finding a stranger and connecting with them under the guise of knowing exactly that you were both on the same level of what specifically you were interested in at the moment? Being able to have an engaged conversation not only about the film in question, but being fascinated by its history, its distribution, its reaction to it by others? Beyond the most notable movies (you’re never less than 500 feet from a STAR WARS fan), it was a rare occurrence.

Social media, for all of its ills, changed that. It became easy to look at someone’s Friendster or MySpace profile, check out their favorite movies and general demeanor and say, “Hey, this seems like an interesting person to talk to.” And then you could! You could finally reach out to people thousands of miles away and geek out over your love for Russ Meyer films, and share other stuff you’ve found online about them. You could even trade tapes or DVD-Rs of movies, circumventing the grey market of lurid and questionable ads in the back pages of Psychotronic. Sure, this option had existed before, but social media made it so much easier to find those with the same specific type of obsessive fandom that you had.

I’ll admit fandom’s a mixed bag, and I’ve certainly encountered my fair share of those involved that turned out to be less than stellar individuals. (Hell, someone may say the same of me.) But I’ve “met” (or at least corresponded with — I’ve got a bad track record of actually meeting people in person) dozens of nifty folks online who genuinely love the same sort of movies that I do, and whose knowledge and recommendations keeps me as infatuated with movies as I’ve ever been. Toxic fandom gets all the attention, but knowing that a high school kid, whose immediate friends and family may not get why the hell they’re watching Hammer horror movies all night, can log on and find a community that supports and shepherds their love for classic horror cinema gives me hope that social media fandom can be a great thing. 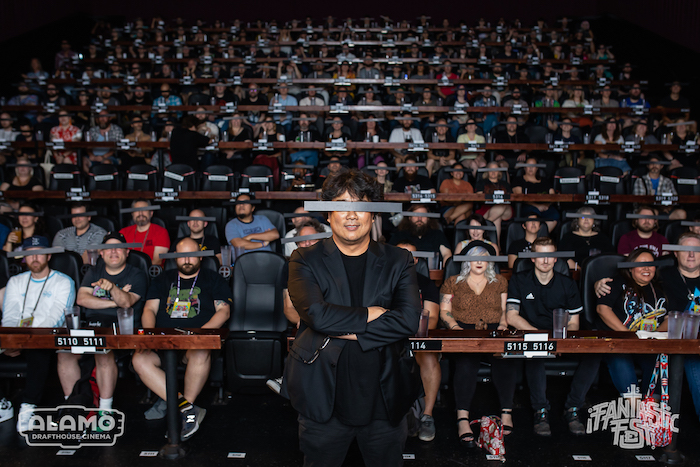