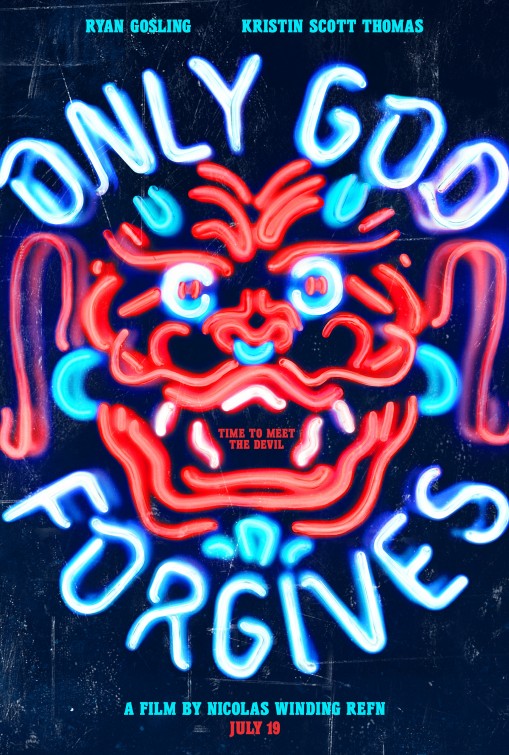 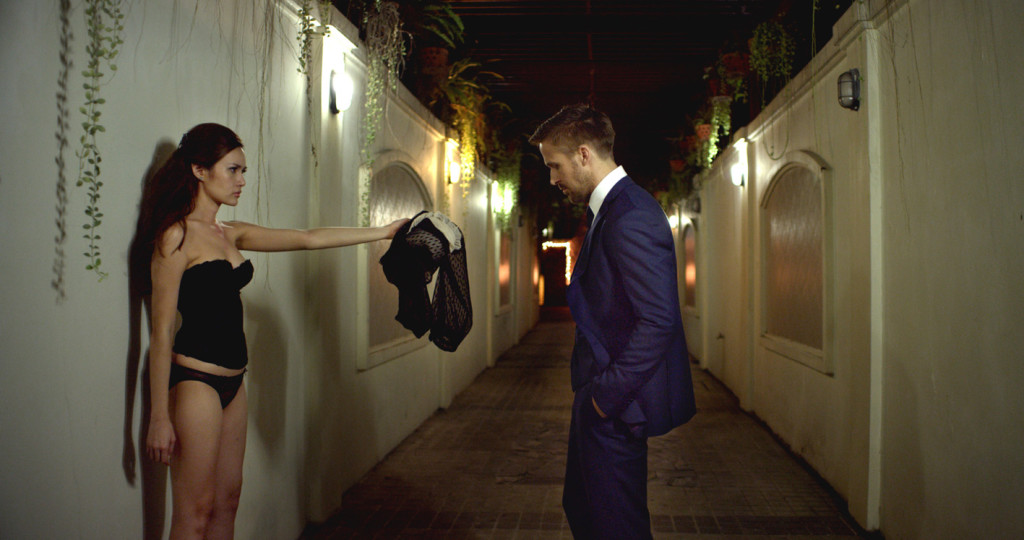 My best guess is that it’s the follow-up to DRIVE, such a breakthrough for director Nicolas Winding Refn and star Ryan Gosling. DRIVE was widely beloved because it was a love-lorn crime movie in dreamy 1980s drag, Michael Mann distilled for a new generation. DRIVE starred a heartthrob best known for THE NOTEBOOK, and it was hazily amorous and very music-oriented: It was PURPLE RAIN, if Prince had wielded a hammer on a nudie-bar owner’s front teeth. Now consider how ONLY GOD FORGIVES has many of the same signifiers as DRIVE: director, star, composer, poster artwork in soft colors… only it’s purple where DRIVE was pink. But comparatively, ONLY GOD FORGIVES is a very bitter pill. It’s darker, nastier, sleazier, and ultimately unreassuring. DRIVE‘s ending was romantic; ONLY GOD FORGIVES‘ ending couldn’t possibly be any bleaker. That’s hard to take, especially if you weren’t expecting it. 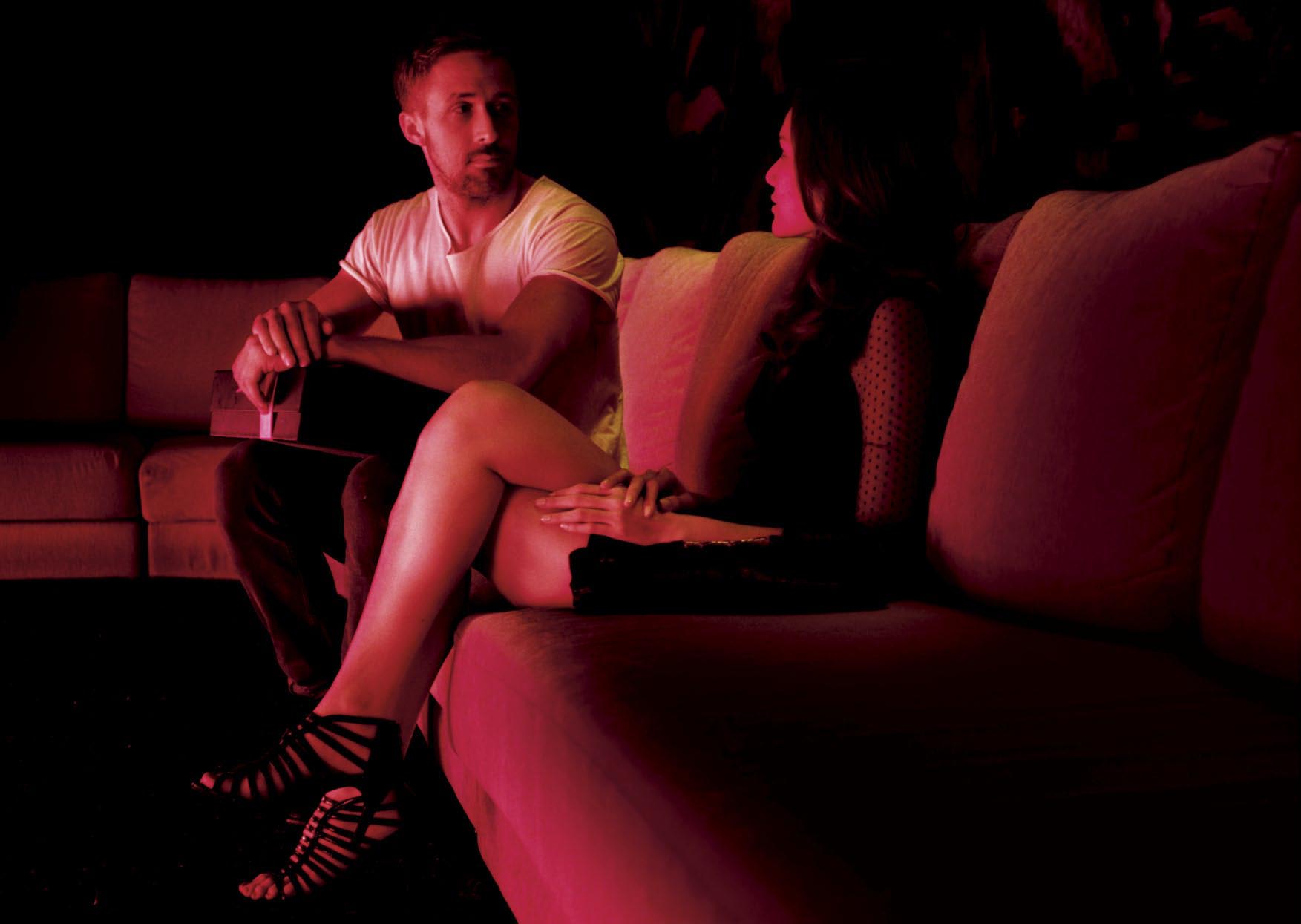 But even if you violently disagree with me about the storytelling qualities of this movie, I must ask, particularly if you are a person who writes about films professionally: HOW CAN YOU ASSHOLES DISCOUNT A MOVIE THAT LOOKS LIKE THIS?

The cinematography is by Larry Smith, who did lighting on Stanley Kubrick’s EYES WIDE SHUT. The Kubrick connection is intriguing: In ONLY GOD FORGIVES, Smith’s camera roves through darkened hallways and dangerous alleyways in a manner which could easily recall Kubrick’s lone horror film. In a calendar year that also brought ROOM 237, a deranged documentary parsing THE SHINING for hidden meaning, here’s that same film’s demented grandson. 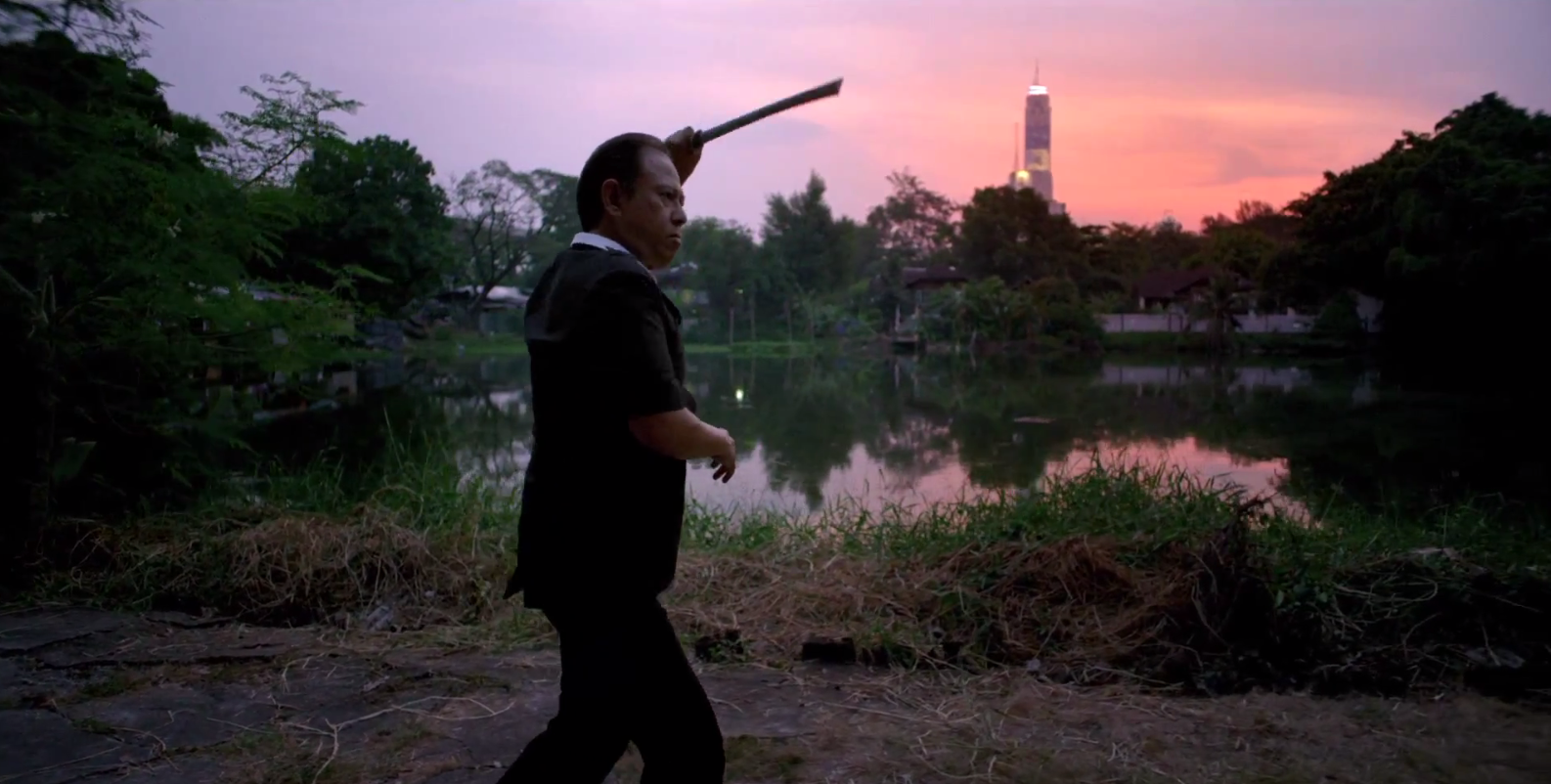 Combined with the pipe-organ-heavy, PHANTOM OF THE OPERA-feeling score by Cliff Martinez, ONLY GOD FORGIVES goes beyond eerie. It’s hellish. The awful violence and upsetting sex only contribute to the sense that this movie is transpiring in some dark netherworld. At the same time, when the graceful camerawork encounters the lush production design by Beth Mickle, the movie reaches a level of supreme beauty — there are colors in this movie that feel like they were only just discovered by the movie. Those who complain about the supposed slowness of the movie clearly aren’t taking the time to luxuriate in its visuals. Are we theater people or are we film people? Try to remember, this is a visual medium. The pictures should matter as much as the writing or acting should. 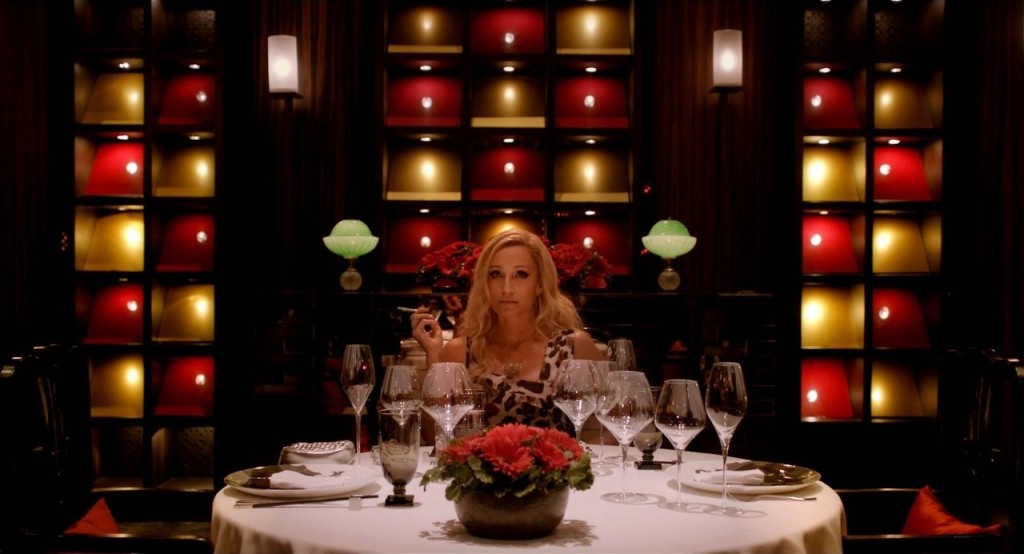 This film, sparse on plot, makes sense when looked at as a kind of Purgatory. There are no heroes here. Gosling’s character, Julian, is an American running a drug business in Thailand, the worst kind of Ugly American. He sees a prostitute named Mai regularly, but she seems terrified of him and his barely-contained rage. Just because she’s beautiful and so is he, that doesn’t make this a romance. Julian’s brother Billy is a more overt kind of monster, having raped and murdered an under-aged prostitute. When Billy is killed, his and Julian’s mother Crystal arrives, demanding that Julian avenge his brother. Crystal is a piece of work, sexually inappropriate, vicious, and lacking in any kind of morals. Kristin Scott Thomas is awfully magnificent in the role — she’s rarely been this interesting and formidable before. Julian doesn’t seem strongly inclined to avenge Billy, so she pushes him until he makes an attempt, which doesn’t end well for anyone. The entire engine of the plot — avenging a despicable killer and sexual deviant — has not a trace of nobility. There’s no one here for an audience to latch onto emotionally, which may be another reason viewers have trouble with it.

For me, I found the most fascination with the film’s most active character, Chang, the police lieutenant who patrols the Thai underworld with a fearsome coldness and a sharpened sword whose blade is kept busy throughout the film. Thai actor Vithaya Pansringarm would be nobody’s idea of an action hero — he looks like he could disappear into a crowd — but his performance here is redoubtable, elemental, almost mythic, more akin to a Leone character than anything else. If Sergio Leone were still working in the Twitter era, I wonder if people would find his movies slow, or indulgent, or impenetrable, or whatever people have attacked ONLY GOD FORGIVES for being.

This is the one movie on my 2013 year-end top-ten list that I predict all these slickster critics who crapped on it back then, even grouping it among the ‘worst of the year,’ are going to regret and try to quietly take back in five or ten years. And even if I’m wrong about that, listen: ONLY GOD FORGIVES is a movie where the nominal villain dismembers the nominal hero and then sings a lullaby over the end credits. Even if I am the only person on Earth who loves that particular thing, I am going to continue to love the shit out of it and nobody can stop me. 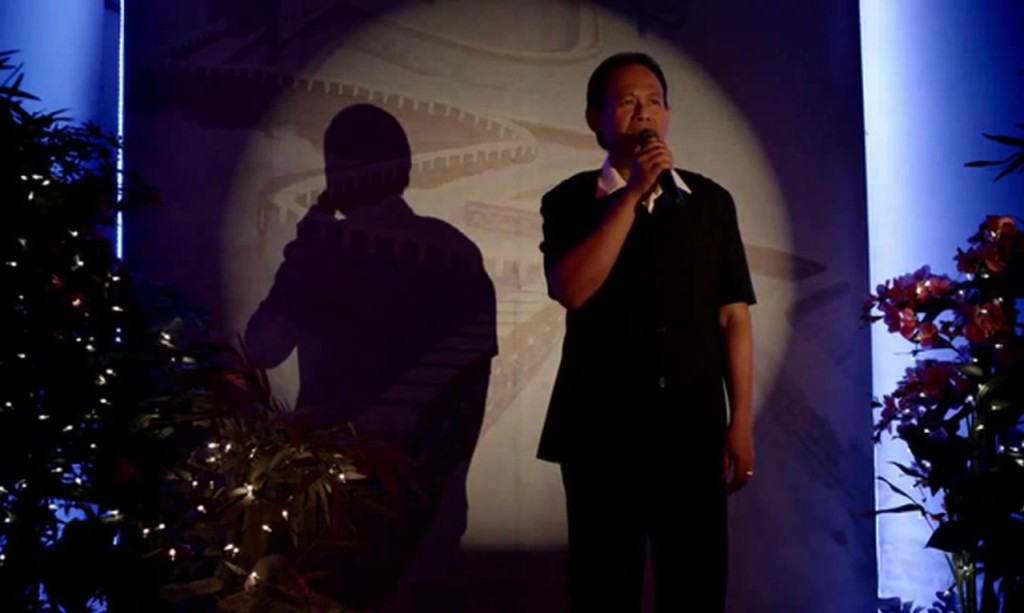 ONLY GOD FORGIVES is being shown at Cinefamily in Los Angeles as a double-feature with the new documentary, MY LIFE DIRECTED BY NICOLAS WINDING REFN. 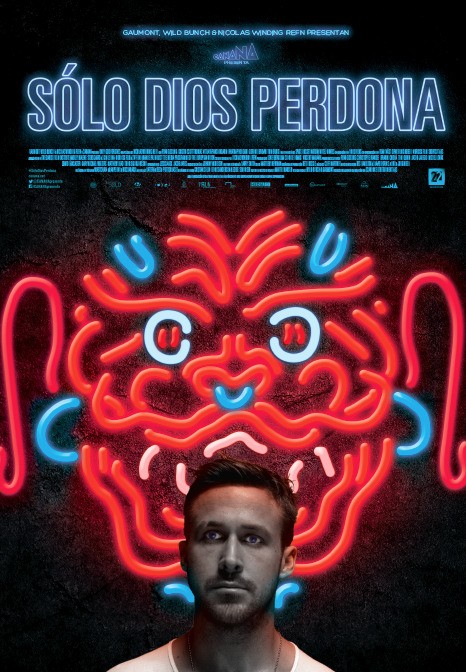