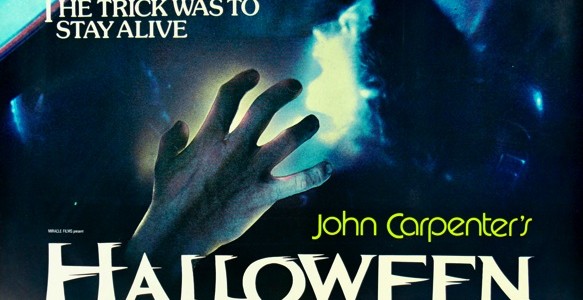 When the discussion of classic movie monsters comes about, many may imagine Frankenstein’s monster, the Mummy, or even the Wolfman. Their imagery is iconic, recognized by those who might never even seen a movie featuring them. Many decades later, they’re still around, but are now in the company of a new generation of monsters, some who are more brutal and vicious in their nature. Alfred Hitchcock brought to the big screen everyone’s favorite momma’s boy, Norman Bates, who is still present in America’s consciousness as the TV show BATES MOTEL enters it’s fifth and final season next year. 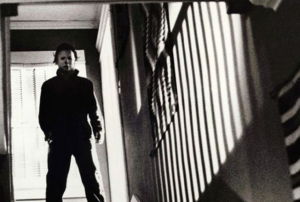 In 1978, director John Carpenter introduced us to Michael Myers, a silent killer who escapes from a mental asylum several years after being committed for killing his sister. His lack of communication is substituted with POV shots and heavy breathing as he walks around wearing a spooky white mask on Halloween, watching unsuspecting teenage girls. One, Laurie Strode, takes notice, but she dismisses it as mere paranoia. It is the scariest holiday of the year after all and everyone is entitled to one good scare. What makes Michael even more eerie is that he was locked up during some pivotal years yet somehow is capable of driving himself around and knows how to get back to his hometown of Haddonfield, Illinois. We witness as he stalks our main cast and his psychiatrist, Dr. Loomis, attempts to get to Michael before any damage can happen. There’s a vague sense to Carpenter’s film that is beloved by fans as motives are unexplained and connections are left unsolved, but answers are given in later sequels both hated and adored. 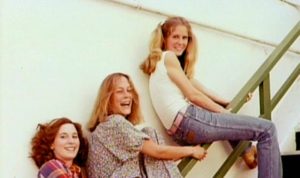 In the early 2000s, musician Rob Zombie delved into cinema with his cult favorite HOUSE OF 1000 CORPSES and the widely acclaimed sequel THE DEVIL’S REJECTS. He utilized nostalgia from his favorite horror films of the 70s into his projects, creating throwbacks before it was cool. He quickly gained a reputation as a face in horror to pay attention to and was given the reigns to helm a remake of HALLOWEEN, following the despised HALLOWEEN: RESURRECTION. 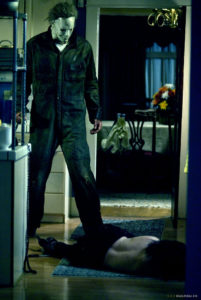 Zombie’s version of HALLOWEEN is a mixed bag. We are given plenty of exposition, showing Michael as a child inside the most foul mouthed of families, yet feels ignored and is teased at school for being weird and having a stripper mother. He tortures animals and eventually snaps and kills one of his classmates. He goes home, dresses in costume and murders his sister, her boyfriend, and stepmother in brutal fashion. His mother, Deborah, comes home from work to a bloodbath and Michael holding his baby sister, Angel. Michael gets committed, unaware of his crime, and is still insane as he continues to kill, causing his guilt-ridden mother to kill herself. Angel gets adopted by the Strode family, becoming Laurie and has no idea of her biological family’s history (until the sequel that is). While the first half of the movie is original Zombie material, the second half plays as a direct remake of the original as Michael escapes and offs our horny teenagers in much more graphic ways than the original. One change, that I welcomed, was that Laurie ultimately saves herself in the end, being the one who pulls the trigger on Michael, screaming her head off covered in blood. That final shot is one of my favorites from a Zombie film. 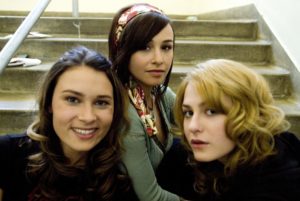 So how do the two stack up against each other? Which one is preferred is a much bigger debate that I expected. A common response from younger viewers is the Zombie version, possibly due to a more extreme approach and those who need a backstory to fill in the gaps. Then, there’s the older generation, who, like me, love the original. My main issue with the remake is that Laurie and her friends aren’t given much time to connect with the audience, which is part of why I love the original. Annie and Lynda have some of the best lines in Carpenter’s film, providing some much needed humorous moments during a rather grim story. The three girls’ friendship feels raw as they disagree and tease each other the way only real best friends are allowed to. While much time is spent on Michael in Zombie’s film, the girls feel thrown in as mere bait for the killing, being as profane as possible and showing off as much nudity an R rating can give. Franchise fans were excited when Danielle Harris was announced to return to the series, this time as Annie. Unfortunately, she isn’t given much to work with here until the sequel where I feel Harris delivers one of her best performances.

Who wins the battle between the two movies is out there for discussion, really depends on what kind of material you prefer with your horror. Carpenter gives us a patient, slow burn experiment in independent filmmaking while Zombie gives us some answers and a much more violent interpretation of events. I think Zombie had good intentions and probably experienced some studio interference as his HALLOWEEN really feels like two different movies spliced in one. I say Carpenter’s film is the real winner, but it’s interesting to see a completely different filmmaker take on the same material.