Graham Denman knows his way around an indie film set. The actor and filmmaker has a CV loaded with low budget features and shorts, dating back to his first appearance in Eben McGarr’s grimy torture flick SICK GIRL. It’s a world he’s called home ever since, taking the slings and arrows of no-budget film production. And it’s that authenticity that brings life to his debut feature as a director, GREENLIGHT.

GREENLIGHT is as much an honest portrait of what it means to be a first time filmmaker struggling through the frustrations of making your hopes and dreams happen as it is a nasty little horror thriller about a poor young man in over his head with malevolent and depraved forces.

Jack (Chase Williamson) has finally got his shot. Years of frustration trying to parlay acclaim for his short films into a feature film career, only to be denied his dream, told repeatedly that he has to make a feature to, well, get a feature made (who hasn’t felt that sting of “experience needed?”) have rendered the poor man desperate and bitter. He’s a joke to the rich parents of his successful author girlfriend, reduced to barely solvent gigs P.A.-ing on low budget fare just to make a few spare coins and maybe an opportunity to network. 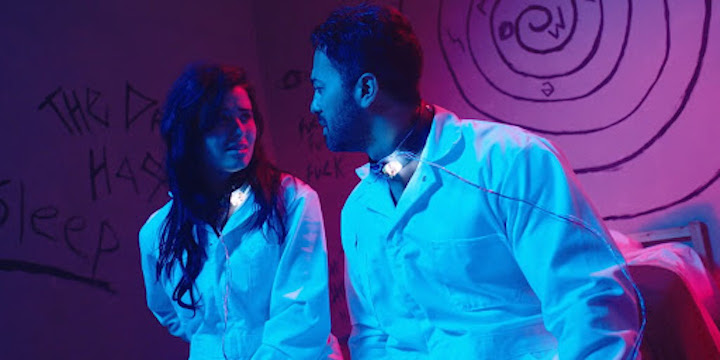 So imagine his delight and surprise when he’s offered a chance to direct THE SLEEP EXPERIMENT, a mindfuck “psychological thriller” about the titular science procedure gone wrong. It’s a straight for-hire effort: the film is written and cast, but the original director has dropped off mere weeks from shooting. Is three weeks enough time for Jack to prepare?

The project isn’t a prestigious one, but still promising: the producer is Moseby (Chris Browning), a veteran of the schlock horror field. He’s a seen-it-all, been-around-the-block cynic, his passion for filmmaking snuffed by years of hard toil and harder earned success. And he’s happy to give Jack his big opportunity at full time success. Under one condition: Jack has to murder his lead actor Damien (Victor Turpin), staging a CROW-like on set accident during a climactic stunt, eliminating the man from Moseby’s life. Oh, and if he refuses? He gets framed for the murder of the previous director.

When I first heard the logline of GREENLIGHT—first time filmmaker is forced to shoot a murder—I admit I expected the worst. Was it going to be one of those low rent, self-consciously “wacky” horror comedies about a naif gorily in over their heads? Or, worse, some mediocre work of faux-snuff “look at how extreme we are!” DIY nastiness? The answer, is, thankfully, neither. GREENLIGHT is, instead, a terse thriller of claustrophobic De Palma-esque moral quandary. Once he finds out the price he has to pay to enter the echelons of Hollywood, Jack spends the rest of the runtime desperately trying to find a way out of his predicament—all the while trying to keep a straight face in front of his cast and crew.

He grinds by each day, knowing what he has to do, but he can’t tell anyone. As he grows more and more detached from the film, concern begins to grow amongst his cast and crew (which includes horror vet Caroline Williams as Nancy, Moseby’s wife) about his ability to handle the work. Jack playacts the role of in-over-his-head noob, but he’s really questioning the ethical murk he’s waded into. None of us have ever had to secretly murder someone (I hope) but how many of us had our dreams come true only to realize that paradise requires uncomfortable compromise? 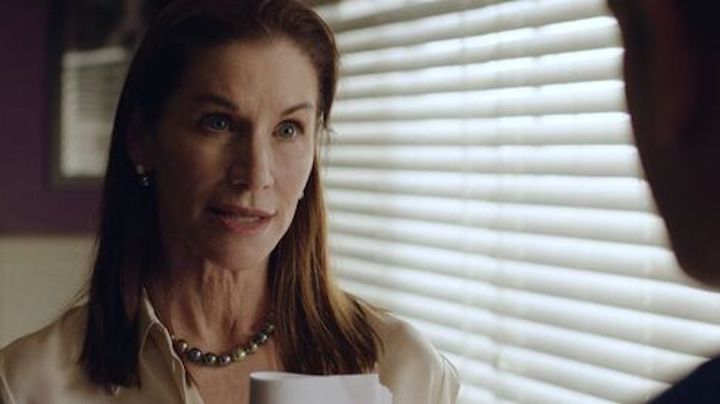 Denman grounds his film in an authentic reality. Even those who haven’t made a film get Jack’s plight, the desire to achieve in a realm you wish to work in, only to have dreams dashed on the shoals of “experience.” You can’t even get a job as a barista nowadays, it seems, without first having been a barista. It’s frustrating and demeaning and can leave one feeling hollow and attacked. And Williamson perfectly captures that desperate blend of anxiety and spasms of go-getter confidence that plagues one following the path to realizing their dreams. 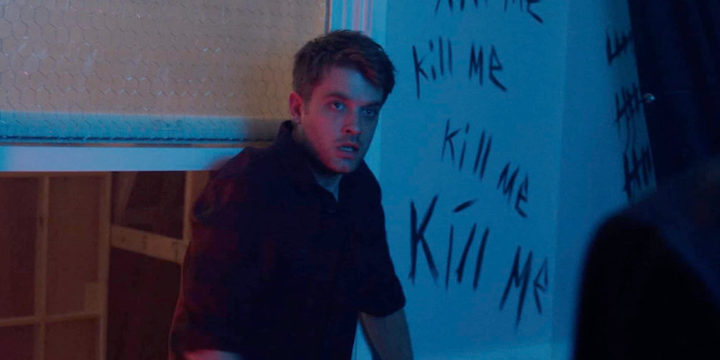 Williamson has always displayed a wholesome sympathetic manor in his roles—he’s horror’s answer to Tom Hanks—and Denman exploits that for what it’s worth. Jack is an endearingly empathetic hero—we buy his struggle and want him out of it. And he’s well matched by Browning, who’s given a role that should launch him into low budget stardom. The long time character actor gives a performance of calculating malevolent glee; Moseby is slimy, knows he’s slimy, and uses his brusque air of “yeah, whatever” cynicism to lure you in. He’s a charismatic reptile. There’s a Jeff Kober-vibe to Browning that indicates that he’s a heavy to look out for in future films.

GREENLIGHT‘s biggest issue is its ending, which wraps things up with a deus ex machina twist that indicates Denman didn’t quite know how to stick his landing. Still, it’s a small bump. GREENLIGHT is a rock-solid Hollywood thriller with a touch of authenticity that promises good things to come from Graham Denman. As long as he didn’t have to kill to get there.

GREENLIGHT comes to Digital and VOD platforms on February 25th, 2020. 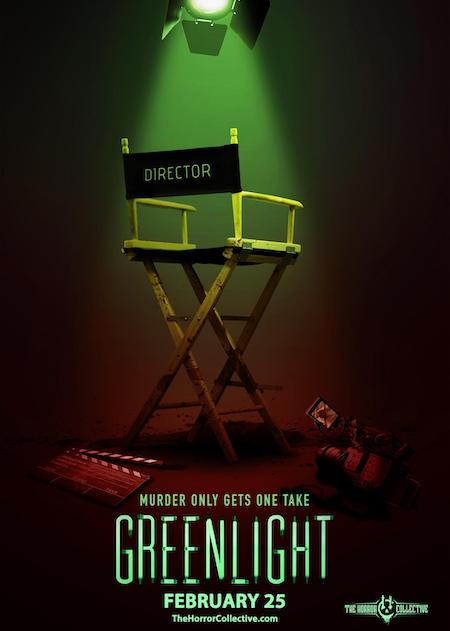