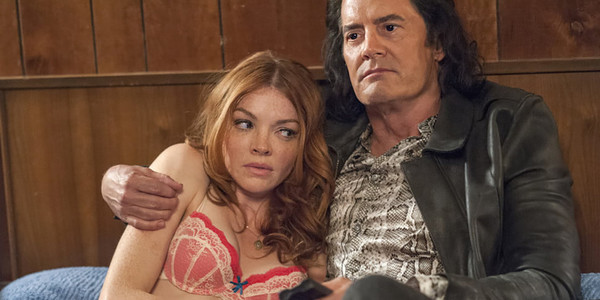 MEMORANDUM FOR ALL AGENTS AND HIGHER RANKING OFFICIALS

Two agents returning to the bureau just over a year ago have reported paranormal activity in the small town of Twin Peaks located in Washington state. Many of you may remember a murder investigation from about twenty-five years ago that involved several of our agents, including Agents Dale Cooper, Chester Desmond and the long lost Phillip Jeffries. Those of you with enough security clearance are encouraged to look up the info from the bureau’s archives. The investigation involved the murders of Teresa Banks, Laura Palmer and several others. The events surrounding these murders is not only highly classified but also highly unexplainable. The two nameless agents who uncovered this new information are currently unavailable. As a result we have an undercover agent located in Chicago that is monitoring the situation from afar. He’s got his own M.O., Modus Operandi!

In these demented times that we currently live in, the bureau has been all but forced to find new and more efficient ways of clandestine communication. A text message or even a phone call can be intercepted by the enemy. A secret code can be intercepted yet not understood. Several years ago our genius analysts began buying domain names and creating “fake” websites. Some of you may already know this but these websites are going to be the new way that the bureau distributes classified information among itself. All classified information regarding the Twin Peaks situation will be reported weekly through a website called dailygrindhouse.com. I have absolutely no idea what a “grind house” is. I think it has something to do with pornography or some of that weird stuff that young people seem to like. Nevertheless, coded and classified information will be available on this website. Those with proper security clearance will be able to decode such information. To everyone else this will appear to be an ordinary website. Proper protocol should be followed to the furthest and farthest extent. This is a Blue Rose case. For all intents, purposes and intensive purposes this case should be treated like religion; practiced but not talked about. Only spoken about when needed to be and done so only through code. No need to convert followers. Only the need to walk the narrow way. This reopened case will be codenamed THE GREY LODGE.

There’s a narrative technique that I rarely ever see. I don’t even know if it has a name or if it’s even a narrative technique at all, but I must’ve seen it before somewhere. It only works if we’re already familiar with the main characters through either reboot or in this case, episodic continuity. We start out with an entirely different set of characters in an entirely different set of situations. We wonder who these characters are and what they have to do with anything. We slowly learn more about their lives and maybe even start to care. Then we either slowly or suddenly learn what they have to do with the main story that we’re following and hopefully it turns out shocking. David Lynch’s Twin Peaks: The Return uses this theoretical technique and it’s all the better for making the story interesting. 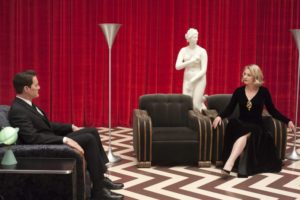 We start off with a flashback from the original series where Kyle MacLachlan’s Agent Cooper has a sort of a conversation with the recently deceased Laura Palmer. This brings us back up to speed that this is twenty-five years later and Agent Cooper is still trapped in The Black Lodge as he was in the final episode of the earlier series. Then we are brought to the familiar portrait of Laura Palmer as the theme music that we all know and love is played over a background that is equally trippy and possibly nausea inducing. Next we are back to The Black Lodge and in present day as The Giant Man explains to Cooper that the time to leave the lodge is arriving soon. Most of what we experience after this is entirely new characters and it makes all the difference. 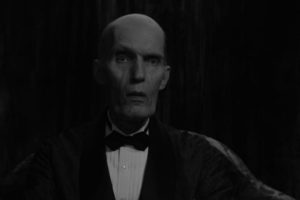 When most other television series return or even reboot, the pilot commonly follows the original beat for beat with very little variation. Here we are given something that is less of the quirky humor of the old Twin Peaks and more akin to the morbid levity of Lynch movies such as LOST HIGHWAY or MULHOLLAND DR. Very seldom are we given scenes with our beloved residents of our favorite small town. Instead we are introduced to quite a different assortment of characters: A college student that is payed to watch a seemingly lifeless glass case as his would be girlfriend tries to bargain her way in to have her way with him leading to disastrous results. A high school principal framed for a murder that he experienced in a dream. And finally, the principal’s wife, Phyllis who is ecstatically happy about his arrest and accuses him of having an affair with the victim. We then witness her sudden murder by none other than Agent Cooper’s doppelganger, possessed by the entity that murdered Laura Palmer herself, Bob. 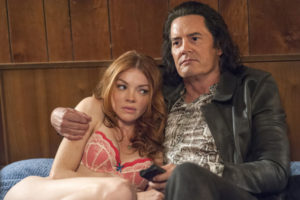 Evil Cooper is oddly the most interesting character of the show. In the original series we got mere moments of Dale’s doppelganger. Here we see him fully fleshed out and living life under what appears to be a new identity. As terrifying as he was, Bob is actually quite a boring character in itself. When portrayed by Kyle MacLachlan a few more layers seem to emerge. Somewhere around the mid-point there’s a conversation in a diner with a criminal doing business for Evil Coop. He tells Coop that he has the information that he needs. Coop, not so calmly, explains that he doesn’t NEED anything. He merely WANTS. The exact opposite of the Dale Cooper that we know. This shell of a soul has been occupying Agent Cooper’s body under an assumed identity for twenty-five years. As repulsive and disturbing as his actions are, they are undeniably totally fraking hilarious! 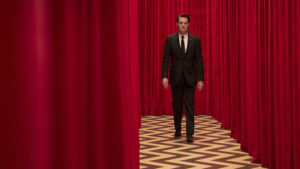 The humor! The original pilot actually had very little humor scattered around here and there. The series to follow was littered with quirky made-for-TV quasi-David Lynch humor. The second season descended into utter silliness. What we have here is standard no limit dark David Lynch humor. In fact, this whole “two episode” premiere is pure unadulterated David Lynch. I would be very surprised if Showtime imposed any studio influence or creative control over the new show. Even fans of the original show may find this one challenging, and that’s quite an understatement. The original pilot played as a somewhat edgy and quirky late night drama. What we have here will likely leave any mainstream audience wondering what the hell they just watched and will likely (and so far has) affect the ratings in a negative way.

No need to worry about any such cancellation, though. The entirety of the new season has already been shot and edited. The ink on the contracts has been dry for quite a bit of time and everything involving Twin Peaks has been set in stone. It would take the end of the world to stop this show. So stay tuned, there are sixteen more hours of pure David Lynch to not understand.