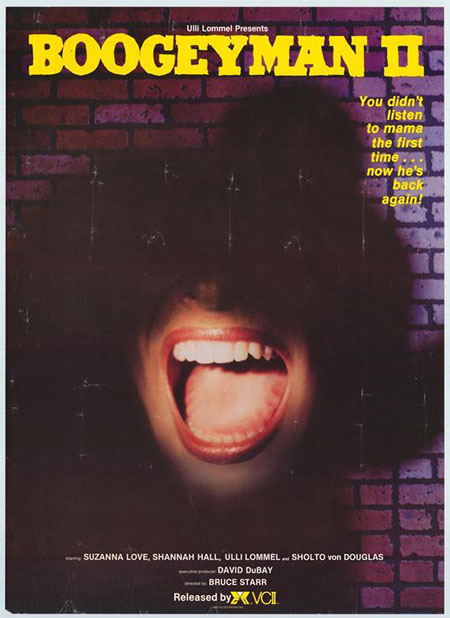 Title: REVENGE OF THE BOOGEYMAN

Other Titles: THE BOOGEYMAN II

Corkscrew to the head

Salad tongs to the throat 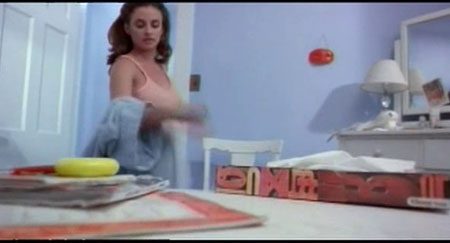 Recycled from THE BOOGEYMAN:

Scissors to the throat

Screwdriver through the throat

Pitchfork to the belly

The success of haunted mirror horror flick THE BOOGEYMAN (1980) prompted Paramount Pictures to produce a big sequel with a sizable budget. Director/producer Ulli Lommel was uninterested in the idea of working with a big studio, and opted to make the film independently. In retrospect, this seems the equivalent of turning down a spacious studio and new art supplies in favor of sketching with crayons in a closet, but every creator has their line in the sand, and Lommel’s was his creative freedom. What he made with that freedom (in tandem with Bruce Pearn) was 1983’s REVENGE OF THE BOOGEYMAN.

After surviving the events of THE BOOGEYMAN, Lacey is approached by a group of Hollywood wannabes who propose to make a film based upon her brush with the supernatural. The discarnate entity that possessed the mirror of the previous film hitches a ride with Lacey to Hollywood, in a shard from said mirror. Once the Boogeyman finds a new host, the body count starts rising again.

To say that this film is low-budget is an understatement, and not an endearing one. The opening credits are just shots from the interior of a car as Lacey travels to Hollywood, intercut with physical title cards with bloody titles hand-painted on them. As a microbudget bonus, a set of fingers holding the final title card are visible at the top of the frame. Unfortunately, this opening sets the tone and quality for the rest of the film. There’s a reason that the movie only took thirteen days to film: there wasn’t much original [footage] to film. The first 25 minutes of REVENGE OF THE BOOGEYMAN are a “Previously, on THE BOOGEYMAN…” recap in which footage from the first film is recycled to accompany Lacey’s exposition. Surely one could just skip the first Boogeyman film and go straight into the second without missing anything, if there weren’t such a massive drop in story quality between the first and second entries.

In the first Boogeyman entry, Lacey’s connection to the spirit that’s causing all of the carnage is a driving plot point, one that is non-existent in Lommel’s second installment. The haunted mirror shard ends up possessing a peripheral character for no reason, adding momentum to the film’s pendulum swing between boring and bewildering. Suzanna Love reprises her role as Lacey and does a great job, but cannot carry the film on her own, especially with the dead weight of the entire cast dragging her underwater. Any potential for shock and horror is snuffed out with bad lighting and skittish editing. Where the first movie was a wild ride on Willy Wonka’s weird ferry, the second is a wasted weekend that could have been much more productive. 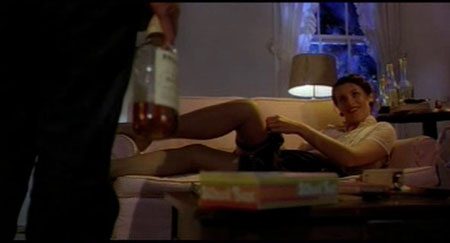 REVENGE OF THE BOOGEYMAN is one of only two examples of a sequel becoming subject to local bans and confiscation under the Video Recordings Act of 1984, along with its prequel. The second, FRIDAY THE 13TH: PARTS 1&2, are on the supplementary, less serious Section 3 list, and are not part of the notorious 72 Video Nasties. The reason for landing on the list is an underwhelming one: every shocking scene from the first movie is included during the first half of its sequel. Not counting the recycled footage from THE BOOGEYMAN, however, the first death occurs 51 minutes into the movie. Even then it’s an implied death; nothing more than a scream and the sight of blood dripping. The second pair of deaths occur minutes later, and the editing and lighting is so poor that there’s no way to discern how these people are dying, just that bathroom accessories are involved somehow. Another death scene involves a wine corkscrew slowly rising in front of a victim in a jumping-jack motion as he just sits there, mouth agape, making it an unintentionally hilarious death scene. Going by original death scenes in REVENGE OF THE BOOGEYMAN, there’s more onscreen violence in JAWS 3-D which was released the same year (and which did not make the Nasties list). To put it bluntly, REVENGE OF THE BOOGEYMAN may be on the Video Nasties list, but it’s THE BOOGEYMAN’s death scenes that deserve the credit. 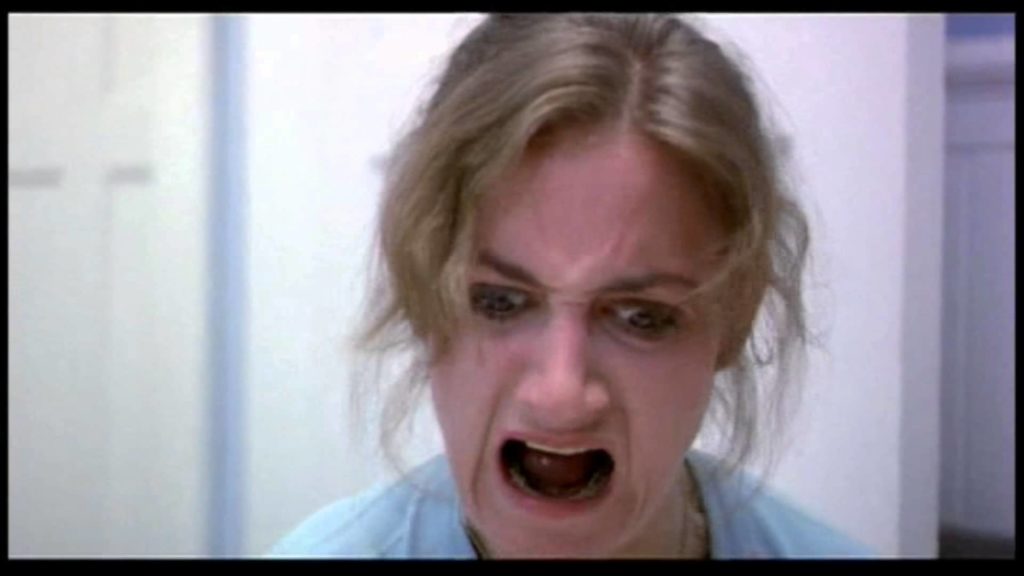 According to Legacy of Blood: A Comprehensive Guide To Slasher Movies, REVENGE OF THE BOOGEYMAN was banned after its 1983 release, but was subsequently pulled from distribution (upon Lommel’s request), and was never resubmitted to the BBFC. Considering the utter lack of blood and nonexistent onscreen violence as the bodies start dropping, one can only assume that the film was banned because of its recycled footage from the first film, which consisted of eyebrow-raising death scenes and nudity. Because of this and Lommel’s insistence upon independent production/distribution, there simply wasn’t much to promote. Even the VHS tagline leaned on THE BOOGEYMAN prequel to draw in potential viewers: “You didn’t listen to Mama the first time… now he’s back again!” 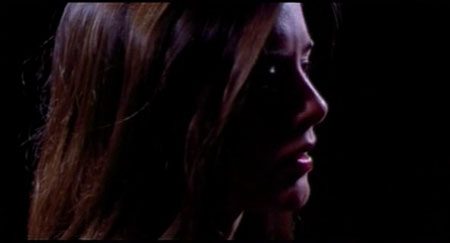 Tim Krog’s synth-a-riffic score is back and as beautiful as ever, but that is the only element of this movie that holds up. While a microbudget is not itself a mark against a film, the filmmakers failed to understand one of cinemas oldest truths: it’s not the size of the budget, it’s what you do with it. What Pearn and Lommel did wasn’t much. Stuffed with nonsensical plot, muffled effects and twitchy editing, this movie is just lazy. REVENGE OF THE BOOGEYMAN is the most skippable Video Nasty thus far.

But hey, Ulli Lommel retained his artistic freedom, and you can’t put a price on that.