Home  ⁄  The Wire  ⁄  NEW TRAILER FOR SEAN STONE’S GREYSTONE PARK asks “Do you believe in ghosts?”

I’ve been tired of the found footage genre for a while, the PARANORAMAL ACTIVITY 4 trailer didn’t do much to change that opinion. However, there are a couple of film coming soon that are going to kind of reinvent that now tired format: V/H/S and the trailer we just came across today, Sean Stone’s GREYSTONE PARK.

It’s kind of fitting that Sean Stone is following in the footsteps of his father Oliver, considering that Dad got his start with the underrated SEIZURE before making his first film for a major studio; THE HAND starring Michael Caine (who is good despite the film which is all kinds of bad). GREYSTONE PARK though looks like a decent first effort. I am curious to see if this, like other found footage films, is a one-trick pony or if it is going to hold up with multiple viewings. That’s a discussion for another day though, in the meantime, enjoy the trailer. 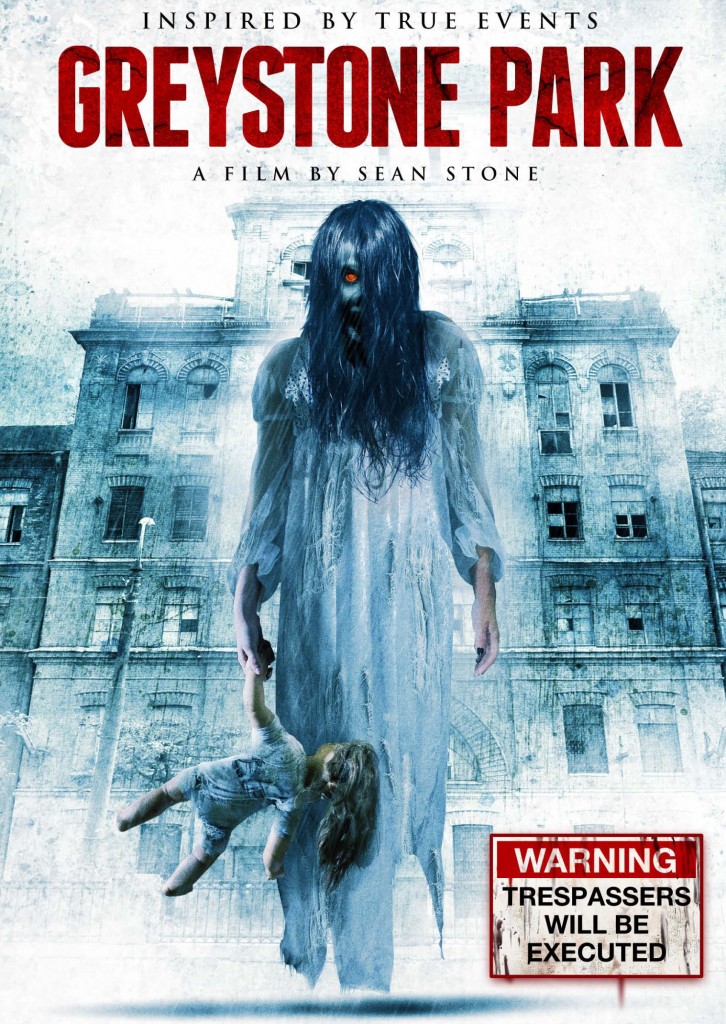 Available on VOD on September 13 and on DVD on October 16 through Xlrator Media.

Based on true events, the film follows three aspiring filmmakers trying to document unexplainable events in an abandoned insane asylum known as Greystone Park. Urban legend has it that anyone who ventures into the forsaken hospital will suffer the consequences and face their own horrors. The trio stumble across a mysterious realm of escaped patients, ghosts and demonic shadows, as they try to uncover the truth behind Greystone Park.