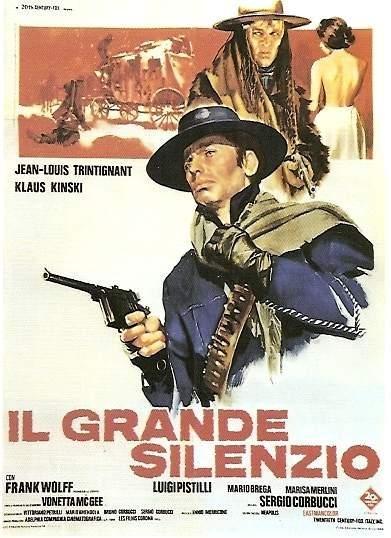 From The Hollywood Theatre website: “We’re extremely proud to present the only known 35mm print of Sergio Corbucci’s spaghetti western masterpiece The Great Silence. This film was never released theatrically in the U.S., and this last remaining film print has been imported from Europe. This is an absolute must-see. This movie is one of the main influences on Quentin Tarantino’s upcoming film Django Unchained.” All you lucky Portland Bastards click here for more..

Remember: tell your friends, get to the show early, don’t save seats, and turn off your fucking cell phones. We’ll see you Friday, right in the middle of the theatre at Grindhouse A Go-Go!