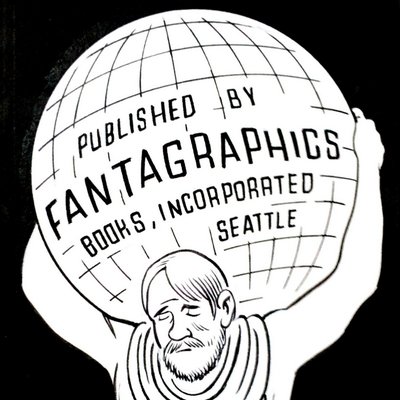 On Monday, November 26th, Fantagraphics Books is running a one-day-only “Cyber Monday” sale featuring 40% off nearly everything in their online store — and since they’ve published some of the very best comics to come out this year (as is their custom) , now is the time to sock away a few dollars and get ready to treat the comic lover in your life (or yourself) to some terrific books at some terrific prices. This isn’t an ordered “top 10” list per se, but rather an overview of 10 recently-released Fanta titles that are sure to make great gifts — and if you or the person(s) you’re shopping for have tastes that run a bit more toward the mainstream, never fear — we’ll be doing a similar “Holiday Gift-Giving List” focused on Marvel/DC/Image stuff in a couple of weeks here. 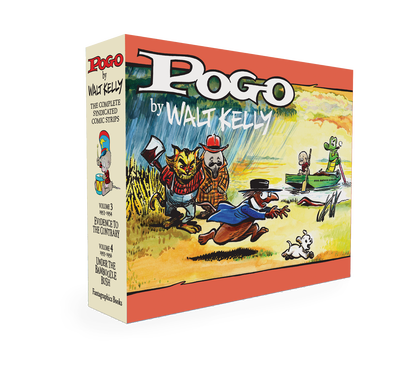 Pogo: The Complete Syndicated Comic Strips Vols. 3 & 4 Gift Box Set – Two gorgeous hardback collections of beautifully-restored Walt Kelly Pogo strips is already a steal at $75, but on sale? You’d have to be a Grinch indeed to take a pass on this. Kelly’s work is as poignant, witty, charming, and gorgeous as ever, and I maintain that there are really only two types of people in this world — those who are straight-up in love with Pogo, and those who have never read it. 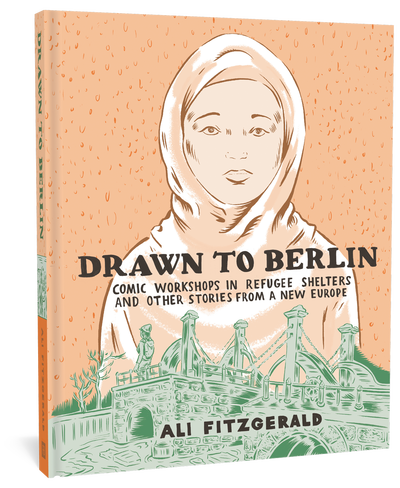 Drawn To Berlin: Comic Workshops In Refugee Shelters And Other Stories From A New Europe – Ali Fitzgerald’s book wins the “most frank and honest title of the year” award, and maybe the “comic of the year award” while it’s at it. Unflinchingly direct and resonant tales about a decade spent teaching art to refugees with creative aspirations, this book will challenge your preconceptions, engage your intellect,  tug mightily at your heartstrings, and leave you in awe of the experiences it relates, as well as the people who lived through them. This is my first exposure to Fitzgerald’s work, but the depth and character she imbues her art with, and her keenly-honed observational skills as a writer, have already convinced me that she stands apart as one of the empathetic and humane cartoonists of our age. More than worth its $24.99 cover price, on sale it’s enough to make you feel guilty for getting something this good at such a bargain. 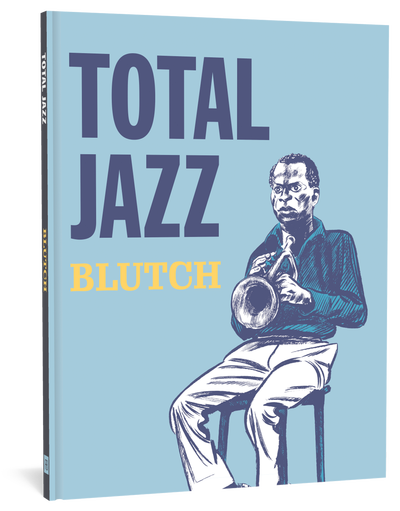 Total Jazz – French cartoonist Blutch undertakes not so much a straight-forward history of jazz here as an exploration of its nature and character. Utilizing a breathtaking variety of illustration styles to complement and amplify the flavor and tone of each of his vignettes, this is a visual and thematic tour de force that perfectly reflects the improvisational nature of its subject. Again, its asking price — $19.99 — is already a solid value, but the “Cyber Monday” price makes this a “can’t-mass” purchase. 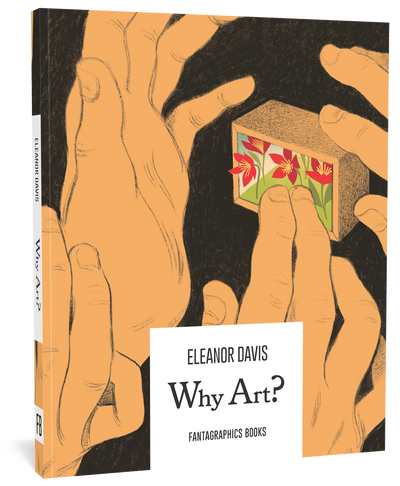 Why Art? – Elanor Davis’ celebrated (it won the Ignatz for “Outstanding Graphic Novel” at this year’s SPX) narrative exploration of the potentialities and realities of the creative process, as well as its ultimate realization, more than lives up to the hype. A modern fable about timeless questions, illustrated in the same beautifully economic style in which it’s written, this is a book that seeks out, and finds, universality and common connection on a deep, fundamental level and cements Davis’ reputation as one of the most out-and-out fearless of contemporary cartoonists. It retails at $14.99, which is already a terrific value, but getting it even cheaper is a serious steal. 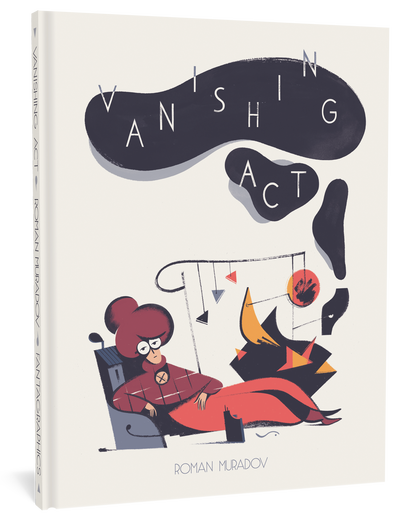 Vanishing Act – Roman Muradov has long been one of the most intriguing (to say nothing of accomplished, he can draw like no one’s business) cartoonists around, and this interconnected series of 13 temporally-linked stories, each illustrated in its own unique style, sees his creative repertoire expand into previously-only-hinted-at territory. A thorough examination of our cultural moment, as seen through the eyes of those living — and creating — it. Again, this one retails for $14.99, but on sale it offers truly remarkable value for money. 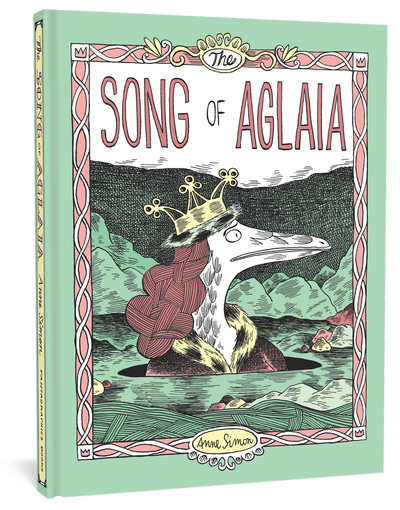 The Song Of Aglaia – The second French cultural export on our list, Anne Simon’s feminist fairy tale of an “oceanide” outcast turned frustrated wife turned queen buries its sharp insights under a rich layer of humor and gives us arguably the best character in any comic this year. As relentlessly charming as it is deftly constructed, Simon is clearly a force to be reckoned with and I absolutely love her rich, detailed, intensive linework. Lots of “Easter eggs” for Beatles fan, too. You’d be very happy paying the $19.99 asking price for this — but why do that when you can get it for less, am I right? 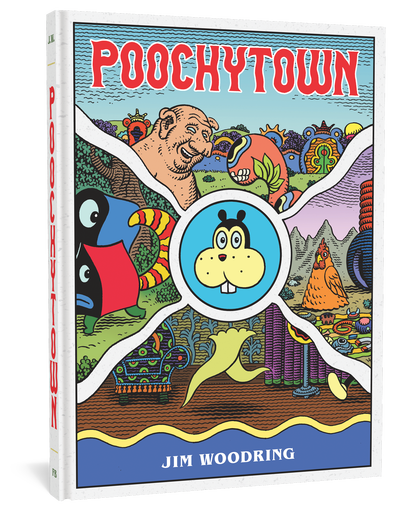 Poochytown – Quite possibly my favorite adventure to date set in Jim Woodring’s “Unifactor,” this is everything you love about Frank and his friends, dialed up to 10, and with some darker undertones added into the post-psychedelic hijinks. You already know you’re gonna get your $19.99 worth from the art alone on this book, so at a deep discount price you surely can’t go wrong. 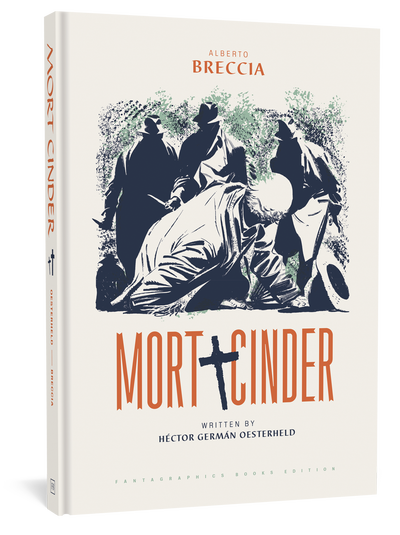 Mort Cinder – Alberto Breccia and Hector German Oesterheld’s legendary episodic graphic novel about a man who can’t stop getting killed, but also can’t stay dead, is as much a feast for the eyes and mind today as it was when first published nearly 50 years ago. Presented in its entirety in English for the first time, this is a genuine publishing event — and an absolutely sumptuous one, at that. $29.99 is already a generous deal for this, but if you take a pass on it while it’s on sale, you seriously need your head examined. 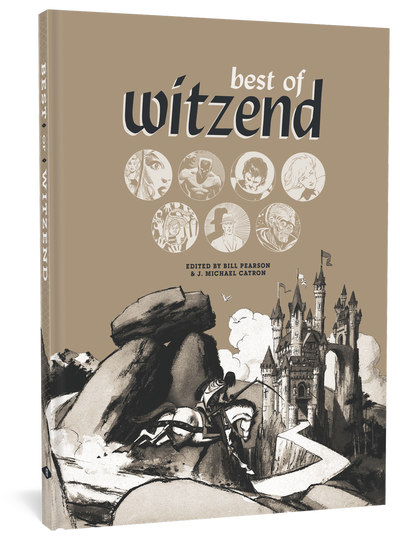 Best Of Witzend – Speaking of publishing events, if you missed out on the omnibus collection of Wally Wood’s legendary “pro-‘zine” Wizend, editors Bill Pearson and J. Michael Catron have culled some of the finest strips presented in it for this impressive collection, which features the first appearances of Wood’s Animan and Steve Ditko’s Mr. A, as well as featuring lavishly-illustrated genre stories from such masters of the comics medium as Frank Frazetta, Gray Morrow, Howard Chaykin, Reed Crandall, Alex Toth, Bernie Wrightson, Art Spiegelman, Al Williamson, Vaughn Bode, and many others. You wouldn’t complain about paying $49.99 for this, but you’ll positively cheer when you get it for a bargain price. 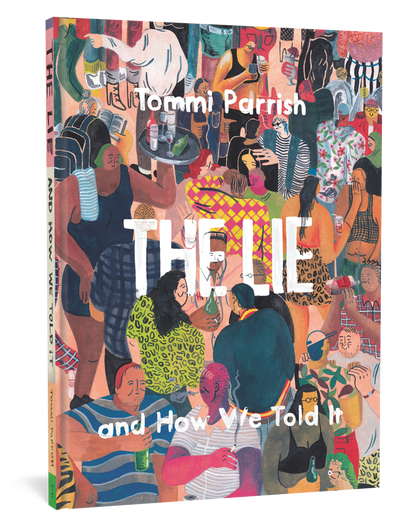 The Lie And How We Told It – No one has established themselves as a more frank and honest delineator of human relationships in recent years than Tommi Parrish, and in this, Parrish’s first long-form graphic novel, nothing is off limits emotionally in a multi-faceted exploration of a chance meeting between two estranged friends. An ever-shifting landscape of expectations, gender norms, societal pressures, desires, and deep-seated needs gives readers no easy footing, rather like life itself, and the mixed-media art styles Parrish employs are all something well beyond breathtaking. This one retails for $24.99, and discounting it amounts to nothing short of a giveaway. Many a critics’ pick for the best book of the year, and while my own year-end list isn’t ready yet, chances are better than good this one will be very near the top of mine, as well. 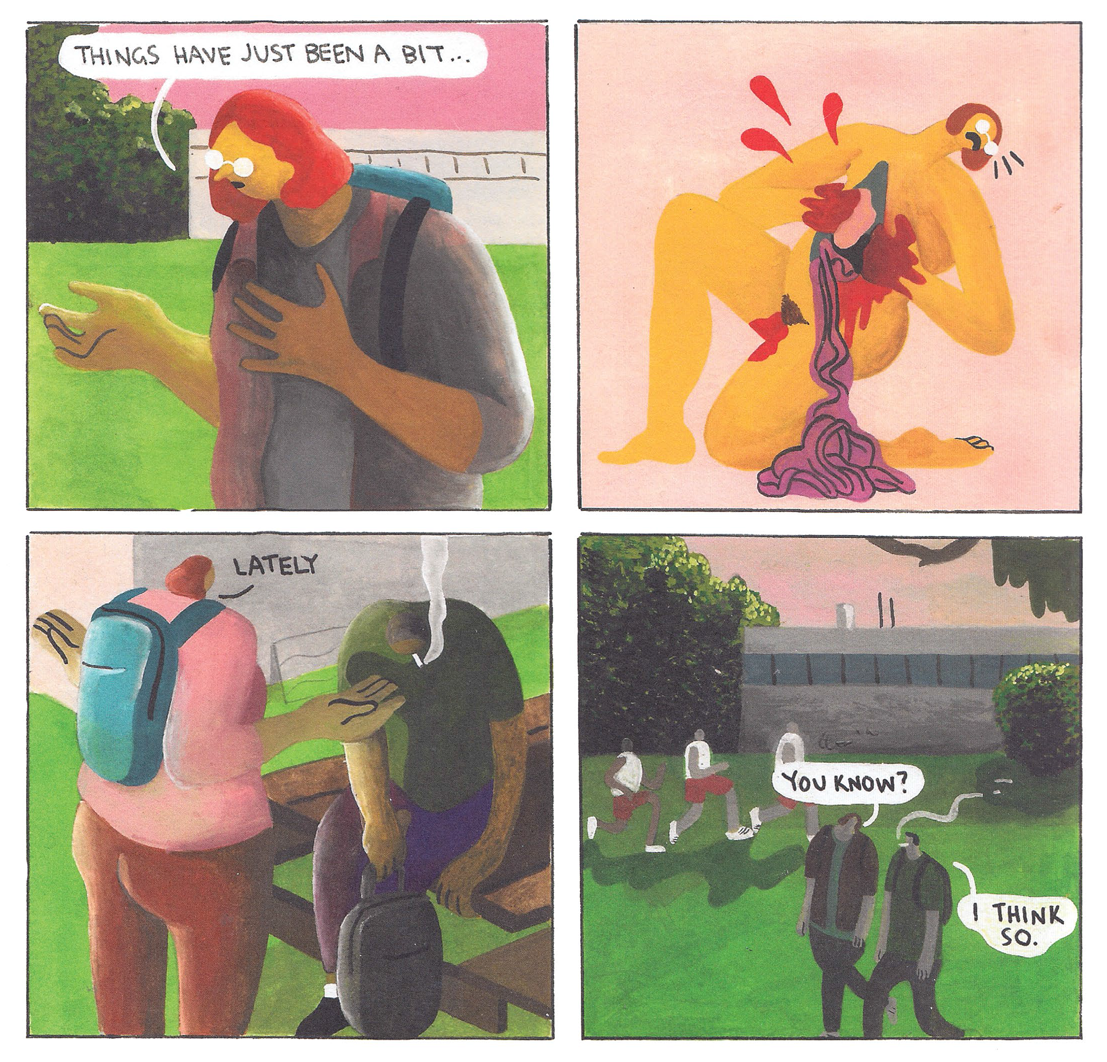 And so there you have it! Literally something for every taste here, and every selection is one that you will re-visit many times for years to come. Nothing else to say but — happy shopping!