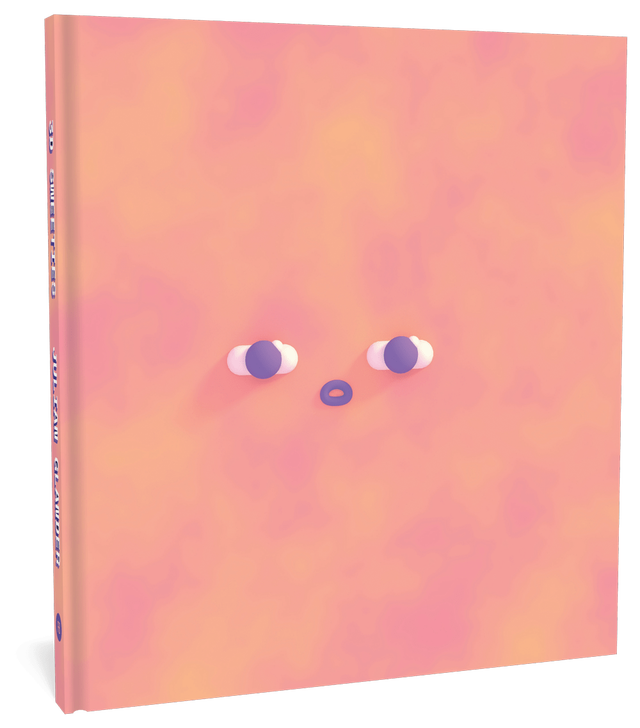 Somewhere on a colorful and computer-generated plane of existence, a semblance of “life” trudges along, oddly familiar in both tone and content to the world we know: the denizens navigate their way through a media-saturated landscape, waste too much time on the internet, immerse themselves in various fan “communities,” celebrate the vacuous non-achievements of both themselves and complete strangers, and attempt to forge communication and connection with others — but give up when it proves to be too daunting, time-consuming, or both.

As the Dead Kennedys once said, “give me convenience or give me death”! Oh, and a little bit of attention wouldn’t hurt, either.

Welcome to Julian Glander‘s 3D Sweeties, just unleashed upon the comics-reading public via Fantagraphics (in a suitably innovative three-dimensional “hard”cover package) and capitalizing on its author’s recent wave of exposure on Vice, in the pages of Now, etc. The prosaic has met the Purple Slime Mold, and shit’s about to get real — for the unreal. 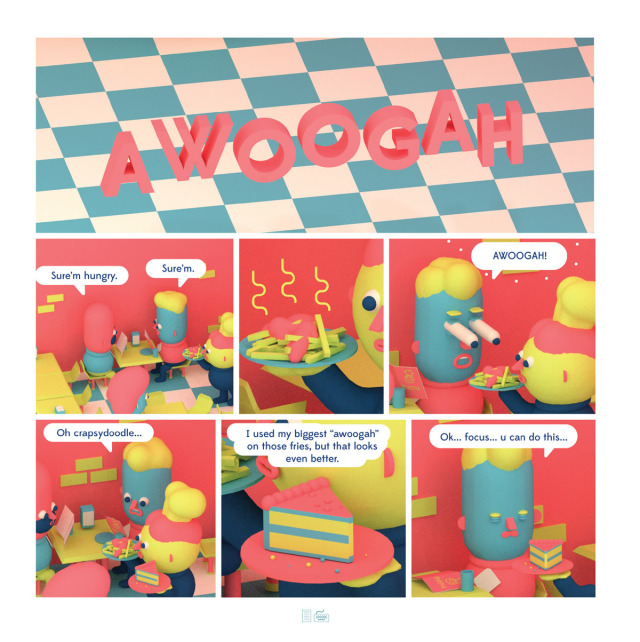 Clocking in at 176 pages, this collection of short strips — all of which are thematically interconnected even if only a handful are narratively — is pretty much exactly the right length; enough to keep you consistently amazed by, and intrigued with, what this 3D artist comes up with next, but not overstaying its welcome. A key element of Glander’s work is its sheer innovation, and nothing seems innovative once you get well and truly used to it. Even another 20 pages may have run the risk of this stuff seeming “old hat,” and that simply won’t do when staying a step ahead of expectations and even sensibilities is crucial to a book’s very reason for being.

Kudos to the editors, then, but let’s save most of the praise for the cartoonist himself, whose deadpan observations play off his off-kilter humor to tremendous effect, making the satirizing of frankly pretty easy targets — gaming streams, consumerism, work avoidance — seem considerably more fresh, exciting, and interesting than it probably has any particular right to be at this point. 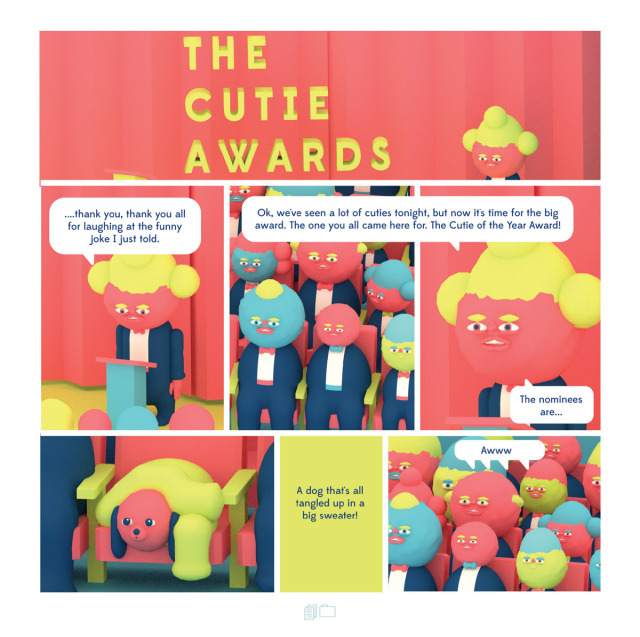 It’s funny how the old can not only seem, but be made, new when it’s conveyed by the likes of Cuppy the coffee cup, wannabe YouTube “star” Susan Something, and the aforementioned Purple Slime Molds, and while the flavor, subject matter, and even “person”ages in these strips will seem awfully familiar to those who’ve read Becca Tobin’s Understanding, Glander has a singular outlook that would differentiate his work from Tobin’s (or anyone else’s, for that matter), even absent the 180-degree shift in terms of his medium of choice. It’s impossible, in other words, to envision these strips as anything other than 3D computer rendering — and they really wouldn’t work as anything else, either.

By way of example — on a purely logical level, we all know that neglecting eating and sleeping for hours on end because one can’t tear oneself away from social media or a gaming livestream is absurd on its face, but such things have become so commonplace in this day and age that it’s easy to forget how weird (to say nothing of unhealthy) they really are. Having globular, pastel-hued CGI creatures do it, though, reminds us all over again. 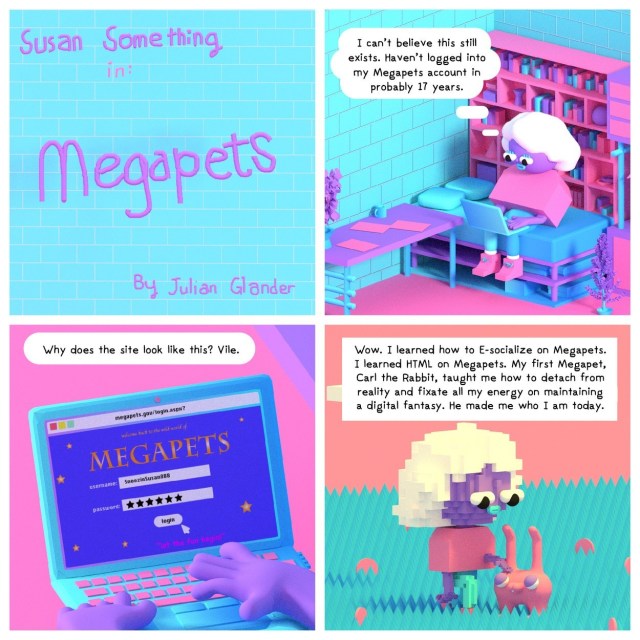 There’s an argument to be made, I suppose, that communicating a critique of the virtual “world” by means of its own tools is a bit too self-consciously ironic for its own good, but I think people who go right to that metaphorical “card” are missing the point — 3D Sweeties works because, even though we mere humans don’t appear in its pages too terribly often, there’s nothing more bizarre than the lengths we’ll go to in order to keep ourselves entertained, enthralled, infatuated, or even just distracted. Anything to avoid focusing on who we are what the hell we’re doing with our lives, I guess.