Home  ⁄  The Wire  ⁄  ‘SUPERSTITION’ IS GLEEFULLY NASTY, BLOODY, AND SLOPPY IN A GOOD WAY 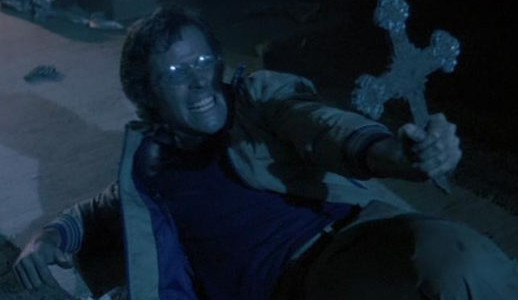 I’m not about to get on a soapbox and claim that 1982’s SUPERSTITION (a.k.a THE WITCH) is a good film. It is sloppily plotted with an unnecessarily complicated backstory set three hundred years in the past and a subplot that eventually just fizzles out. But I am going to claim that it is a fun movie that veers into a few unexpectedly gory moments and a tone in the third act that echoes Fulci’s mid-level work. 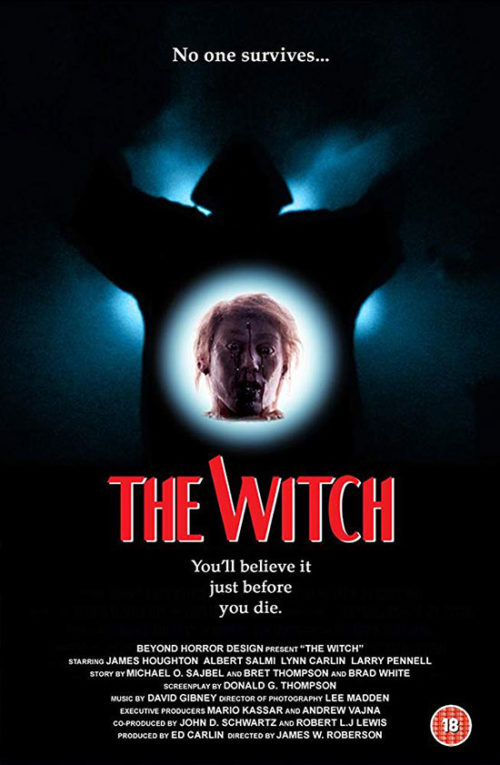 Fusing together elements of THE OMEN, a couple of the AMITYVILLE HORROR sequels, and the Salem Witch Trials, SUPERSTITION tells the tale of a haunted house that is owned by a local church (Episcopalian? Presbyterian?—the film never specifies). Despite the history of violent deaths of people who have lived there, “progressive” (he favors polo shirts over a white collar) reverend David Thompson (James Houghton) fixes up the house as a residence for incoming reverend George Leahy (Larry Pennell) and his family. In addition to the house’s deadly history, a creepy “caretaker” (Elvira Sharack) lives in a cottage on the grounds with her mute, possibly murderous son Arlen (Joshua Cadman). Oh, and did I mention the gruff police detective (Albert Salmi) hanging around the house all the time, searching for Arlen because he suspects him of two murders that occur in the opening scene?

All of these characters are set up with a maximum of fuss that threatens to derail the momentum of the very fun start the film gets off to with three nicely splattery killings that take advantage of a microwave (extra points for an impressive exploding head), a victim sliced in half, and yet another man of the cloth falling victim to a grisly accident featuring a saw blade. Once the one-two-three punch of these moments pass, the script by Donald G. Thompson (and three additional writers given story-by credits) gets down to the grunt work of reams and reams of exposition. 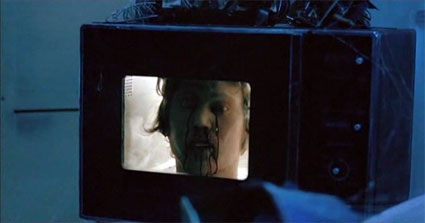 Unfortunately, Houghton—while personable enough—is hardly a magnetic presence, so following him as he gets schooled in the rumored curse on the property and its sordid history is a slog. The same largely goes for Leahy and his family as they act out their own clumsily constructed domestic drama about his alcoholism and this assignment being his last chance. The only interesting part of this aspect to the film is how fatalistic Leahy is even before anything happens to his family in the house. With a thousand yard stare, he grumbles that “nothing ever goes right” as the family carries boxes in from their moving van. That attitude makes it difficult to care about the good reverend, his snotty kids, or his frustrated wife (Lynn Carlin). Fortunately, director James Roberson and his writers don’t seem to care about these characters either and they spend the latter half of the film serving them up to be taken down by the sinister force inside the house in grotesque, decidedly baroque ways.

It may not be art, but the over-the-top, grisly demises of the characters are the only reason that SUPERSTITION exists and where I draw my comparison to Fulci since Roberson films the death scenes in a similar style of not turning the camera away during the gory mayhem while a nihilistic tone sets in. This is a mean, nasty horror movie at its core so it’s a relief when all the talk of three-hundred-year-old curses and dysfunctional family drama is left behind in favor of death by exploding mirrors, stakes driven through brains, and hangings from elevator cables. Call me sick, but once the film settles into the groove of a merciless, gruesome body count flick, I enjoyed it immensely and cheered on the demises of so many miserable characters. 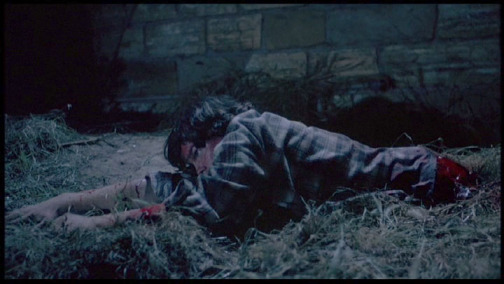 Sometimes, that is all a low-budget horror film needs to be. Despite so much of the film taking place among religious figures and a long flashback scene to a woman being sentenced to death for witchcraft by a Catholic priest, SUPERSTITION does not really have anything on its mind about a possible correlation between organized religion and the presence of a punishing evil. This is a flick that is simply here to spill blood and encourage the viewer to cackle at the absurdity of it all. I can’t help but appreciate that lack of pretension.

This Scream Factory Blu-ray features a 2K scan from the original film elements. Given how much of the movie is set at night, the image is fairly impressive, even with some rough spots that I am guessing are from damage to the actual film. 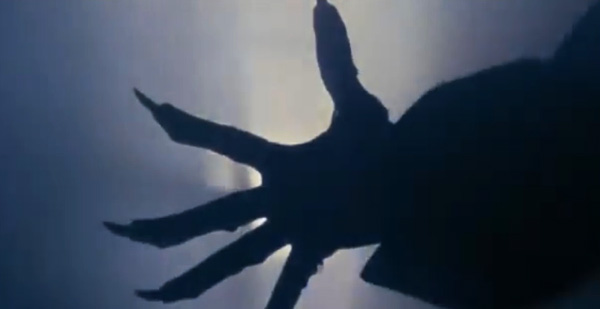 There are two interviews included in the bonus feature. The interview with Houghton finds the actor in what appears to be a lifelong good mood as he cheerfully describes why he took the role and how much he enjoyed making the movie. From the way he describes his life and career, I suddenly feel jealous of the man and his apparently charmed life. The other interview is with Roberson. While it is a little more wide-ranging than the one with Houghton and he betrays the occasional conflicted feelings about how SUPERSTITION turned out, it is also fairly upbeat, despite his frustration that the film never received what he considers a proper release in the U.S. when it did well in Europe. A commentary track would have been a welcome outlet to explore more of Roberson’s concerns about the lack of a decent theatrical release and what sounds like extensive re-shoots to complete production. The usual trailer and TV spot round out the special features.

SUPERSTITION is now available on Blu-ray from Scream Factory. 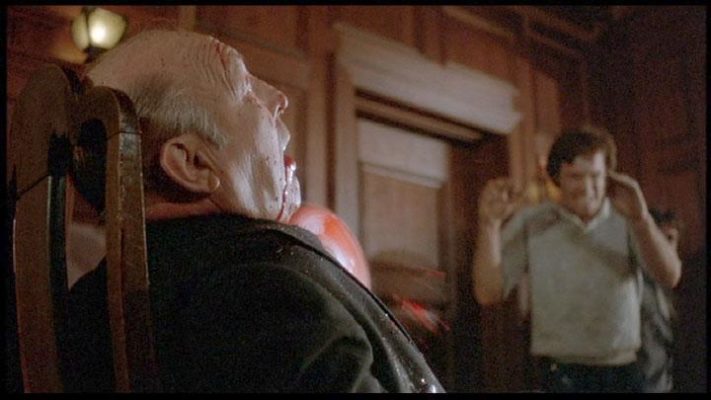