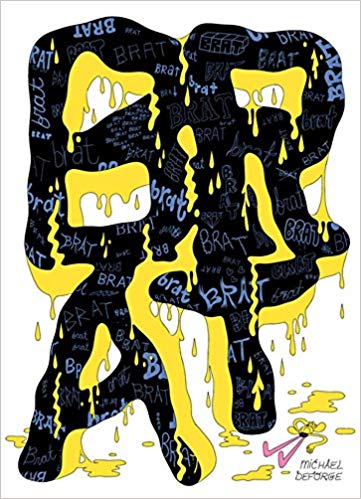 If there’s one thing I hate, it’s “YouTube stars.” The idea that sub-moronic loudmouths such as Pewdiepie and Logan Paul have made small (or maybe not-so-small) fortunes by broadcasting a whole lotta nothing from their living rooms makes even the most vacuous “famous for being famous” celebrities, such as the Kardashians, seem like legit talents in comparison.

Which, for the record, they’re not, but damn — that’s where we are today. But in his latest Koyama Press graphic novel, Brat, Michael DeForge — not so long ago hailed as something of a “phenom” himself, though certainly not without justification — asks a question that, at least to my knowledge, no one has in an any sustained, thoughtful manner to date: What happens when these social media celebrities get older? 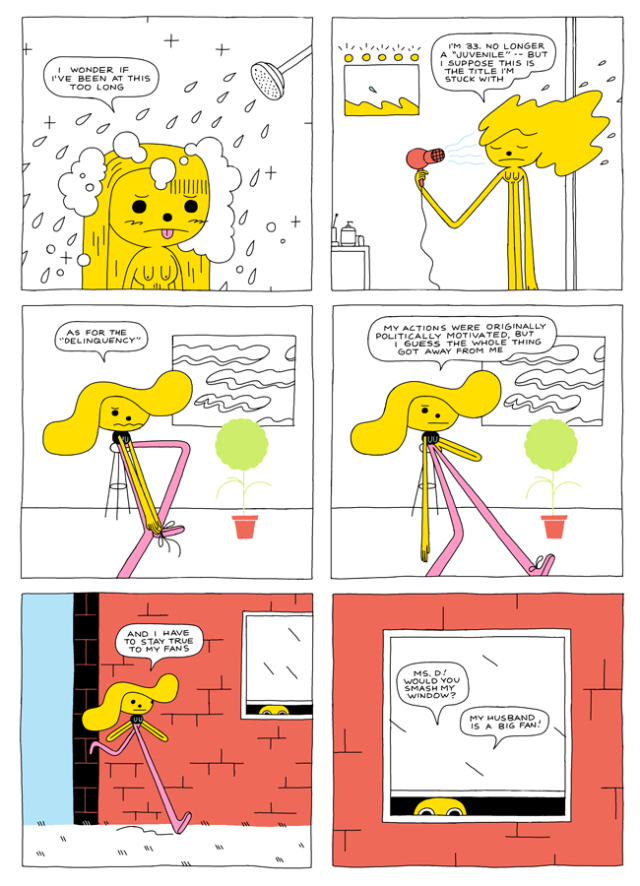 Notice I don’t say “grow up,” because his uber-narcissistic protagonist, former juvenile delinquent Ms. D, has no idea how to do that and honestly isn’t even capable of grasping the concept: Her “struggle” is to remain relevant into what passes for her “dotage” while a new generation that’s been, God help us, raised on her antics comes both of age and after her unofficial title as “prankster par excellence.”

Hanging on by your fingertips while looking you’re not even breaking a sweat is a tough thing, I suppose, but it’s not like Ms. D is even supposed to be in any way a sympathetic character: A number of her stunts (which you will get a chuckle out of in spite of yourself) have exacted a very heavy price from the people on the receiving end of them (maybe we should just be honest here and call these folks what they are — victims), but at the same time it’s hard to actively despise her simply because she’s so vacuous, so incapable of actual self-reflection (as opposed to mere image management)  in any meaningful sense of the term, that she’s really more a caricature than anything else, and therefore probably not worth the time or effort that the mustering of anything like a deeply-felt emotional reaction like contempt requires, regardless of how richly she clearly and obviously deserves such.

Don’t, however, take that to mean that following her exploits for 150-some pages isn’t a worthwhile investment of your time, though, because hey — this is still DeForge, and all wise readers presumably already subscribe to a “where he goes, I follow” philosophy. Really — has he ever let us down? 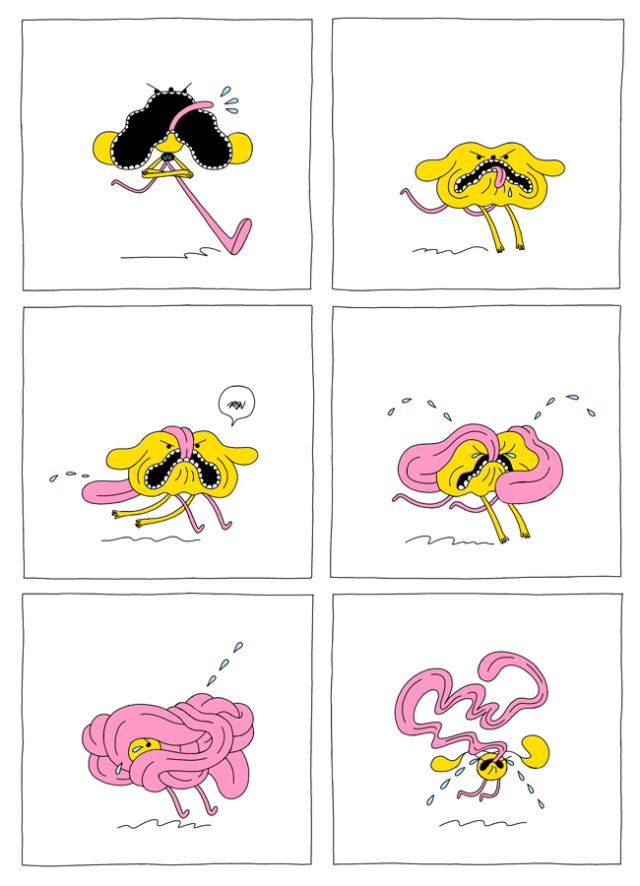 Of course not (at least to date), and while this story’s tone is necessarily more sharply satirical than prior efforts, it’s still a bright, vibrant, endlessly inventive visual marvel, DeForge’s trademark physically-abstract forms here delineated in bright pastels in front of largely stripped-down (at times even entirely absent) backgrounds and taking on a jaw-dropping level of fluidity and borderline-incoherence that the cartoonist ingeniously works into the narrative itself, the transformations of people and their surrounding environments being not just a continuation/physical manifestation of the “fourth-wall-busting” inherent in Ms. D’s first-person narration, but a legit “reality” within the storyline itself, observed and consequently reacted to by readers of and “co-stars” in the book alike. The less specifically stated the better, here, it seems to me, so as not to spoil the myriad surprises that await, but I will say this much — be ready for your jaw to drop open good and wide on several occasions. 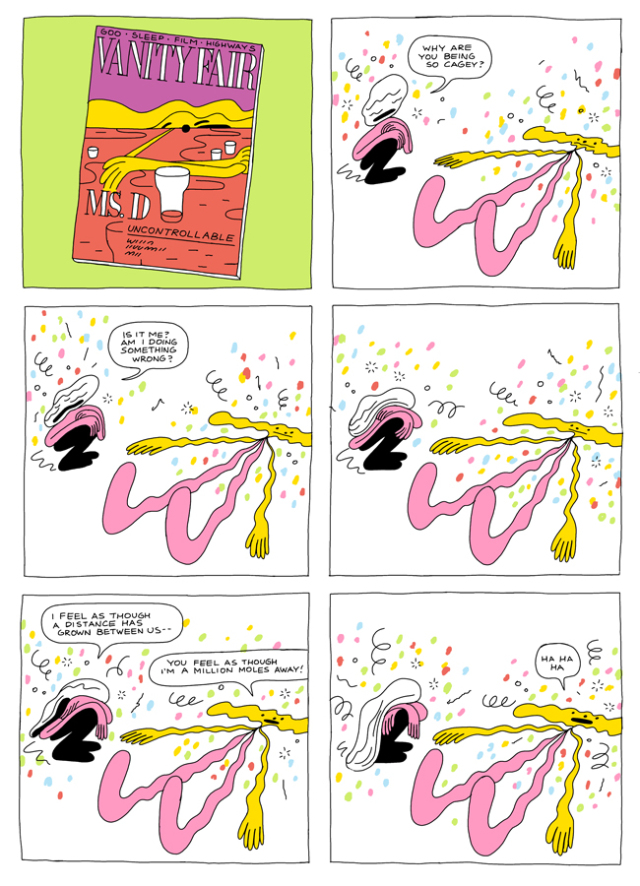 As far as meditations on “where we’re at” culturally go — something of a trend, maybe even the trend, in comics these days — this book is about as incisive as they come, but without the seething disdain for the “now” and those navigating within its confines that plagues the more heavy-handed (and left nameless out of respect) efforts of others. DeForge clearly has a lot to say about celebrity, aging, performance art, the fine line between rebellion and just making an ass of yourself, self-absorption, and the principal of escalation, but he lets his art do the talking and never slips into lecture, harangue, or soliloquy. He’s out to thread any number of tight needles here, and the deftness with which he consistently manages to do so is very impressive indeed.

All told, then, Brat is both a damned good read and a damned important one, but never feels the need to draw attention to itself as either. DeForge is in full command of his numerous and significant cartooning skills and doesn’t seem constitutionally capable of creating work that is anything less than extremely relevant to both the human and societal condition. He’s spoiling us with one unassuming masterpiece after another, and this may just be his most confident, accomplished one yet.