Home  ⁄  The Wire  ⁄  THE VICIOUS, HYSTERICAL, TERRIFYING “US” CEMENTS JORDAN PEELE’S STATUS AS A MASTER OF HORROR. 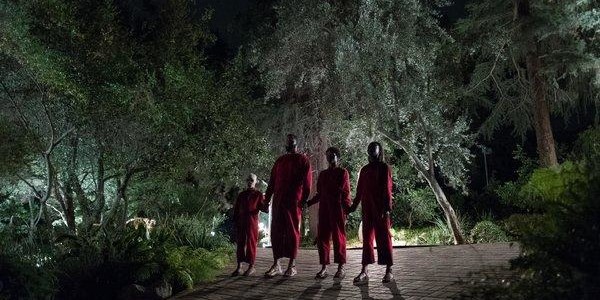 When a filmmaker like Jordan Peele births something so impactful and culturally resonant like GET OUT, an Academy Award winning film, there’s a major benchmark to clear for a follow up film. Sure, George Romero made one of the most resonant horror films in cinematic history in NIGHT OF THE LIVING DEAD and followed it up with the infamous THERE’S ALWAYS VANILLA. However, while there was no worry that Peele’s hotly anticipated follow-up to his masterful racial allegory would be a dud, it’s a film that hits you square in the head like a bolt of lightning and keeps you vibrating with the shock that you’re watching a special goddamn event. 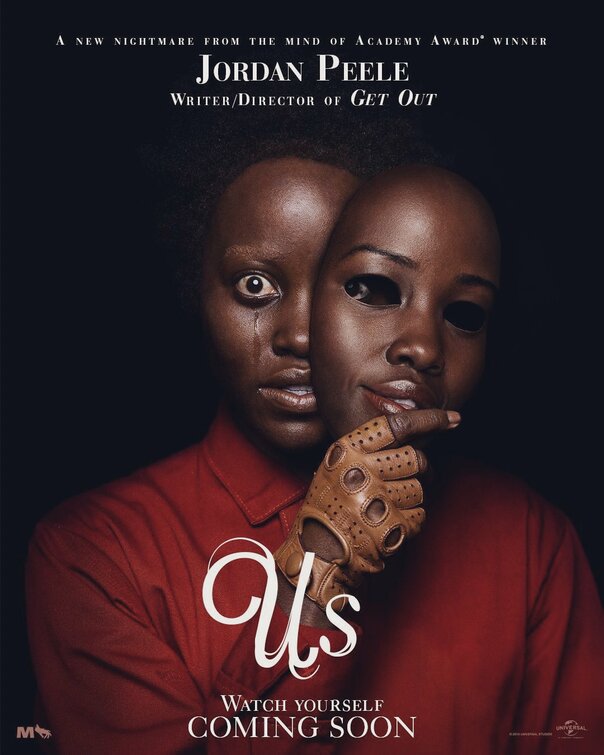 Starting with an neon-tinged boardwalk opening that calls to the allure of the great 1980s vampire treat THE LOST BOYS, US takes its audience through the taut tale of a family — Adelaide, Gabe, Jason and Zora —  the kind of dysfunctional family that endears rather than annoys as they encounter their violent, animalistic “doppelgängers” over a long, bloody night. What follows is a tense, unpredictable cat and mouse that doesn’t let its characters off the hook from brutal acts of harm, but still feels unsafe to keep people’s expectations firmly resting in a column of unending intensity. This is a lean, mean killing machine of a movie. Think back to the early, raw works of the ‘Seventies, when films existed to nail you to your seat. This isn’t a film that messes with social commentary (well, sort of). This is Peele conducting his audience as an ocean of shrieking violins. The film also does a very consistent job of creating a robust blend of humor amidst the horror, without either element overwhelming the other.

Lupita Nyong’o, Winston Duke, Shahadi Wright Joseph and Evan Alex all pull out the stops in giving their all in their respective performances. Duke’s lanky, goofy dad is a stark contrast to the impressive, mute, juggernaut presence of his doppelgänger and both children, Joseph and Alex, both doing amazing, immersive work in creating these unsettling, paranormal (using the word tenuously here). And Nyong’o, my god — a force of nature if there ever was one. The way she performs as Adelaide, all wide eyes (eyes that were created solely for horror) and nervous energy and as her doppelgänger, a jangly, spidery, Lynchian creation. There is a showstopper of a monologue that is delivered when the doppelgängers take center stage, and one could hear a pin drop from the disquieting, enraptured audience.

US ensnares you in its grasp from the first frame simply because Peele’s precise, propelling direction shows that in the microscopic time frame between his debut and follow up, he’s strengthened even more as a filmmaker, using long takes, split diopters (fuck yes!), and peppers imagery throughout that calls to mind Lucio Fulci (namely ZOMBIE), the haunting shots of the homicidal homeless in PRINCE OF DARKNESS, and a massacre of innocents in the crossfire calls to mind the artistic arterial spray of Argento’s TENEBRAE. If GET OUT was Peele’s NIGHT OF THE LIVING DEAD, then this is his DAY OF THE DEAD “RINGERS,” a claustrophobic, relentless experience of the highest tension. The score by Michael Abels strikes you from the opening credits as the portent of doom with its OMEN-esque chanting and propulsive, striking tones.

Imagine the first time that you saw the first film from your favorite master of horror, and know that this is just as confident and assured as any of the masterworks you can be thinking of at this very moment. Now, amplify that  a thousandfold and know that this is Peele’s turn at the helm of the good ship terror and he’s steering us into an unknowing but well-charted Bermuda Triangle. This is raw, bloody steak horror. This is a nasty, work your way into the wounds film. This is US.