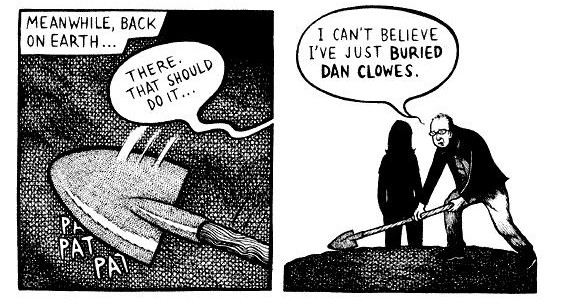 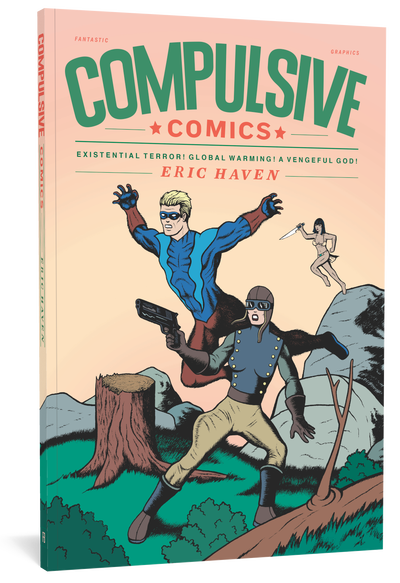 You’ve gotta say this much for Eric Haven — he may wear his influences clearly, obviously, perhaps even proudly on his sleeve (Jack Kirby, Winsor McCay, Charles Burns, Fletcher Hanks especially), but he filters them all through a singular lens that first blends, then morphs and metastasizes them into a “sort of work” that can well and truly be called his own. Omnipotent otherworldly forces, ancient terrors, Walter Mitty-esque dream lives, mutant super-creatures, high-flying adventuresses, and present-day ennui may seem, at first glance, to be incongruous (to say the least) storytelling tropes when presented in relation to each other, but the sporadically-active cartoonist finds a way to make them all not only work together, but to do so in such a naturalistic fashion that you can’t see them not functioning as precisely-placed elements in a kind of “slow-burn” absurdist crescendo.

That requires a deft touch and a singular commitment to an equally-singular vision, but in Haven’s latest Fantagraphics-published collection (featuring strips culled from a variety of “smaller-time” publications released over the past decade or so), Compulsive Comics, he demonstrates both with something approaching elegance — his cartooning is smooth, richly-detailed, and eminently professional, each illustration something its creator can not only be proud of, but that he clearly spent a hell of a lot of time on. Meticulous cross-hatching, fluid linework, and expertly-rendered small details are ever-present, and when he adds color to the mix (as a fairly generous section of this book does), few can match his successful channeling of “Golden Age” aesthetics by means of a distinctly modern sensibility. 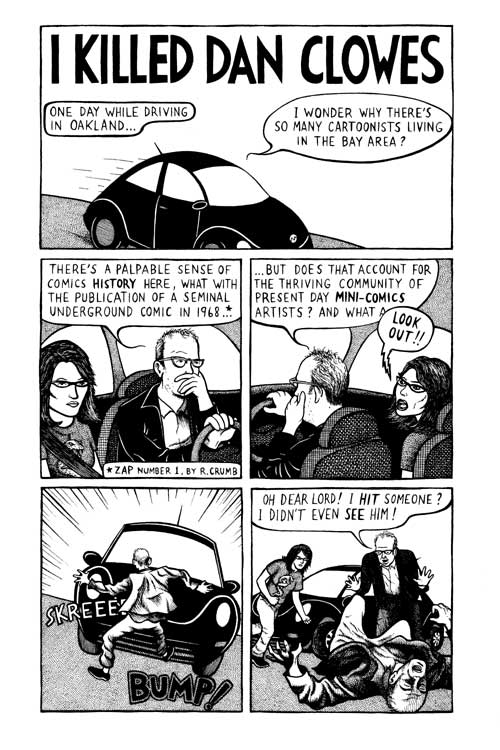 Of course, crafting a book that’s easy on the eyes is only half the battle, but rest assured — Haven’s storytelling skills are uniformly strong throughout here, as well. Whether we’re talking about Dan Clowes and Adrian Tomine coming back from the dead to exact vengeance upon their mutual (if accidental) killer (who just so happens to be Haven himself, or a near enough analogue), a polar explorer making a reality-shattering discovery, or a channeled history of the eons-long secret war between mammals and reptiles that comes to Haven in the form of a mid-afternoon reverie, certain themes underpin everything: man’s insignificance in the face of an uncaring universe, the temporary nature of our place as Earth’s ostensible “top dogs,” and the existential dread that knowledge of both these truths instills being chief among them. He’s got a point of view, no question about that, but he doesn’t clobber you over the head with it — instead, it’s just inexorably woven into the “DNA” of his strips from the outset, as ever-present as in the world(s) he delineates as, say, losing seasons for the Cleveland Browns or Trump administration scandals are in ours.

Don’t let that the relative “heaviness” of any of Haven’s obsessions fool you, though : he is, first and foremost, an exceptionally funny cartoonist. His humor is dry and understated, to be sure, but it’s either right there at the forefront or, at most, bubbling just barely beneath the surface. Maybe it’s the influence imbued by his years spent in showbiz (he was an executive producer on the long-running “reality” TV series Myth Busters), but he seems to have admirably blase attitude when it comes to the subject of life’s ultimate pointlessness, to wit (and I promise this is going to be the only time you’ll see John Mellencamp referenced on this site for any reason): nothing matters, and what if it did?

Unless, of course, it does — Haven’s “god,” for instance, may not give much of a shit about people, but he does love comics; the “good” and “evil” sides in the mammals-vs.-reptiles conflict are easy enough to figure out, even if never stated explicitly; dreams are presented as a source not merely of escape, but of enlightenment. Maybe, then — just maybe — existence does have a point. You simply need to be willing to find it hidden in the oft-romanticized “little things” — the proportions of which are indeed shown to be quite small in these pages, with the entirely un-ironic result of that ending up being, of course, that their import looms larger than ever. 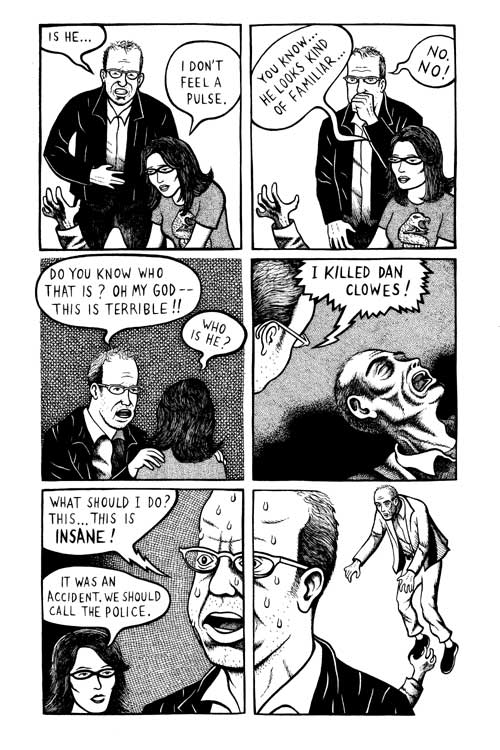 So hey, I dunno, call me crazy — I’ve surely been called worse — but at the end of the day, I found Compulsive Comics (as well as Haven’s most recent wholly original work, 2017’s Vague Tales) to be, dare I say it, a life-affirming work, albeit one that keeps its sense of optimism guarded, grounded : after all, just because you, personally, don’t matter in the overall universal scheme of things, that doesn’t mean you can’t, or shouldn’t, matter to yourself and to your loved ones. I know one thing for certain — this book mattered quite a bit to me, and should you decide to give it a go, I think it’ll matter to you, as well.