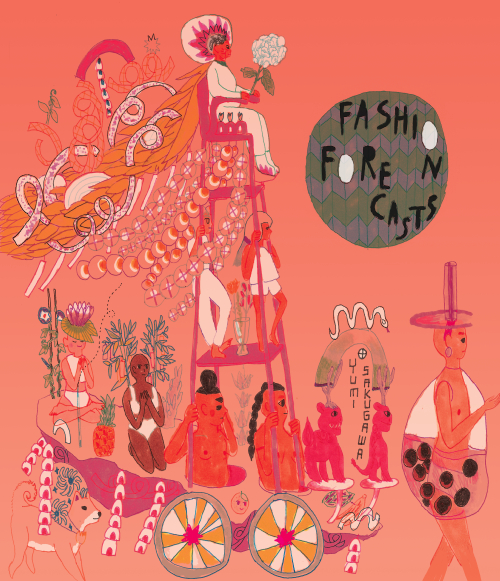 What will the future hold? What changes, subtle or otherwise, will it usher in? How will it alter the essential character of our lives? And, perhaps most importantly — what will it look like?

Yumi Sakugawa has thought about these questions thoroughly, deeply. She’s considered how the past, how one’s heritage and cultural traditions, will not only survive into, but actively inform, both the aesthetics and the thinking of the world that’s coming (gratuitous OMAC reference there), and she’s laid out her vision in the pages of Fashion Forecasts, a kind of visual treatise recently released as part of Retrofit/Big Planet’s consistently-fascinating joint publication venture. It may not fit the traditional definition of what a “comic book,” or even a “graphic novel” actually is, but expanding conventional thinking about what comics can do or be has always been part and parcel of the Retrofit/Big Planet ethos, and in that regard this work fits comfortably alongside some of their earlier offerings such as Tara Booth’s How To Be Alive and Eleanor Davis’ Libby’s Dad, among others — but that doesn’t necessarily means it’s too terribly similar to them. Or, for that matter, to anything else. 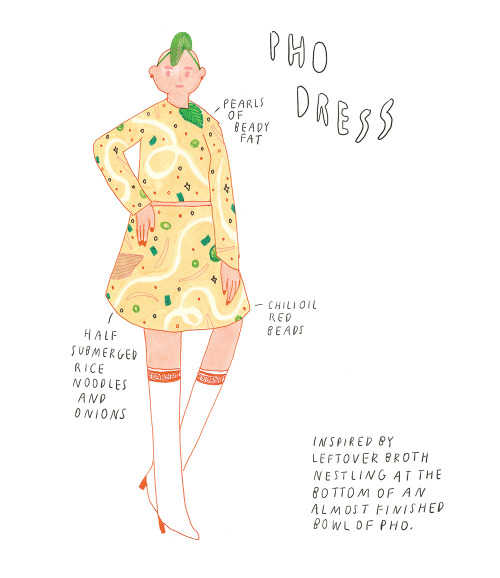 Sakugawa veers about as far from the core conceits of straight-forward narrative as one can possibly imagine, but don’t for a moment think her work doesn’t tell a story — in fact, the scope of what she attempts to convey here is quite ambitious. Her undeclared thesis seems to be that a society’s view of itself — as well as its hopes, dreams, ideals, etc. — is reflected in, and amplified by, its aesthetics, and in that regard, the social and cultural trends she’s “forecasting” are quite exciting, as her fashion designs incorporate themes related to, and reflective of, body acceptance, environmental consciousness, the divine feminine, ancestor worship, Asian-American identity, and retro chic. She lays all this out in fairly explicit fashion in the comics essay on fashion’s relevance as mindfully-considered mediation, but it’s implicit in everything on offer between this book’s covers, from full-page schematics of various outfits to fashion “do’s and don’ts” advice, to photos of her Smithsonian-curated CrossLines gallery exhibition — all of which are part of incredibly cohesive whole that’s positively brimming over with bold philosophical intent. 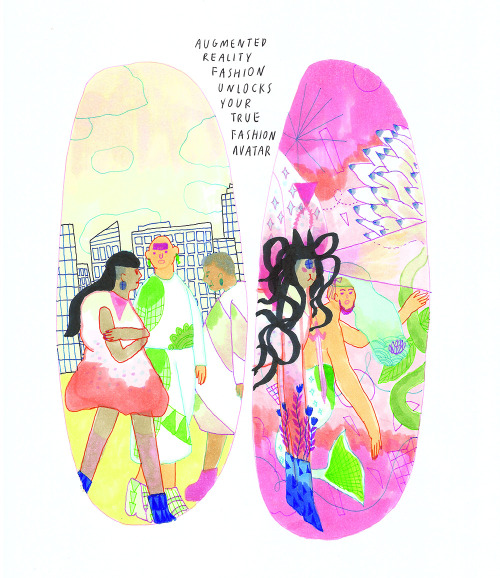 Sakugawa’s cartooning is as vibrant, forward-thinking, colorful, and optimistic as her worldview, and free from traditional page structures, layouts, even ideas, she really gives herself the opportunity to shine, delivering one inviting and arresting image after another — whether in service to the idea of a “story” or, more often, a series of concepts. Where other cartoonists struggle to find a voice, Sakugawa arrives at this project with one firmly established, and finds a myriad of different and exciting ways to express it. There’s nothing timid or understated about what she’s doing here — it’s supremely confident work that pulls you in and earns both your respect and, crucially, allegiance: you will want the future she envisions to happen because she presents it as such an inherently hopeful and, indeed, beautiful place. 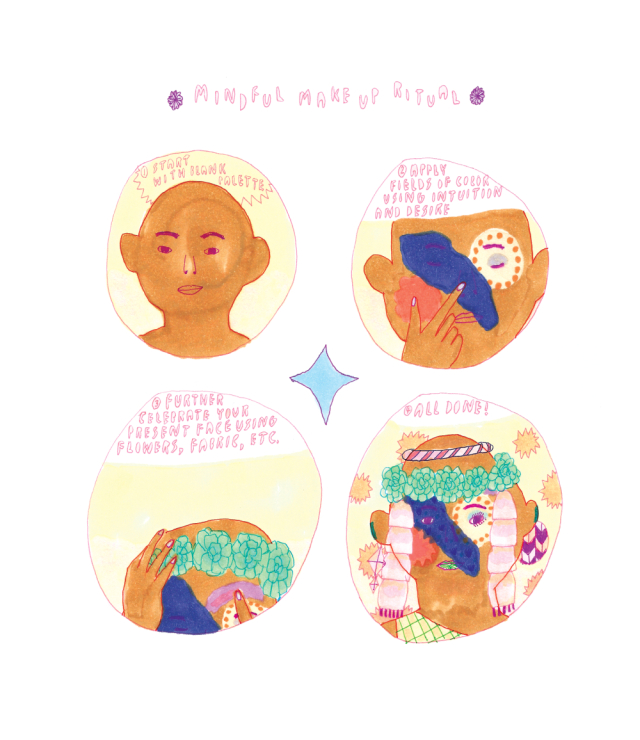 Speaking for myself personally, Sakugawa’s book (which carries an uncharacteristically-heavy-for-Retrofit price tag of $18, but more than earns every dollar by dint of the quality of both its contents and production values) certainly got me to consider fashion more intently, more intrinsically, than I ever have before —  and what’s more to enjoy the process of doing so —  and that’s a pretty remarkable achievement given that I’m more or less a “clothes are just something you wear” sort of guy. If broadening your horizons is your kinda thing, then, you’ll be very pleased to know that this is a comic that will almost certainly succeed in fulfilling that task.

Yup, there’s no two ways about it — Fashion Forecasts is as inventive as it is conceptually solid, as formally challenging as it is fundamentally well-executed. Sakugawa has vision to spare and the talent to realize it. Bring on the future, then — her future, at any rate. It looks like a pretty happening place to be.