Matthew Tompkins (Prison Break, Friday Night Lights) plays Ryan Calhoun in the new killer thriller THE HARROWING, which arrived Christmas day. Daily Grindhouse is happy to present this conversation with Matthew Tompkins about the making of the movie. 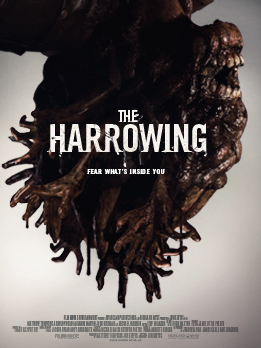 If this film is anything to go by, we’ve a new action hero in the making in you. Was that the intention? Ever consider yourself a candidate for that?

Oh boy, well, I don’t think in any conscious way, or by design. I’ve certainly played more than a few roles that had a heavy action component both in films and episodic television over the years, and I’m very comfortable with it…but in THE HARROWING, there’s so much more going on for Ryan Calhoun, such a heavy emotional and psychological component to the performance, that while he needs to be able to handle himself in the action sequences, and there are more than a few, on the day I wasn’t thinking of either him or the film in that context. But hey, I’m 51, so I’ll take “action hero” if you want to give it to me! My six-year-old son will be pretty excited…

Who – in terms of past heroes – did you base your character on?

Well, Ryan is a bit of a tragic character, traumatized and shaken by the things that have happened to him before you meet him, and the things that engulf him during the film, he’s deeply flawed, damaged, and VERY human in the way he processes and moves through these events…so if I were to compare him to anyone in recent memory it might be Walter White in BREAKING BAD, a true anti-hero, really, just doing the best he can with a shitty deck of cards, and coming out the other end of it a VERY different man. Ryan’s driving force is to honor the memory of his best friend, killed on his watch, and to get back to his wife. In this way, there is a kind of stoic and dark heroism in his quest, I suppose.

Was it important to you that you be seen doing your own stunts?

I really enjoy doing it if I can. I actually served as the Stunt Coordinator on this one, and so was able to create some very raw and realistic action. I’m an actor first, obviously, but I think it’s important for the audience to see YOU doing it, in most cases, to help them truly invest in the character.

The movie was written specifically for you – – so what elements of the real Mathew Tompkins can be seen in your character?

Not much, really. Ryan and I inhabit such different worlds, lead such contrasting lives, that playing someone like that makes it all the more interesting for me. The one trait we share, I would say, is the relentless ability to move forward, no matter what.

How was it working with the legendary Michael Ironside? I imagine he has some fun stories?

Michael was a treat. A natural collaborator, hugely generous, and as ribald, hilarious, and raunchy as you might imagine. He’s game to try anything that will make the scene better, and came early and stayed late each day he was called. Great guy, and we were excited to have him. He and I had a great time smashing sizzlers back and forth across the net to each other.

Is he an imposing fellow?

He certainly can be. 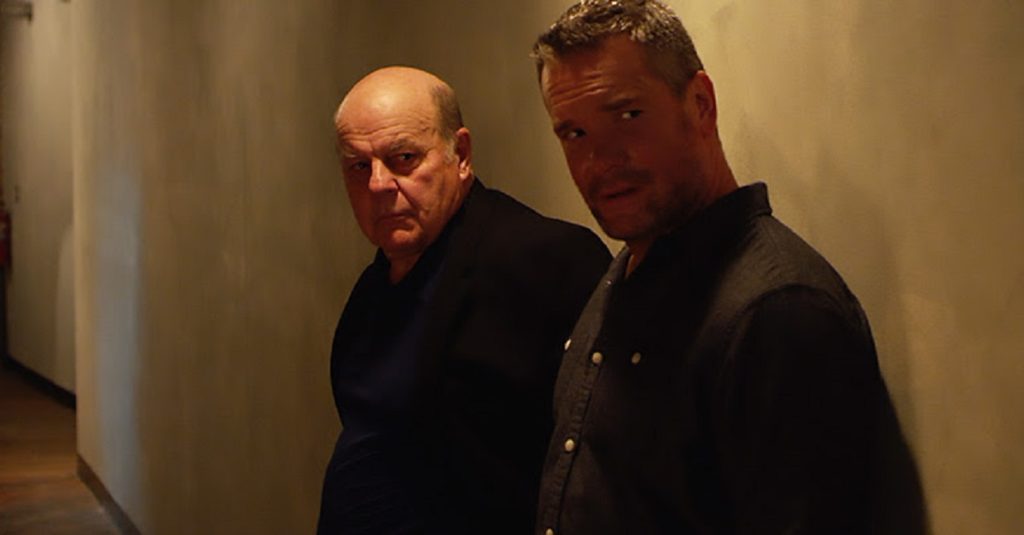 Tough one, obviously, but if I had to choose, I’ll go with Stallone because of his WIDE body of work, much of which, like COPLAND for instance, I think goes overlooked.

Another one. Batman or Superman?

Best action film of the year? In your opinion…

Hard to chose, but a few of my favorites from this year are John Woo’s MANHUNT, MI: FALLOUT, the French film REVENGE, the low-budget MOHAWK, UPGRADE, and for all kinds of crazy…MANDY.

And why should audiences check out THE HARROWING?

THE HARROWING is a unique and singular ride, suffused with REAL tension from beginning to end, and will fuck with your head long after the film has ended. I think folks looking for elevated genre films in this category, who are willing to take the ride, will be VERY happy. 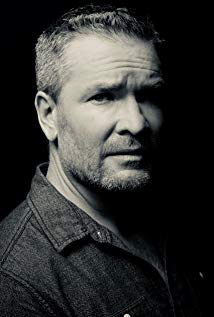