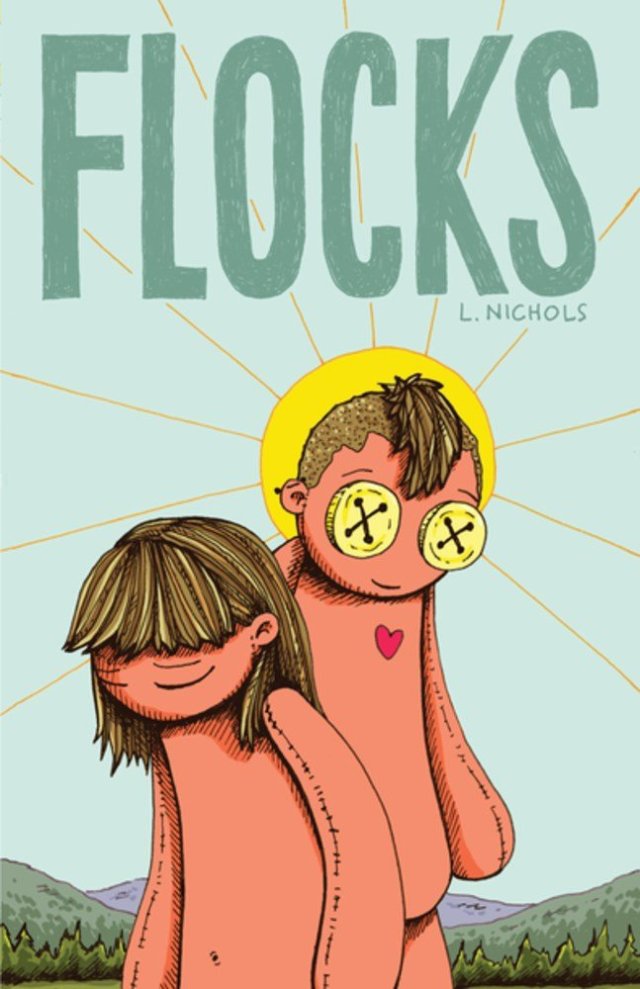 By any standard of measure, cartoonist L. Nichols’ recent Secret Acres-published comics memoir, Flocks, is a bit of a curious beast — for one thing, Nichols chooses to portray himself (or, earlier on, herself — I hope the pronoun is appropriate given his gender presentation at that point in life) as a stuffed doll, while everyone else is a standard human being. For another, he often communicates his internal thoughts, feelings, and self-perceptions by means of physics (or maybe they’re calculus? I dunno, I always sucked at both) equations. And for a third, the first several chapters essentially repeat a lot of the same information.

These things are all entirely explicable, of course — the first two, it should be said, are down to simple artistic choice, and while they took me some time to “get with,” I eventually found both to be “true” to the proceedings in terms of expressing the author/subject’s profound sense of alienation and his proficiency for, and tendency toward, expressing things in mathematical and scientific terms. The third, however, requires a bit of “forgiveness” on the part of the reader, as well as some knowledge of this material’s circuitous route to print in this, its final form.

To make a long story short, Nichols started posting this material online, then its early segments were issued in mini-comics form by, if memory serves correctly, Retrofit at first, then Grindstone. Given that, I can understand the repetitious nature of the early chapters, but it may have been a wise editorial decision to excise one or more of the scenes featuring a fire-and-brimstone preacher screaming “queers are gonna bbuuuurrrrrnnnn!,” or Nichols delivering a “nature is my cathedral”-style internal monologue. That being said — 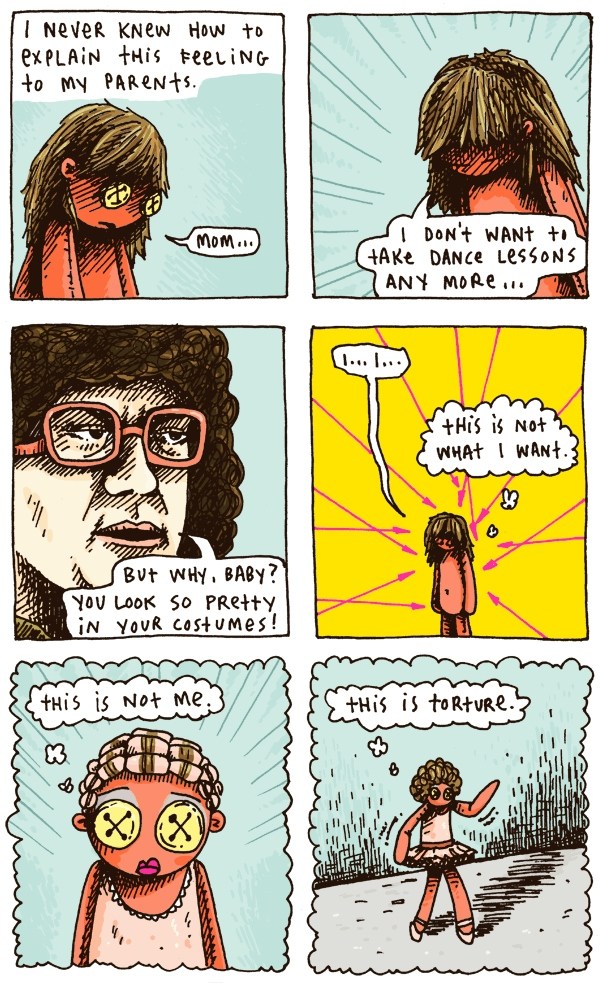 If you can get push your way though some initially-choppy waters, and meet this work on its own terms, what you’ll find isn’t just a good — or even a very good — autobio graphic novel, but an extraordinary one. Simply put, Nichols’ story — from kid raised in a repressive Christian environment convinced they’re a lesbian “who can change” to standout math and science student in high school learning to come to terms with themselves (or so it would seem, at any rate) to honest-to-God MIT genius finally willing and able to accept their identity as a trans man — is utterly and ineffably unique, and he’s got the cartooning chops to communicate everything he’s thinking and feeling at any given point in his life with supreme earnestness and confidence thanks to his emotive, vibrant, highly expressive illustration. This, then, is a journey of becoming in every sense of that word, and one you’ll feel privileged to bear witness to.

As singular as that journey may be, though, there is a narrative through-line underpinning everything that applies very nearly universally to one and all, to wit: Community is what you make of it (as is, ultimately, family), and if you pick and choose what to take and leave from each “flock” you find yourself a part of, you’ll go a lot further than if you buy into every facet of any given group hook, line, and sinker. For instance: the same church community that L. was justifiably fearful of “coming out” to literally made sure the Nichols family didn’t starve to death during tough times; the same high school friends that made fun of her (at the time) Louisiana drawl gave her (again, at the time) the confidence to express her (yet again, at the time ) sexuality; the same college friends who turned a bit of a blind eye to drinking, partying, and “cutting” were the ones he finally was able to express his actual gender identity to. 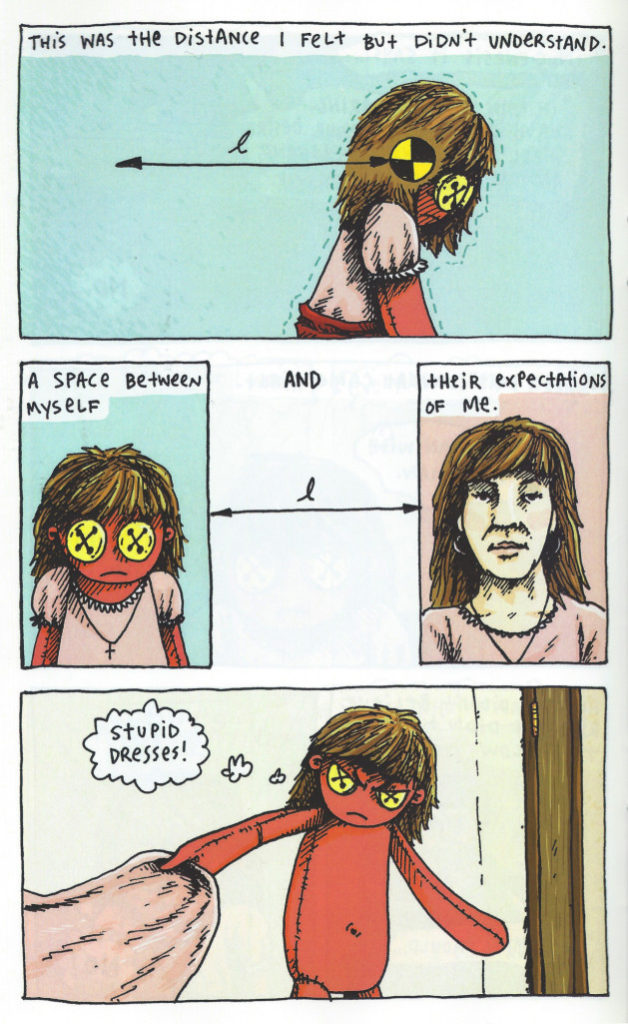 Along the way some of those artistic choices I referred to as “curious” are revealed to be more than just a bit ingenious — the “doll motif,” for instance, is a superb conceit whereby Nichols can express the difference between, and eventual resolution of, his self-image versus his exterior presentation, and the scientific/mathematical shorthand symbolism morphs into a series of more hopeful equations (trust me, it makes sense in context) as he moves toward what can only be termed the most thoroughly and satisfying of genuinely happy endings. All in all, then, despite some hiccups dictated by sheer necessity in the early going, Flocks is a remarkably honest, remarkably self-assured, and remarkably poignant book that stands as one of the single-finest works of comics memoir not just in recent years, but perhaps of all time.