L1998’s RESIDENT EVIL 2 is truly the gold standard for video game sequels, shifting its hybridization of action and horror to another level. By taking its story of biological warfare, zombies and an ill-fated team out of the spooky mountains and placing it firmly in the middle of a besieged police station under duress from zombies, spiders and other laboratory bred abominations,  it became a seismic event for survival horror thirsty gaming fans. Christ, there was a phenomenal advertisement for the game directed by the Godfather Ghoul himself, George A. Romero (it’s my personal heartache that he never got to make his RESIDENT EVIL script). All the new tweaks Capcom made to RESIDENT EVIL 2 ensured that we wouldn’t be getting a rehash of the same old thing. Whether it be the “zapping system,” a way to create an interesting interplay between the two playable characters, Raccoon City Police Department rookie Leon Kennedy and sibling to the previous game’s protagonist, Claire Redfield, in which players were to exercise caution in taking certain items and weapons because it would affect the gameplay for the other “scenario.” That also kept each campaign unique and created a wonderful element of replay value.  Or the unstoppable-yet-fashionable villain, Mr. X (who provided me with one of my favorite video-game scares) that hounded players through the game’s “Scenario B,” all the way to the explosive end. 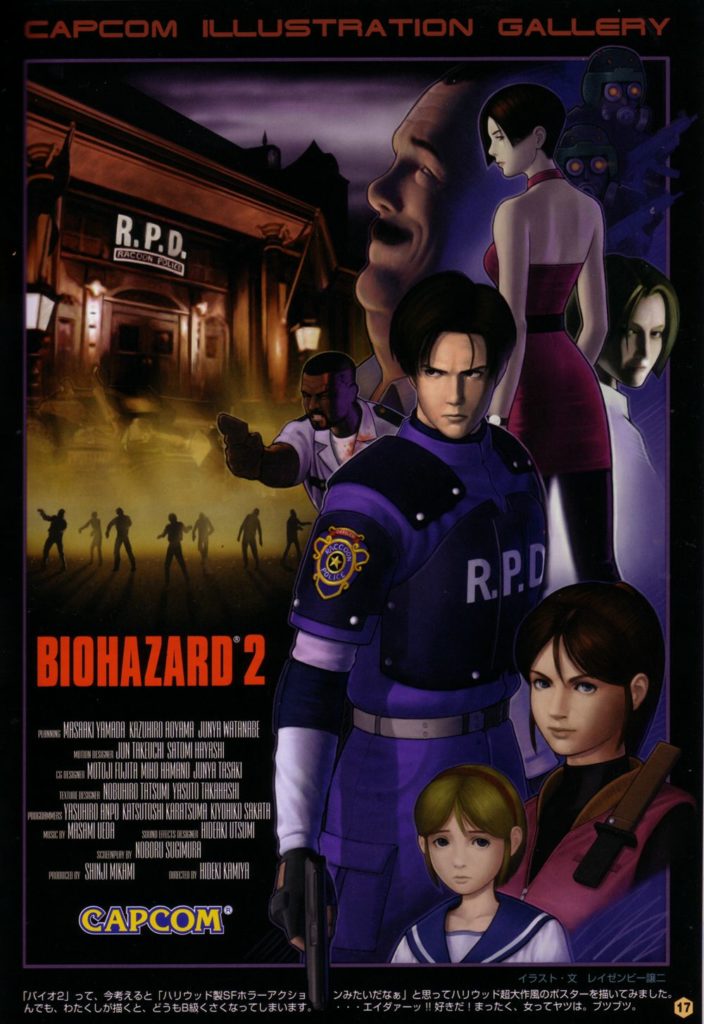 On January 25th, Capcom is releasing the hotly anticipated RESIDENT EVIL 2 remake … remaster (?) and to satiate its horde of zombie-like fans, they’ve announced a “one-shot demo” that will be playable for consoles – PlayStation4 and Xbox One and for PC players on Steam. It’s way different from the spooky, nightmare-coated demo that they released for 2017’s RESIDENT EVIL 7, instead sounding similar to the old Mercenaries mini-games where you’d run around wasting zombies as any of the litany of memorable characters from the franchise. In the demo, you step into the shoes of Leon Kennedy, and have thirty minutes to finish a mission objective, while battling waves of the undead from gnawing on your brains, because you’re going to need that gray matter to solve puzzles. If you complete the objective under the designated thirty minutes, you can replay until time is up. If you get gut munched, you can replay as much as you can until the time limit has ended. Players who have completed the demo will be rewarded with a demo exclusive trailer, which does not have a limit on views.

The demo is available for a limited time, from January 11th to January 31st, so act now, load your gun and get ready to bust caps in the skulls of the shambling, rotting corpses!