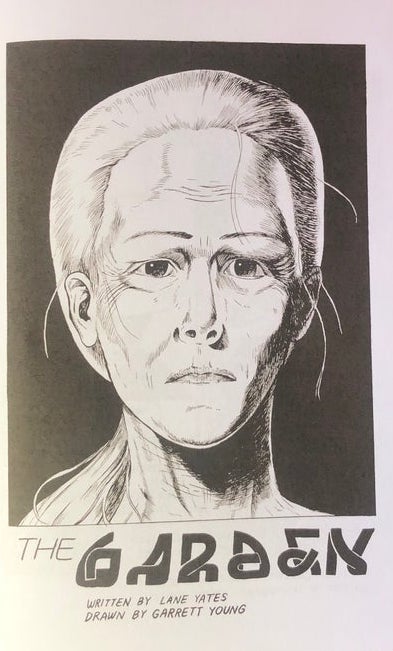 A collaborative effort between writer Lane Yates and artist Garrett Young that was self-published toward the tail end of 2019, The Garden is a curious and fascinating mini that weaves an utterly unique spell that exemplifies the notion of, with apologies to Dan Clowes, an iron first under a velvet glove. But that fist is all the more powerful for restraining itself and never quite connecting.

Set in a bucolic and lavish landscape rife with strange growth, an aging couple referred to only as “Neighbor” and “Fellow” strike up an intimate relationship in the midst of “all this dreadful beauty,” largely because – apart from an omnipresent, multi-eyeballed observer – there doesn’t appear to be anybody else around. Details are scarce – aside from those found within Young’s intense, intricate illustrations – and that’s one of the comic’s most intriguing facets: who these people are, what they’re doing here, why this “Eyeball Kid” (apologies this time to Eddie Campbell) is apparently acting as a de facto “border guard” between this hermetically-sealed world and the one that may or may not exist outside it, why a “neighborhood” with the character and affect of many an entirely-foreclosed-upon suburban cul-de-sac should exist within these alien (in the most precise sense of the word) environs – these are left entirely up to the reader to determine for themselves, and seem purposely left wide open for allegorical interpretation. 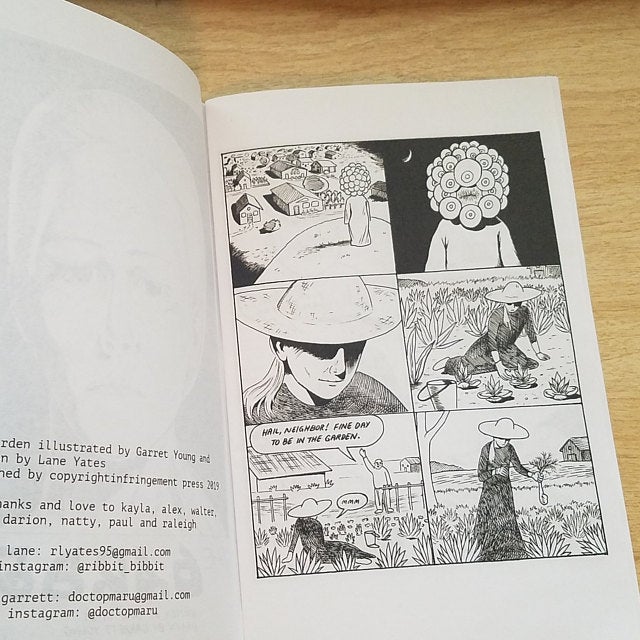 The rigid formalism of the book’s page layouts add to the feeling of this reality being entirely separate and self-contained, and ditto for Yates’ largely-stiff and expository dialogue, which has a rhythm and cadence all its own that nevertheless complements the artwork beautifully. In the eyes of many a reader of “avant-garde,” “independent,” or “art” comics, it’s taken as a given that one head is always better than two, but this is very much a singular work of artistic expression – it’s just that it happens to have been made by a pair of people. Seamlessness off the page leads to seamlessness on it, then, it would appear. 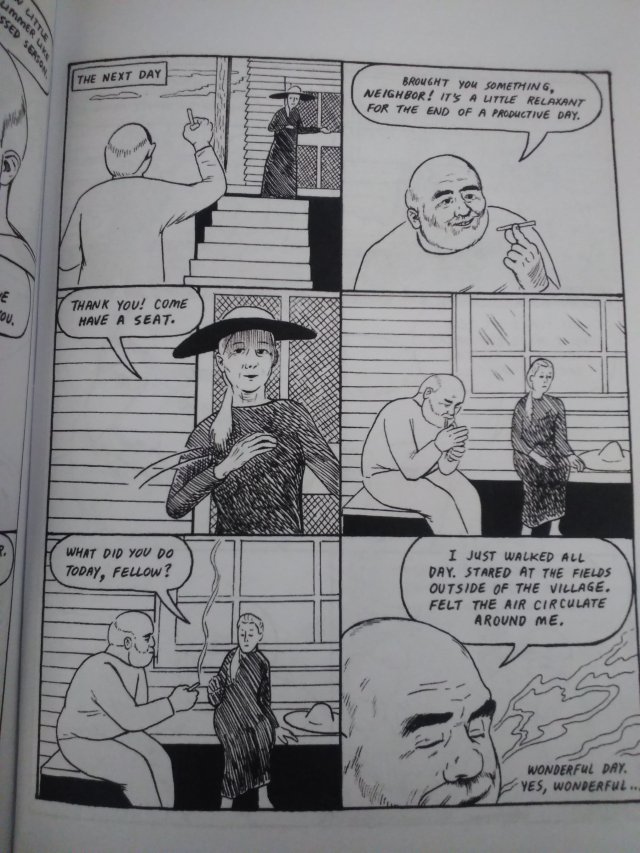 All looks and reads well, then – but all certainly never feels well. The passage of time isn’t just a fact of life in this seemingly-Edenic vista, it hangs over all like an oppressive force – which, let’s face it, is precisely what time is, it’s just that we’re trained and conditioned to take it as a given. Not so here, however – and that fourth-dimensional pressure, while unseen, never goes unnoticed. And it only seems to run in one direction – Neighbor and Fellow change, age, and all that, but their surroundings? Not so much. In fact, not at all.

This lends the entire proceedings a sense of unease and dread that’s always at a remove; it hangs over things without crashing down on them. The pacing here is borderline-idyllic, to be sure, but it’s nevertheless fraught with an almost sublime tension, the end result being something close to what a leisurely-expanding fraught nerve might feel like – assuming there actually was such a thing. 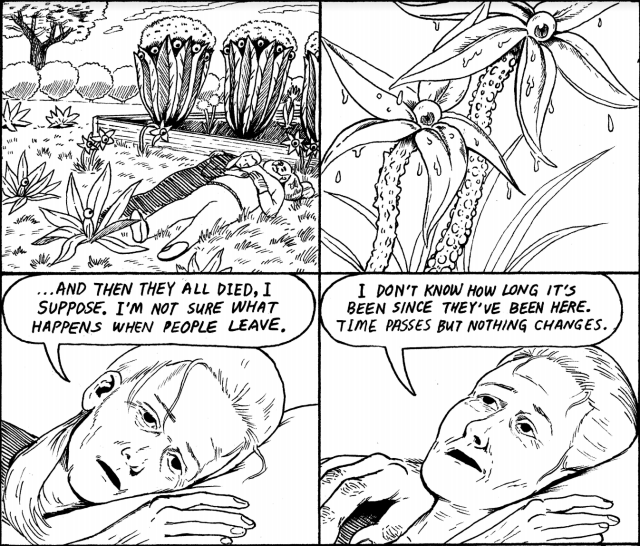 That might be a metaphor that’s ultimately impossible to apply to anything, then – they tend to be more successful when referring to things that actually exist – but I feel pretty confident in its usage here, given that this is a comic that is utterly and absolutely unlike anything else itself. And while it may be short, don’t be surprised if you spend hours with it – and if it lingers in your mind even longer than that after you’ve put it aside.

The Garden is available for $8 from Austin English’s Domino Books distro at http://dominobooks.org/thegarden.html