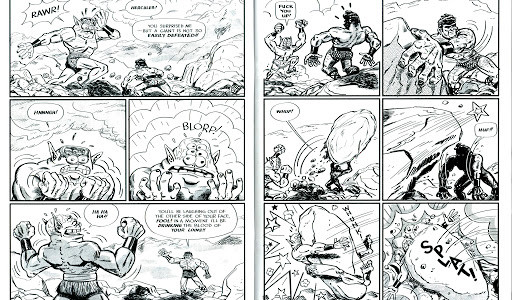 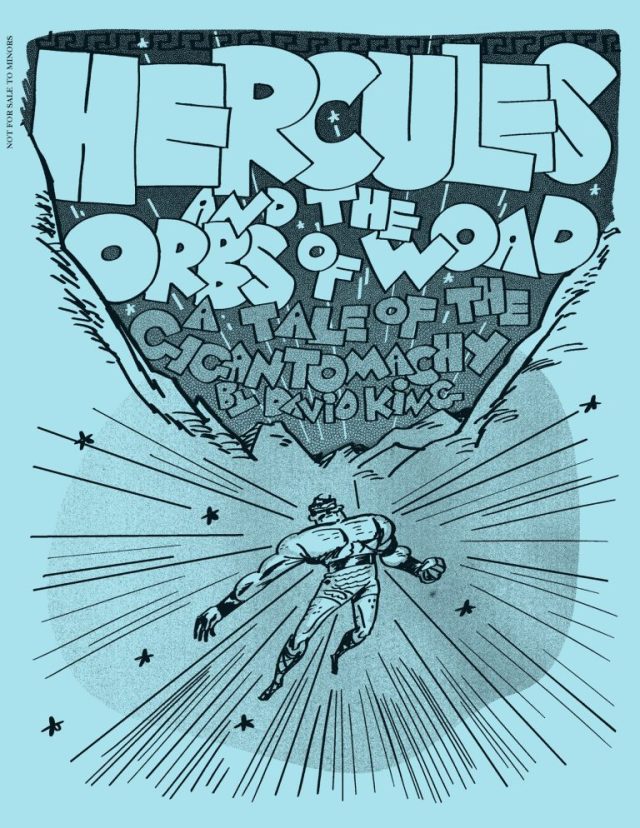 After knocking it out of the park with his flawless all-ages comic Yellow Flag Intelligence Squadron, cartoonist and self-publisher David King came back in the latter part of last year with a decidedly more – mature, I guess? – offering in the form of the magazine-sized Hercules And The Orbs Of Woad, a smartly contemporary take on the hero of ancient Greek mythology that takes what we know about the character to logical, if extreme, conclusions in service of something of an old-school illogical romp.

If that seems a bit vague, I apologize, and since I’d hate to be accused of tiptoeing around the issue, I’ll just lay it out in plain English: We all know that, like his daddy Zeus, Herc would pretty much fuck anything that moved, but what would happen if he got “blueballed?” If you’ve always wondered, here’s the answer you’ve been waiting for. And if you haven’t, well – here’s a damn funny, and exceptionally well-drawn, comic regardless. 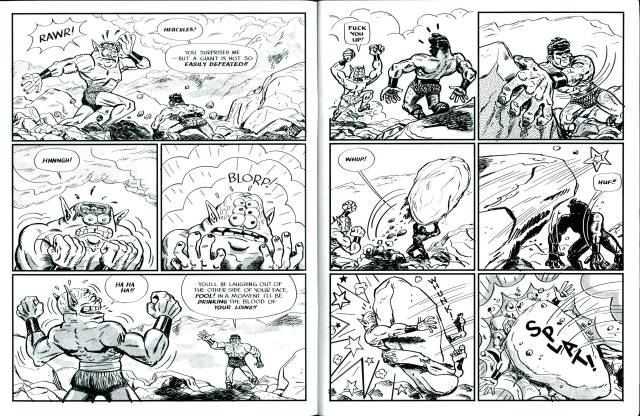 The earth will shake, the skies will crack open, and the other gods will get really worried as the prototypical strongman seeks to slake his carnal thirst, but what really seals the deal here is King’s brisk rendering of action, his Kirby-esque foreshortening, his imaginatively-realized monstrosities, his impeccable sense of comic timing, and his mastery of tin-eared mythological dialogue. This is one of those comics that quietly knocks your socks off by doing all the basics really well and concerns itself far more with quality craftsmanship than it does being flashy for its own sake.

Now, I freely admit that such praise may sound like I’m covering up for King’s book not being terribly original, but “originality” is a flexible term in my book. In point of fact no comic about some character that’s been around for thousands of fucking years is going to be wholly original, but there’s a very definite air of originality in King’s take on him, even if all these flaws and foibles have been right there hiding in plain site since time immemorial. Sometimes all it takes is a slightly askew POV to reveal what’s been there all along – and King, as it turns out, is just the person for that job. 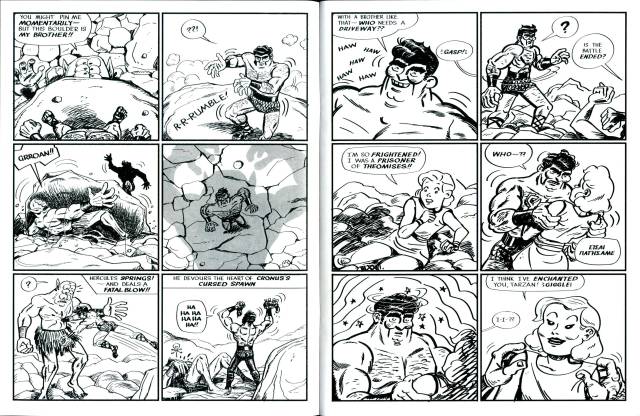 That being said, the classical flair and sensibility that King brings to all his work is arguably its greatest “selling point,” this being no exception. His cartooning follows a stylistic tradition that goes back to the earliest days of the medium, and he’s not only done his homework, he’s internalized all of what makes humor comics, when done correctly, so undeniably great. In fact, this is such a clinic on how to do it that you’ll be able to enjoy it over and over again even after you know which jokes are coming and when. If you like comics, you’ll like this comic, and in the final analysis, what higher praise for it could possibly be offered than that? If you answered “none,” then you have my heartfelt congratulations for answering correctly. 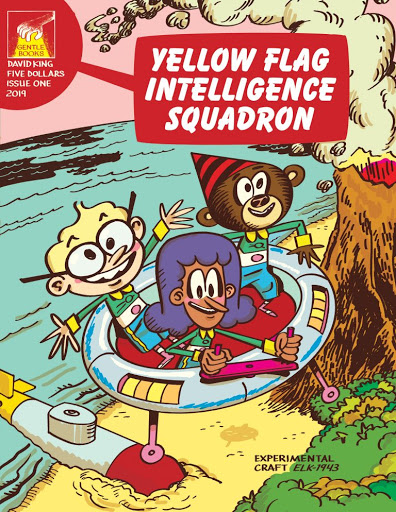 Taking my word for it alone would be a big mistake, however. I can’t encourage you strongly enough to pick up Hercules And The Orbs Of Woad for yourself – as well as Yellow Flag Intelligence Squadron, pictured above — and enjoy discovering one of the most genuinely talented new voices in comics to come down the pike in a hell of a long time. Austin English’s Domino Books distro is the place to go to grab ’em both : http://www.dominobooks.org/store.html