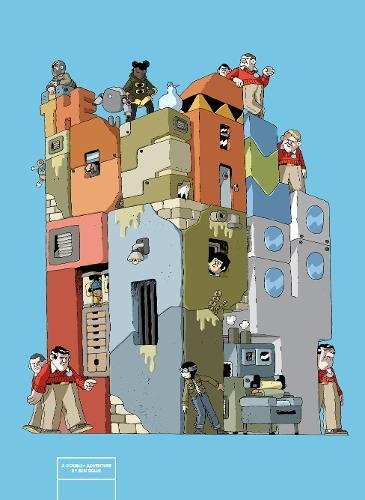 I’ll be the first to admit it: I’m way less familiar with the current state of affairs vis-a-vis all-ages comics than a person in my position probably should be. It’s not that I have anything against all-ages books, quite the contrary: I think there needs to be a whole heck of a lot more good stuff out there that appeals to the so-called “youth market” if we want kids to fall in love with the comics medium. If there’s no future for kids’ comics, there’s no future for comics, period, since very few people get interested in these funnybooks we love in their 20s and 30s. Comics started life aimed at a children’s audience, and even if they’ve purportedly “grown up” (notice I don’t say that they’ve actually matured), there always needs to be a healthy crop of material out there that the young’uns can enjoy — and, ideally, that their parents can enjoy with them.

Still, there’s only so much time in a day, and one’s attention can only be split in so many directions — and not being a parent myself, I just have no particular compelling reason to personally keep up with the all-ages “scene.” Among those who do, though, one name seems to pop up constantly as someone whose work is particularly smart, inventive, superbly-illustrated and, above all, fun: Ben Sears, whose Koyama Press-published “Double+” series just saw its third volume, The Ideal Copy, roll off the presses. So, hey — if not now, when… am I right? 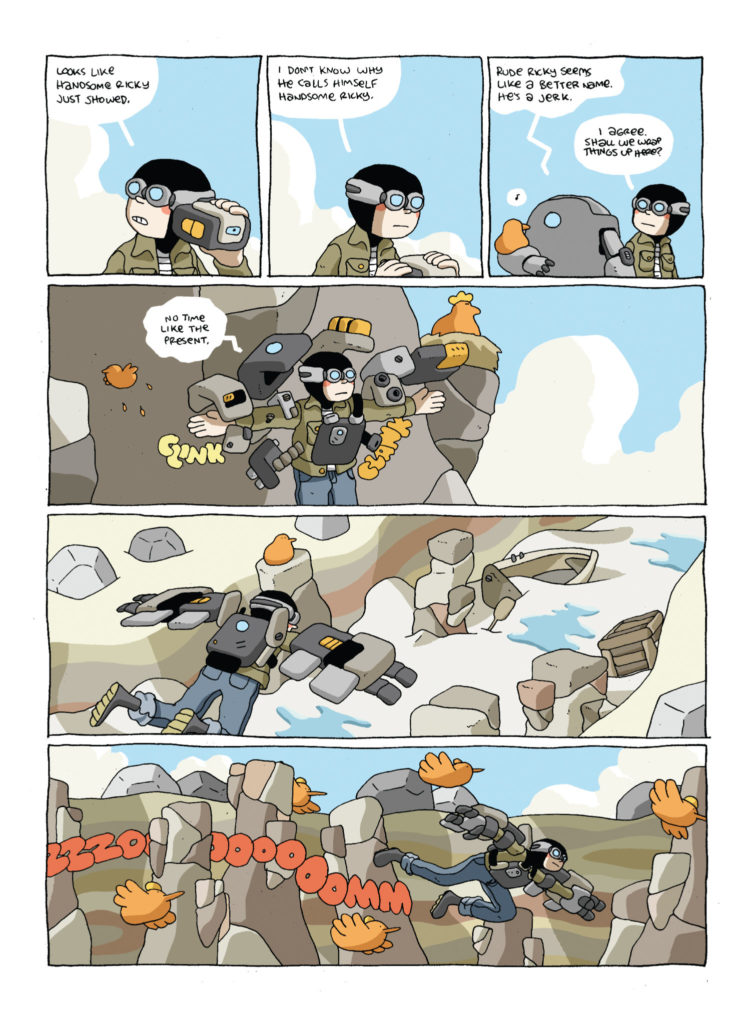 The heroes of this series (and this book), Plus Man and Hank, immediately charmed me in the manner of the best newspaper strip characters, and while I’m not familiar with their previous exploits as treasure hunters, there’s just enough pretext on offer here to make that seem like a more-than-believable “career track” for the both of them — unfortunately, as this story opens, they find themselves unofficially banned (I believe the term we’re looking for here is “blackballed”) from their chosen profession, and looking for new job opportunities. Nothing being as simple or straight-forward as it seems, though, it turns out that their new gig with a catering service holds its own dangers and intrigues, especially given that the hosts of the next big party they’re tasked to provide the eats and drinks for is a gang of counterfeiters.

By and large, this is mostly Plus Man’s story, given that he’s the one who discovers the nefarious nature of their new employers and takes it upon himself to bust up their schemes along with witty-and-wise new sidekick/mentor, Gene, himself a former treasure hunter in addition to being an ex-con (in fairness, though, a wrongfully-accused one). The addition of a young female contemporary named Mickey makes Plus Man’s makeshift “crew” a trio, but Hank remains mainly sidelined until the end, when he’s called upon to re-emerge just in time to save the day — and his friends. He probably deserves better than being a mere plot device (in his defense, though, his “comedy hi-jinks” scenes as a bumbling caterer are clever and amusing), but I guess I can always hunt down the two prior books to see more of him. 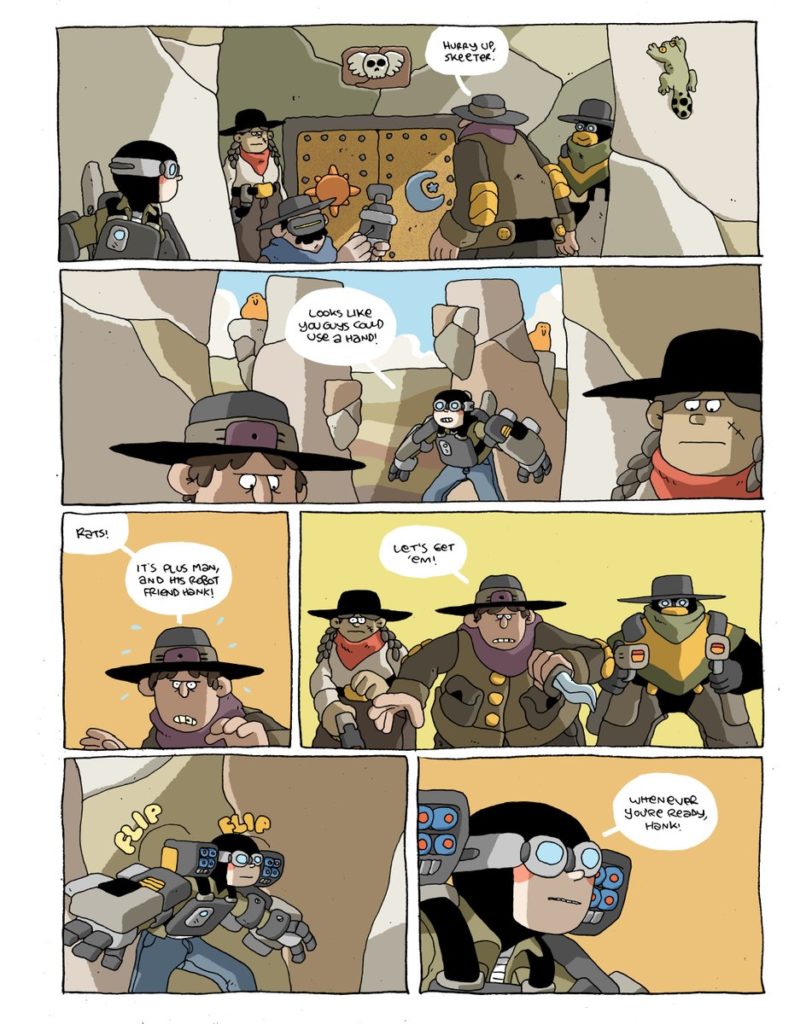 Sears’ clean line is smooth and crisp without being overly slick, his colors are vibrant and smartly-chosen, and he does a lot of fun things with perspective and framing in order to accentuate the physical differences in his characters, so this book never gets dull visually even during the less “action-centric” scenes — but when things are really rolling, that’s when he’s at his best, pulling out all the stops to establish a fresh and frenetic world where dangers are clearly present and felt, but generally need only be out-smarted and out-maneuvered. If I was a kid, I’d love paging through this book just for the art alone — and I know this for a fact, because I loved doing it as an adult. 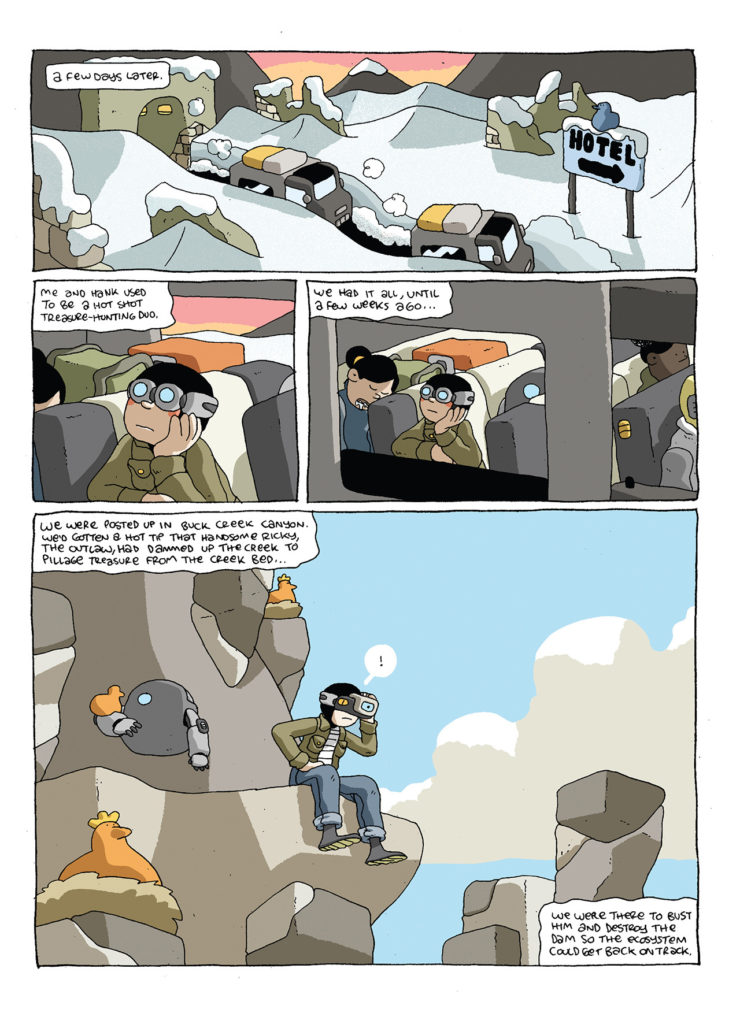 Toss in a heaping helping of spot-on dialogue, evocative caption boxes that work well as “scene-setters” while avoiding being “scene-stealers,” and one crisp, comedic, rapid-fire adventure scenario after another strung together to make a pleasing whole, and what you’ve got is a book that does what far too few make you do this days : smile from ear to ear. The Ideal Copy proved to me that the scuttlebutt I’ve been hearing the last few years is absolutely true — Ben Sears is a cartoonist who intrinsically understands what younger readers want in a story, but the tent he’s hosting his party in a big one, and there’s plenty of room in it for us old-timers, too.