Stephen King is the most influential voice in horror of the late 20th century. His books have been bestsellers since his debut and have gone on to spawn numerous adaptations in film, TV, video games, and other media. King Of All Media looks at those adaptations, starting with his TV miniseries in chronological order. Each week Alejandra Gonzalez and Rob Dean will discuss a new miniseries project of King’s — with today’s installment being on 1999’s STORM OF THE CENTURY, directed by Craig R. Baxley.

Rob Dean: It’s a wonder that more horror films don’t take place during bad winter conditions. There are a few — classics, even, with THE THING and THE SHINING — but it seems ripe for isolation and a creepy sense of doom. 1999’s STORM OF THE CENTURY takes place on a small island off the coast of Maine during a terrible snowstorm in 1989. While dealing with horrible weather, a mysterious man (Colm Feore) arrives to terrorize the populace until he gets what he wants. Led by the constable (Tim Daly), the townspeople have to make a horrible decision as the body count increases and secrets are exposed.

While it’s not perfect, mostly due to poor use of timing and economy of storytelling, STORM OF THE CENTURY is mostly successful thanks to its third and final part. The Maine accents are exaggerated, and the F/X aren’t particularly well done, but the fact that it all leads to a very human moment with a deep moral question makes this a winning miniseries. As opposed to other entries in this feature, STORM OF THE CENTURY isn’t an adaptation of a Stephen King work, but instead an original story and script that King wrote expressly for the small screen. 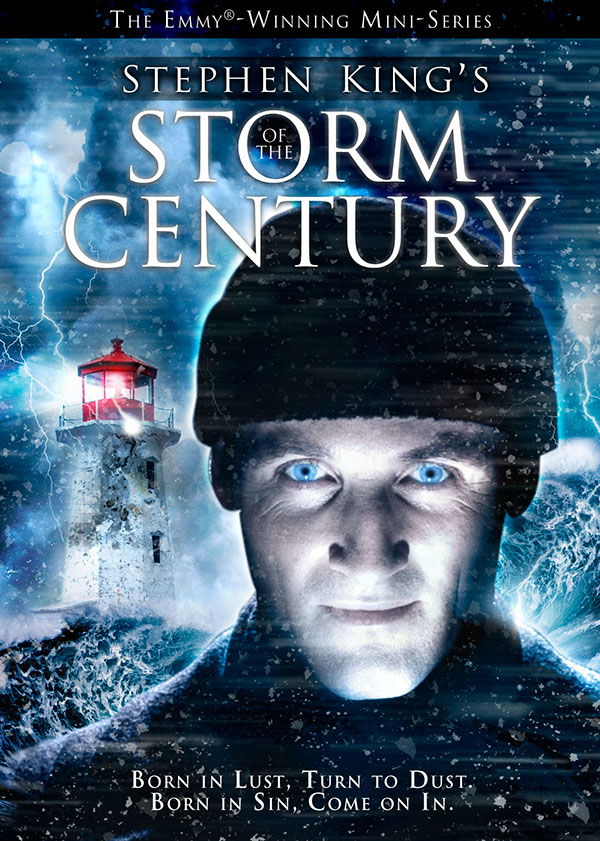 Ale — what did you think of the miniseries? Was it a slog that paid off in the end or did it never quite come together for you? What were some of your favorite moments?

Alejandra Gonzalez: I really had a great time with STORM OF THE CENTURY, and I didn’t think it was a slog at all. In fact, I knew from the moment it started that I would be interested, because there’s something about narration that really gets me going, especially if it’s retrospective. I also instantly felt like this was the first miniseries we’ve covered that felt almost cinematic, in that I would watch this as a long movie, instead of a series for television. Like you, one of the first things I noticed were the exaggerated accents, which kind of took me out of the whole thing at times, because I just had to laugh. They sounded SUPER Irish to me  –is that a Maine thing? Also, I was a little confused by the power structure in this town. You and I spoke about it some off-line, but having been in a huge city like Miami my whole life, I did not understand the whole “town manager” thing. I think the only other time I’ve seen anything like that was in GILMORE GIRLS. The more I watched though, the more I liked that this power structure made them feel to me as if they were isolated from the real world, and therefore perfect victims of what transpired. 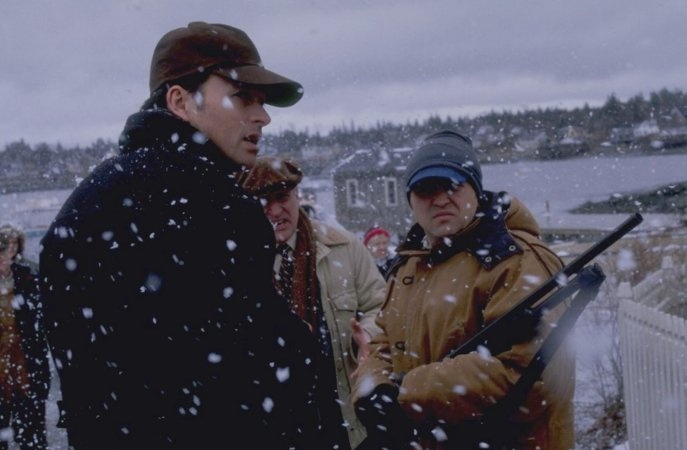 Some of my favorite moments were at the very beginning, when the little girl gets her head stuck in the stairs and they call Michael to come all the way from work to help dislodge her head. First of all, it was really funny. Second, it really established how important Michael is to this town. I also really loved the town meeting in the last part. I thought the building of tension was really effective, and I kind of thought the town would come together to fight against Linoge. I thought Linoge was testing them, to see if they really would give up one of their children in order to prove their corruption and wipe the island off the face of the earth. Was the outcome what you expected? Were you surprised Linoge actually got away with everything? 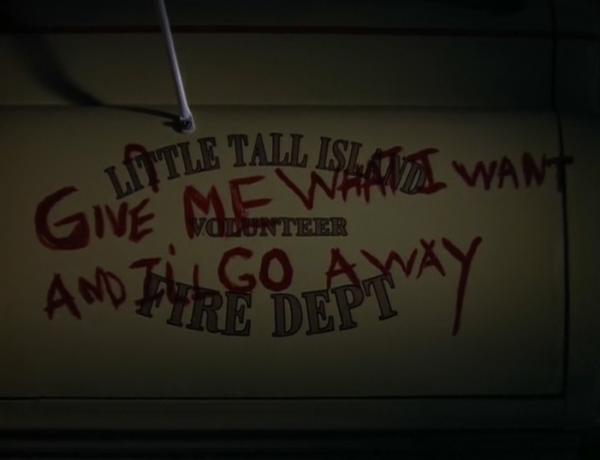 Rob Dean: Yeah, I think that with some trimming, and/or streamlining of narration, this could be (remade as) a very strong movie. But, as it is, it’s an effective bit of storytelling. I didn’t see the ending coming, with Linoge taking Michael’s kid away. I guess it’s fairly obvious in retrospect, but also there are very few scenes between Tim Daly and his onscreen child, so it wasn’t as underscored or foreshadowed as it could have been.

I liked that the town was so small that it didn’t have a mayor, or that its part-time constable was called to take care of such things as “kid stuck in a staircase.” It really cements it as a quaint place and punctuates the remote elements that make them a perfect prey for Linoge. Besides the accents — which are heavily exaggerated, and I’ve never encountered to that extent in my 36 years of visiting Maine — my only other issue with STORM OF THE CENTURY is that Linoge doesn’t tell people what he wants. I understand it’s saved up for the ultimate dramatic reveal, and that he’s merely establishing his abilities and the seriousness of his threats by toying with the townspeople. But it just felt weird that, for about four hours of this four-and-a-half-hour-long miniseries, Linoge insists that people give him what he wants, but he never stipulates what that is. Again, I totally understand the narrative purpose of it, but it felt akin to a tantrum a child would throw, where they want something but don’t know what, but they want it NOW, dangit! 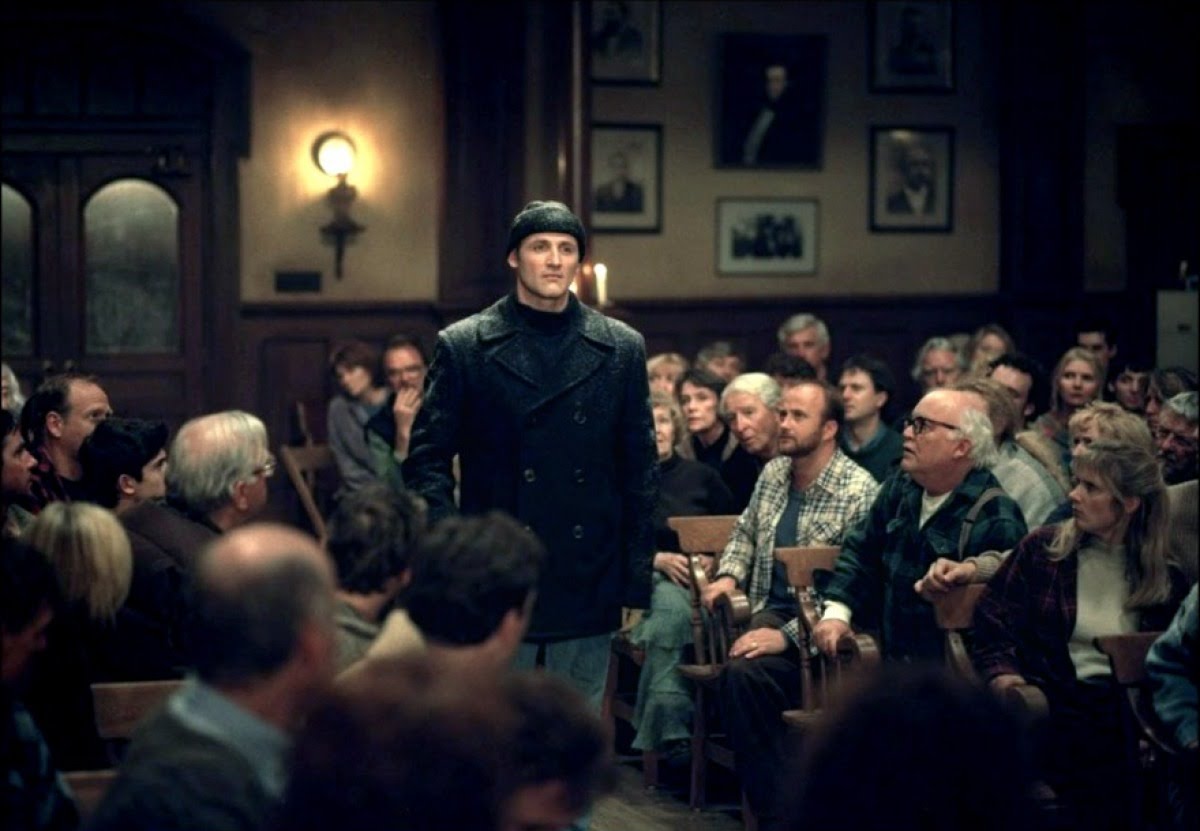 (Oh, and also there’s a throwaway line where a weather forecaster says it’s going to be the worst storm since 1976, when everyone in New England knows that the worst blizzard was in 1978. It’s a nothing moment, but it just annoyed me that King didn’t get that right, when literally everyone who was around for it still talks about it to this day.) 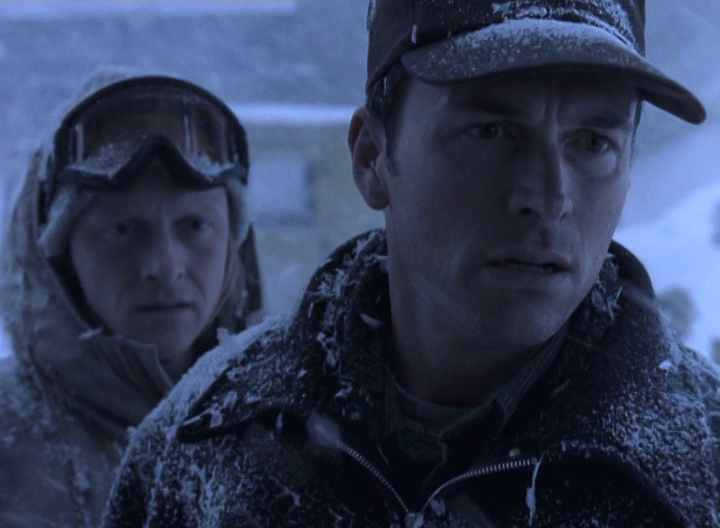 Tim Daly does a very good job in his role as the constable. And Colm Feore is doing a bit of a “budget Hannibal Lecter,” but he still makes it work and makes Linoge’s menace palpable. A bunch of his sayings make no sense (which seems like a Stephen King staple, actually, where he has people saying axioms that don’t really translate to much when deconstructed), but the casting of Daly and Feore create a nice disparity between the two styles of “men” who are vying for the soul of the town in their own ways. I wish Debra Farentino had more to do as Molly, Daly’s wife, as she becomes a bit of a straw man at the end that is very easy to resent for going along with the crowd. Or maybe that’s just me — how did you feel about the outcome? I know you said it subverted your expectations, but do you think there’s a bigger message? What is the right call that the people of Little Tall Island should have made… or did they make the only good one? 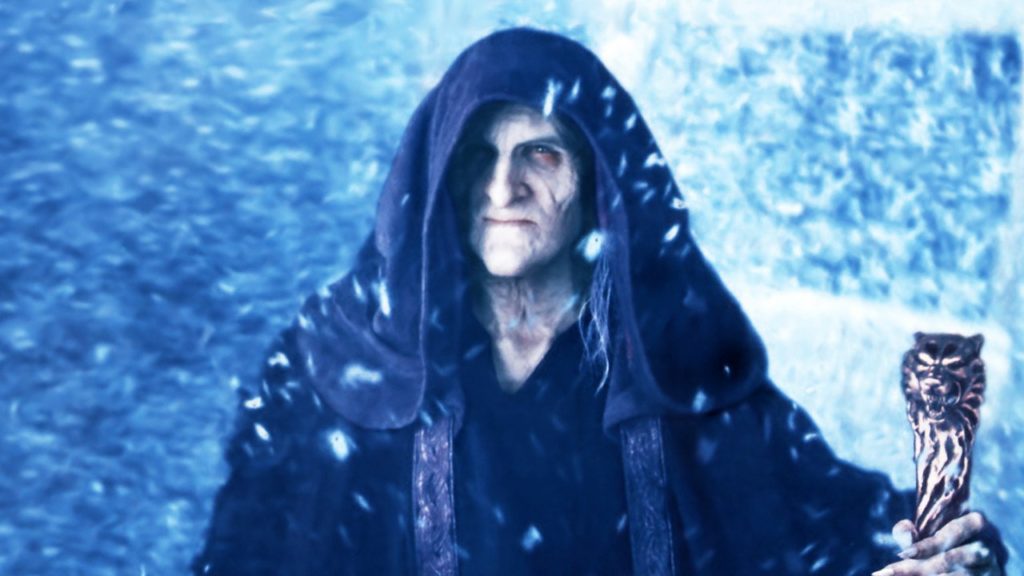 Alejandra Gonzalez: I was mainly satisfied with the ending. I enjoyed the melancholic note everything is left on. I guess with this ending, though, it felt like Linoge was trying to punish the townspeople for the bad things they had done, but it seems counter-intuitive if the way he does that is by making them do something horrible. It would have been better for me if somehow the townspeople were able to prove themselves as flawed but decent. By the end, I thought everybody was pretty despicable besides Michael. Most of it feels pretty cynical to me, although the townspeople are unable to live with their decision for the rest of their lives. 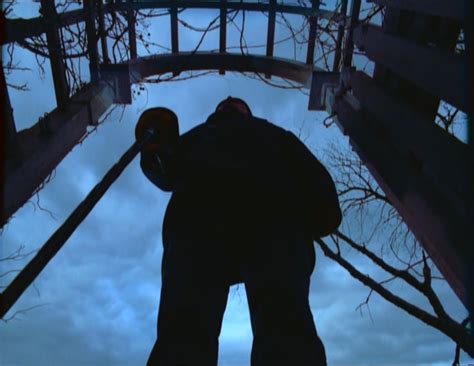 I can’t say for sure that I know what the right call would have been, and I don’t know for sure if Linoge would have destroyed the island, had they refused to cooperate. I can’t even say for sure that I know I would refuse to give away the child! Either way, it would be cool to see this adapted again in the form of a feature, and I would even be open to a different ending. For now, I’m just glad we’ve finally come across a solid miniseries, after a streak of mediocre ones — and I am really looking forward to covering ROSE RED next week! 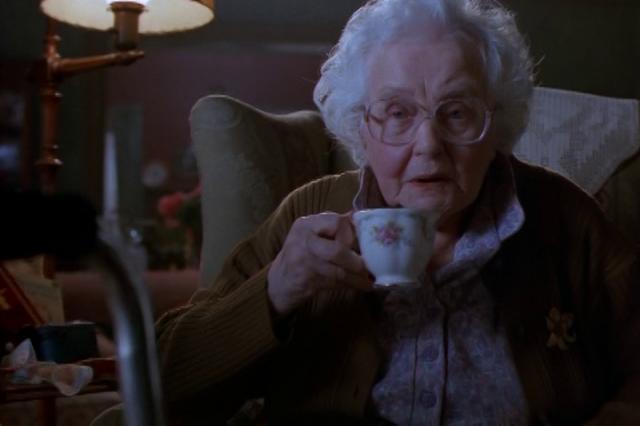