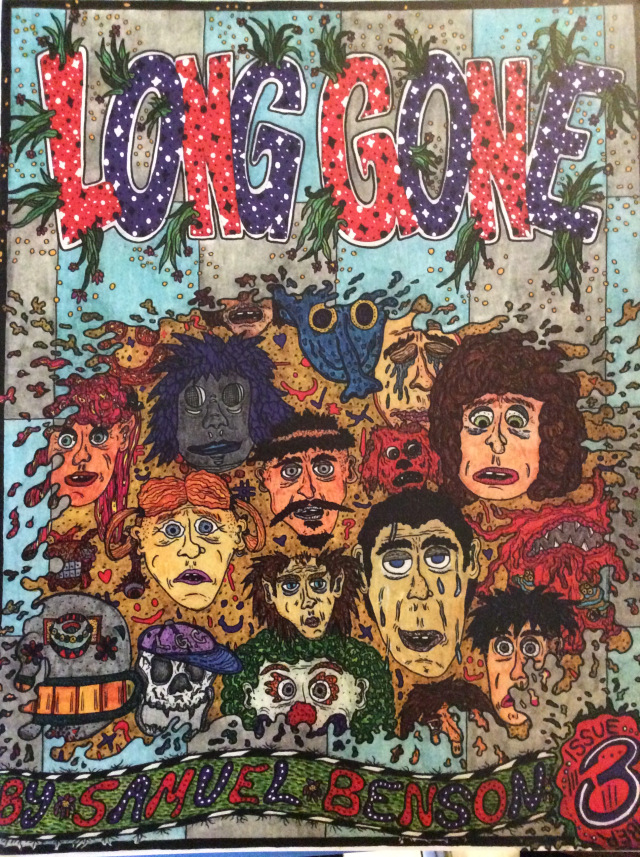 I first came across the work of Samuel Benson when, in fairness, he came across me and sent me a copy of his impressively strange full-length comic A Different Sky, a post-psychedelic exploration of altered consciousness, sci-fi high weirdness, and quasi-magical birds from a stoner/slacker perspective that struck a chord with its idiosyncratic dialogue, bizarre-yet-logically-consistent plotting, and just plain intense art, a combination of belabored cross-hatching, big eyes, nervous faces, and gritty urban rendering. It was quite unlike anything else in recent memory, but as it turns out that’s only because my “sample size” of Benson’s own work was pretty small.

In truth, unbeknownst to me until very recently, Benson has been self-publishing a magazine-formatted series called Long Gone, the third issue of which just recently came out, and tonally and stylistically and artistically it serves up very much the same kind of “far-out” cartooning A Different Sky did, but it does so in short-form strips. So, yeah, this is “solo creator anthology” stuff, and anyone who knows me knows I absolutely love that. 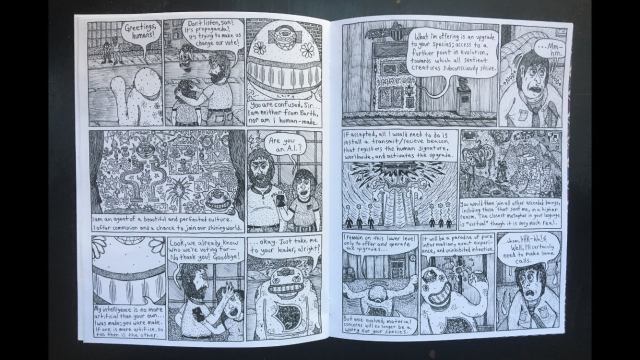 Most of this comic is black and white, although there’s some color as well, but there’s certainly a consistent tone of sorts to the whole thing, even if the subject matter varies wildly from strip to strip. I was able to jump right in easily enough despite not having read the first two issues, which is always welcome, but I have to admit that I was glad that I came into it with some prior “footing” in Benson’s unique worldview, where reality and fantasy seem to merge with no clear distinction between the two. His characters by and large seem to lead lives one could almost describe as mundane, but the situations they find themselves in are often anything but, and his love for sci-fi tropes seems to inform almost everything he does — ditto for the supernatural. I can’t quite put my finger on what’s happening in any given story herein — hell, even on any given page — but much of it also reeks of the eerily familiar. That’s exciting, sure, but it also means that this comic isn’t for the easily frustrated — which, I trust, doesn’t apply in any way, shape, or form to you, dear reader.

Still, even if it does, I think you’ll find plenty to like here. Memory, daily observation, and a kind of off-kilter view of what constitutes the monstrous all combine in these stories, and I’ll be damned if at least a couple of them don’t seem to be directly channeled from the cartoonist’s own dreams. There are also bizarre and unintended consequences all around — perhaps the most stark example of which is when a guy who’s meditating enters into another reality physically rather than mentally — but far and away the one that knocked me for the biggest loop appears to be autobiographical in nature, as Benson relates his own interaction with someone who bears all the hallmarks of being an honest-to-goodness succubus. 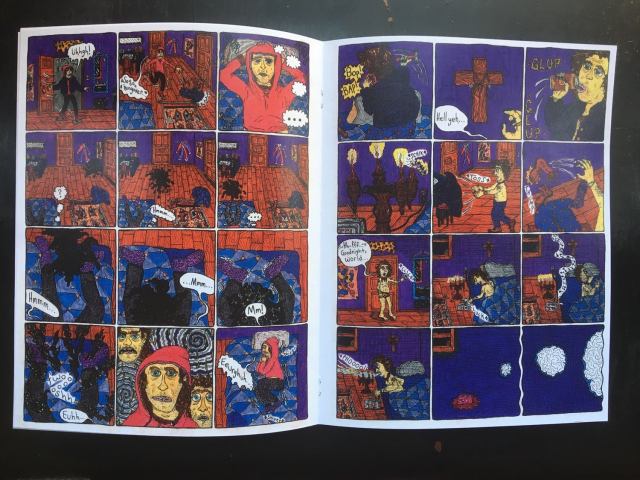 Is it real? I dunno, it sure seems that way — but then, so do plenty of things in this comic that quite obviously aren’t. If you don’t have much patience for the preposterous, then, you’ll likely find yourself out of your depth pretty much from the outset here — but I’ve gotta say that’s your loss, because Benson’s art is such a phantasmagoric swirl of people forever on the brink of breakdown and/or revelation, with no real differentiation to be made between the two either way.  Which is rather in line with the perception of “reality” and “fantasy” here, as well, as previously mentioned. 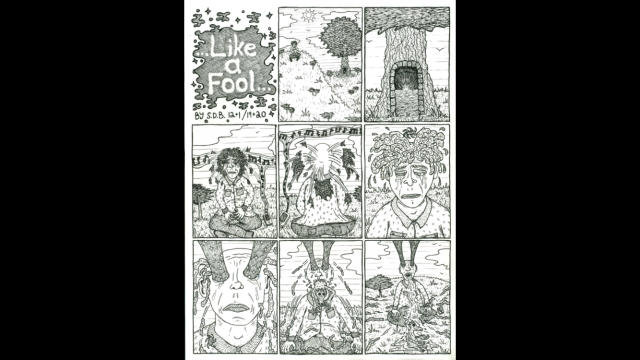 Is this a good comic, then? Oh my, yes — it follows many of the best traditions of both the underground and the already-name-checked genres it draws inspiration from — but it’s never less than absolutely singular and, in its own way, contemporary, given the relatives ages and life experiences of its at-least-vaguely alienated characters. It’s unlike anything else being done by anyone else — and even if it doesn’t strike the right cords with you as a reader (although I’m fairly confident it will), you’ll still come away from it knowing you’ve experienced the work of a genuine auteur talent.