In the horror film documentary THE AMERICAN NIGHTMARE, Wes Craven talked about what it was like being in the presence of a “dangerous filmmaker.” What that meant was to be watching a film, directed by said filmmaker, that was willing to do anything — include any taboo — to unsettle the audience. In context, Craven was talking about his colleague Tobe Hooper and his TEXAS CHAIN SAW MASSACRE, but he easily could have been talking about himself. Hitting the ground running as a soon-to-be-legendary horror director with his first film, Craven’s THE LAST HOUSE ON THE LEFT still remains the most controversial title in his career — one that features an extended rape sequence of a young girl, and which leads her parents to take bloody revenge. Craven followed up five years later (but in between, directed a softcore porn film about incest under the pseudonym Abe Snakes) with THE HILLS HAVE EYES, semi-based on a true story, and which reined in (slightly) the disturbing shocks of LAST HOUSE while exploring similar territory: how do the civilized react when facing an uncivilized threat? 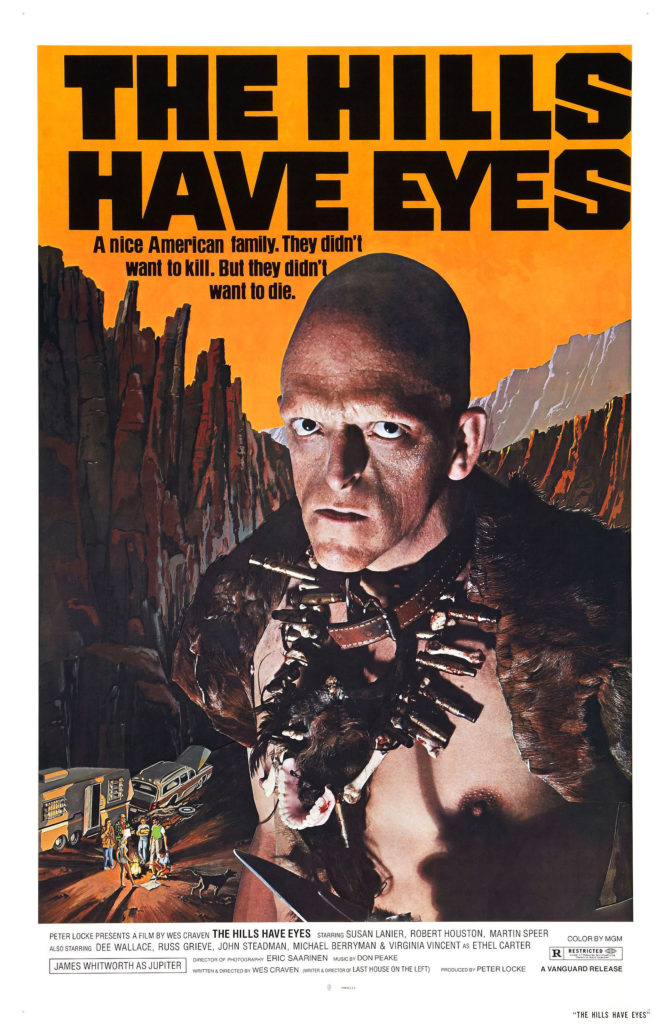 Based on the infamous Sawney Bean clan — a cannibalistic family who lived in a cave in the dusty west and who preyed on weary travelers before they were caught and tortured to death “for justice,” THE HILLS HAVE EYES follows that concept beat-for-beat. A family on vacation takes a shortcut (no!) through abandoned desert land previously used by the government for atomic bomb testing and run afoul of cannibal mutants who like to eat people. And, like the history that inspired it, THE HILLS HAVE EYES asks: At what point do the “good” people, forced to do what they think is right, become just as vicious as those victimizing them? 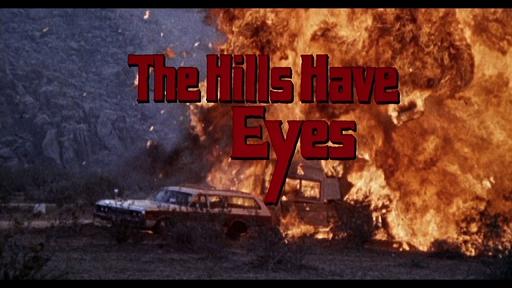 Hearing Craven speak of dangerous filmmakers conjures images of his first two films; and when it comes to THE HILLS HAVE EYES, following the cannibal clan’s first attack on the sitting-duck family, during which one of their members is raped, and her baby taken, you realize that Craven is one of those dangerous filmmakers about which he muses. At that moment, the audience are terrified to see what becomes of the stolen child. Based on what they have seen up to this point, they throw in the towel and readily believe they are in the presence of a filmmaker who will do anything to shock them. The baby, in a real or unrealized way, becomes the focal point that binds the two families together — the only “innocent” one among them, both families are willing to do anything to possess her, and both for very different reasons. 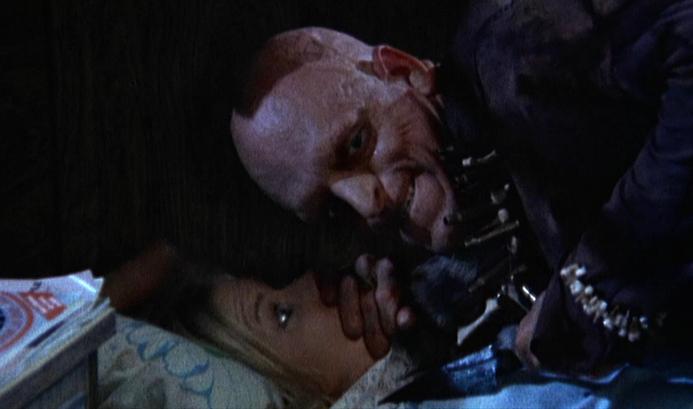 Compared to THE LAST HOUSE ON THE LEFT, THE HILLS HAVE EYES is more polished, and seems intent on telling a more accessible story. (I said “compared to,” mind you.) Having said that, THE HILLS HAVE EYES is still an ugly film — one that’s willing to strive for certain “dangerous” goals, and show you a group of people who are willing to do anything to survive, including a heartbreaking scene where they’re forced to use one of their departed family members as bait for the cannibal family clan hunting them. 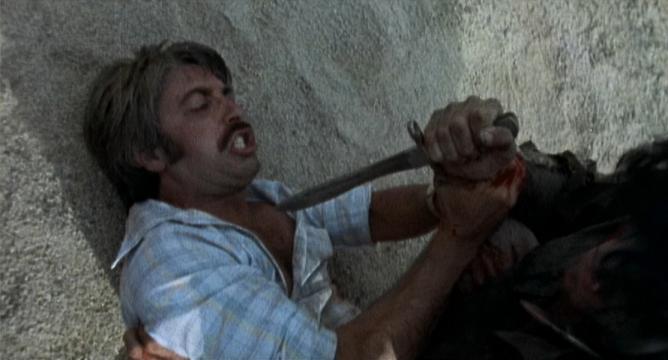 But Craven also wants you to consider the source of evil, and THE HILLS HAVE EYES asks the question in reverse. A good family turns to evil to fight off their attackers; the attackers are forced to evil once their land becomes contaminated by government testing; and being that this was a late ’70s film, the recently ended Vietnam War was still weighing heavily on everyone’s minds — including filmmakers — so at what point does the government become evil while committing it in the name of good? THE HILLS HAVE EYES suggests that the creation of evil is on an endless loop: what is evil will corrupt that which is good, and that former good will go on to corrupt, etc., until nothing good is left.

THE HILLS HAVE EYES bares every bit of its limited budget, from its single shooting location, to its not-so-seasoned actors (including an early on-screen appearance from the most famous mom in cinema history, Dee Wallace of E.T., CUJO, and THE HOWLING), to its filmmaker still honing his skills with the written word and behind the camera. THE HILLS HAVE EYES may ride on a simple concept, but it asks a complicated question — one that filmmakers have been trying to answer since it was unleashed upon audiences forty years ago. 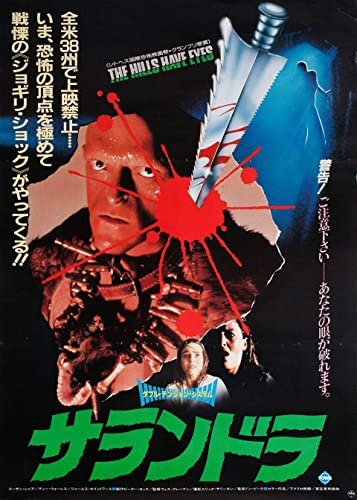 THE HILLS HAVE EYES would go on to accumulate one sequel (which is infamously bad — I’ve somehow never managed to see it, despite it featuring a flashback experienced by a dog) and one very credible, if not superior, Craven-produced remake (which would inspire its own terrible sequel written by Craven and his son), along with a metric ton of rip-offs. Despite the series’ collection of strongpoints or shortcomings, none of them contained that element of danger of which Craven originally spoke. In that regard, THE HILLS HAVE EYES has taken to the desert utterly alone.