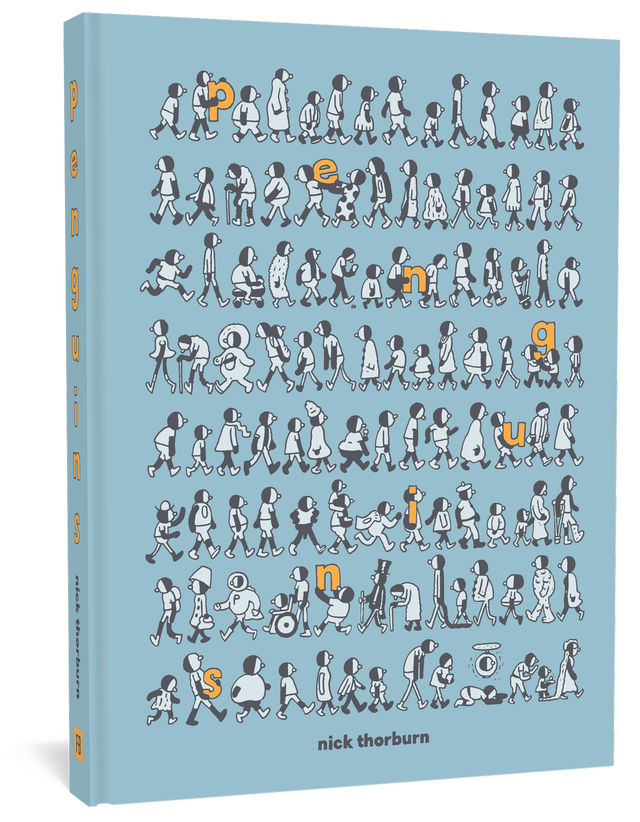 It goes without saying that whenever somebody reasonably well-known from another field of creative endeavor entirely “makes the leap” over to comics, a certain hardened, crusty rump of fandom will view said transition (however temporary) with suspicion. Less so, I’m guessing, when it’s a literary personage like, I dunno, Stephen King or something, than when it’s a musician, since there’s nothing in a musician’s background to indicate that they should be good at this sort of thing — but it’s still a tad bit unfair to automatically assume that there’s some sort of artistic “carpet-bagging” going on when that happens, simply because the standard doesn’t seem to cut both ways. Did anyone object to Alan Moore recording some albums, for example? I didn’t think so.

In that respect, then, Canadian cartoonist Nick Thorburn– best known as musical “frontman” of both The Unicorn and Islands, as well as floating in and out of a number of other more loosely-formed bands — has a two-fold task ahead of him with his new Fantagraphics Books collection, Penguins: to make something good, of course, but also, by extension, to prove that he has something truly unique and singular to say in the medium so as to dispense with the whole idea that he’s an interloper trading on his “fame” and “success” to get the green-light for some sort of vanity project.

The good news — if you were one of those cynical or short-sighted enough to assume the role of self-appointed “gatekeeper,” you needn’t worry any longer. Thorburn is really good at this comics thing. 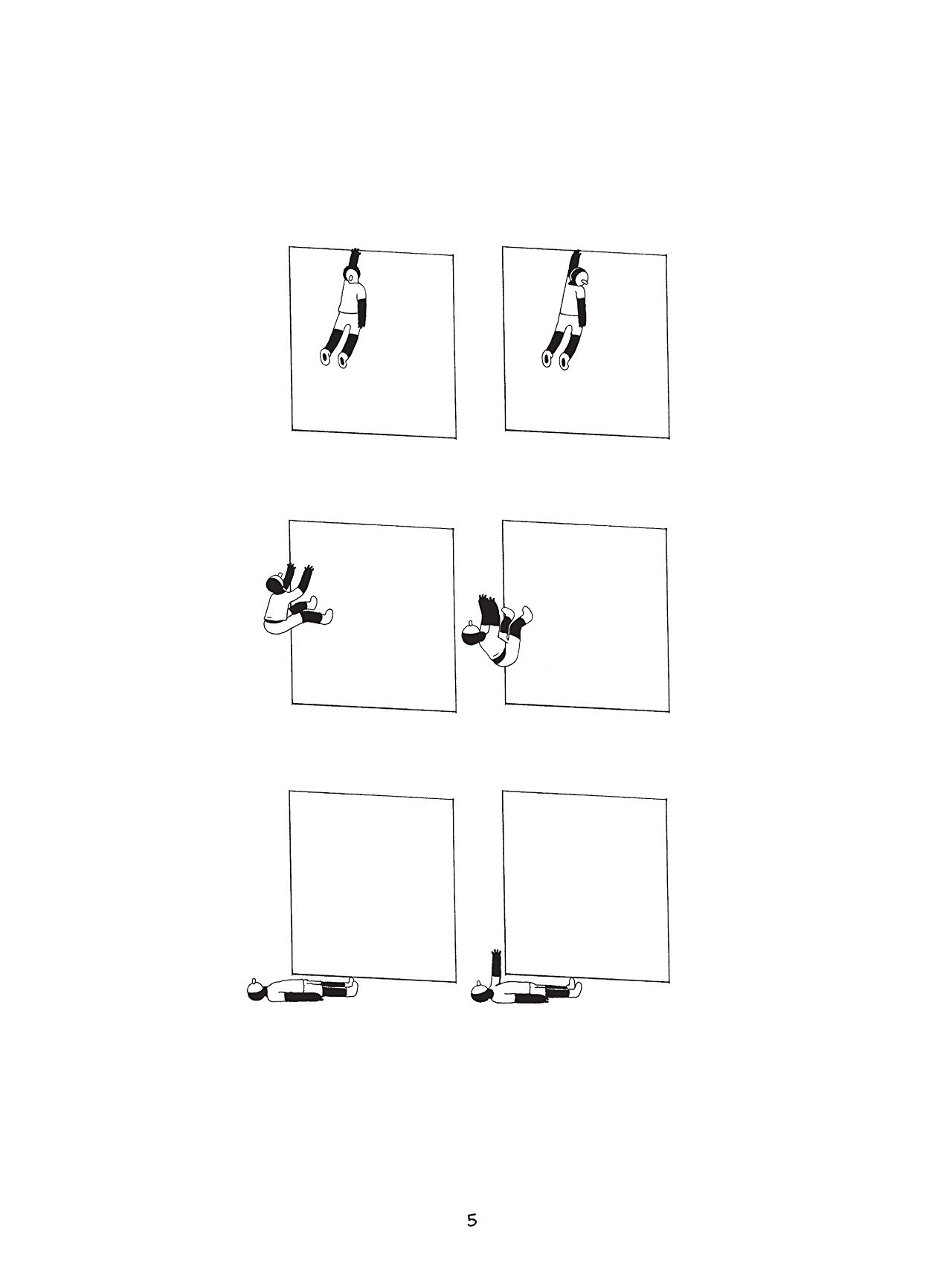 No surprise, then, that I’m about to heartily recommend that you read (or better yet, buy — at $24.99 for a 288-page hardcover it’s a superb value) this book, but whatever you do, skip the back-cover blurb, which will only give you the wrong idea: it refers to Penguins as a “graphic novel,” (it’s not, it’s a “curated” selection of strips spanning the course of several years) for instance, and claims that it is “without human characters” (in point of fact, it features several), so who wrote this and what they were smoking while they did so, I couldn’t tell you. Just open the thing up, dive in, and go for it.

Thorburn does a superb job drawing you into his largely-wordless world with a “loading –” sequence of the type the “internet generation” will immediately relate/respond to, and from there the strips are arranged in a meticulous order of graduating thematic complexity, the over 100 discrete penguin characters frequently engaging in the most mundane of everyday activities, albeit in visually-imaginative ways that deftly achieve precisely what Thorburn, it seems to me, is setting out to do, namely: getting readers to reconsider the nature of everyday life and its struggles in new ways. 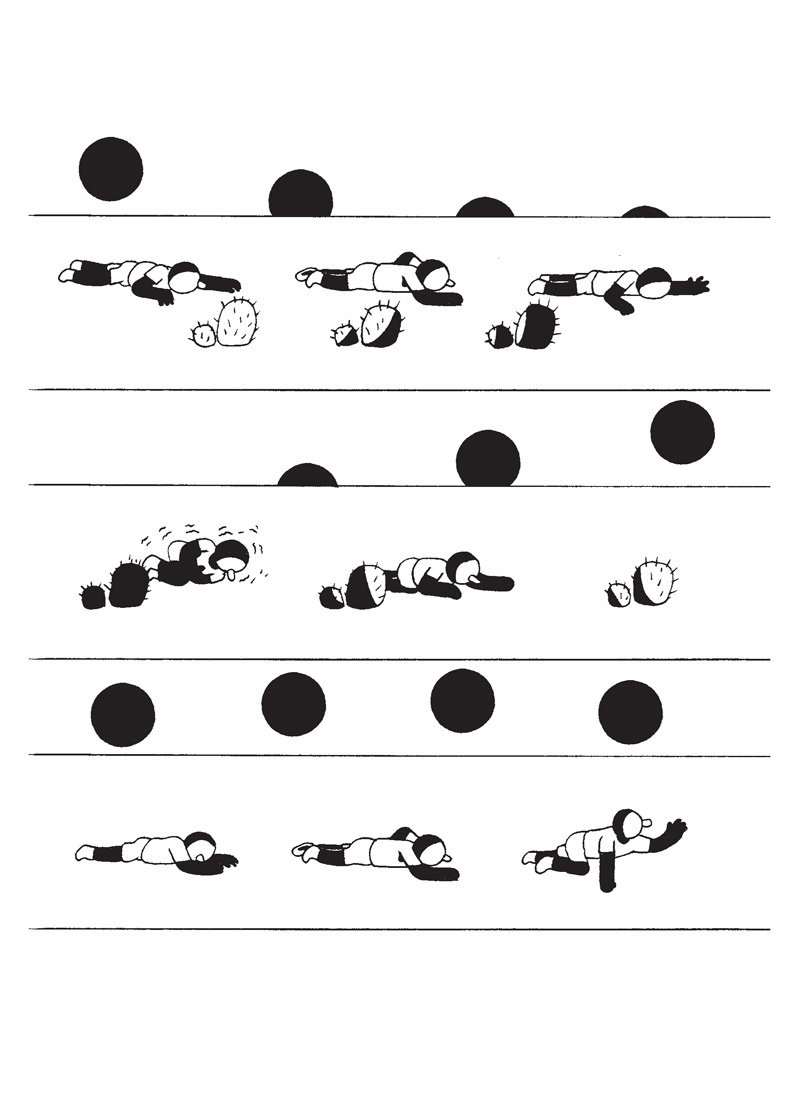 Circles are a constant presence, and not just the literal circles that the Penguins endeavor to navigate their way toward or through — nope, we’re talking about the circularity of existence itself here, about how our trials and tribulations either lead us right back to where we started, or to a reasonable enough approximation of it that we immediately recognize the parameters, both physical and conceptual, of our new situation. That’s only half the story of these stories, though —

Thorburn’s other big theme? Transformation and metamorphosis. Penguins and people alike often undergo fascinating, at times grotesque, physical and circumstantial changes, up to and including complete negation of the self, and this frequently-alternating succession between the staid and permanent and the decidedly impermanent gives this collection a fascinating creative tension in respect to itself throughout, a “tug-of-war” between polarities that Thorburn in no way seeks to do something so dull and prosaic as to resolve, but that he certainly uses his clean, lean, sharp cartooning, with its pronounced evidence on physicality and its incredibly clever utilization of space, depth, and distance, to present, with honesty and integrity, in all its wondrous dichotomy. 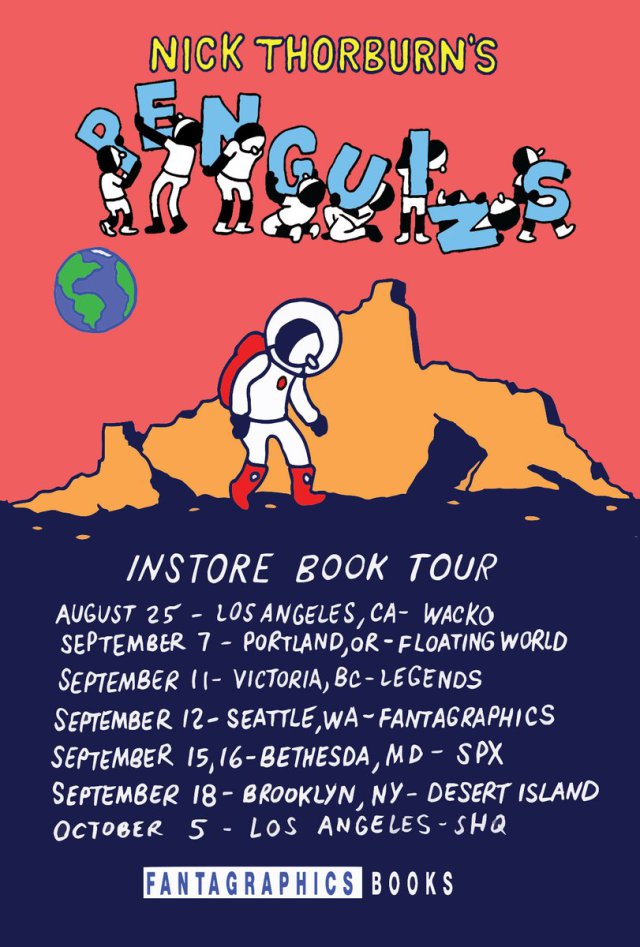 It’s far from a flawless work — while uniformly funny from first page to last, for instance, some of the old-school underground “gross-out humor” feels out of place, and while the handful of color pages look good there’s no naturalistic transition (as there is everywhere else in the book) from black-and-white to color and back again, the result being that the “flow” of the proceedings feels somewhat interrupted rather than accentuated — but Penguins is without question a challenging, ambitious, and genuinely heartfelt one. Thorburn is in the midst of a mini-tour to promote the book (check the promo images included with this review to find out if he’ll be in your area), and if you get a chance to see him, please thank him for me for using the most unlikely of anthopomorphic stand-ins to illustrate the rich fullness of the human condition.