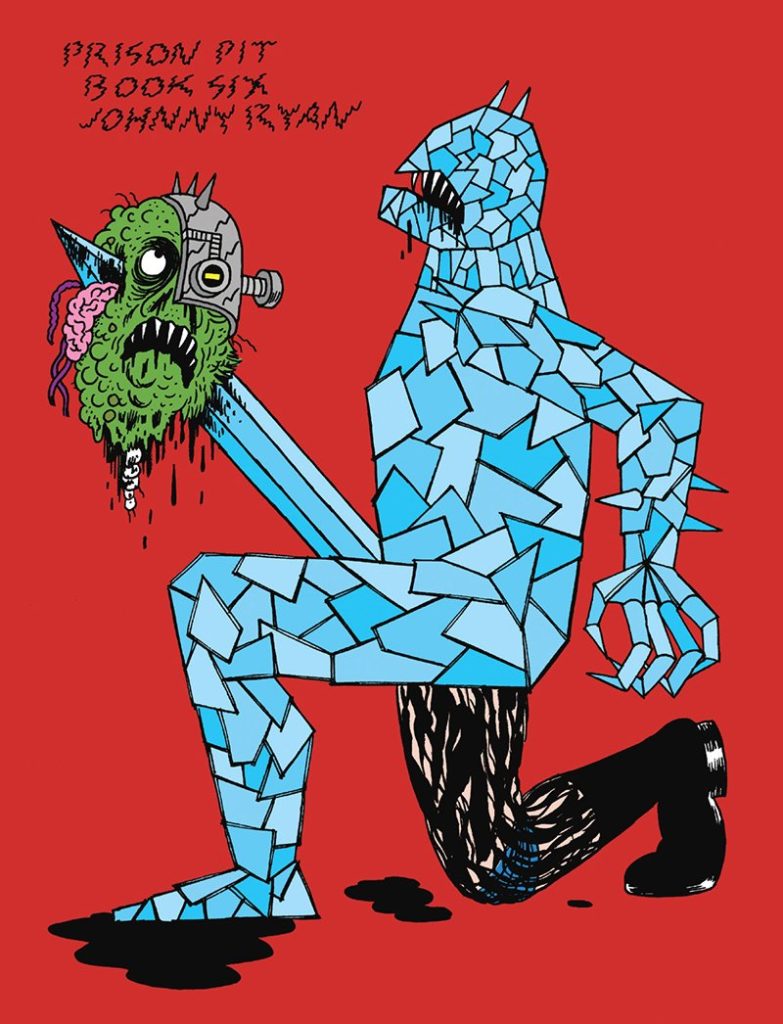 It’s all been leading up to this: four years in the making, the sixth and final installment of Johnny Ryan’s formerly-annual (or thereabouts) paean to thoughtless juvenalia, Prison Pit, is upon us courtesy of Fantagraphics Books, and while it’s frankly impossible to conceive of anyone feeling in any way “attached” to protagonist Cannibal Fuckface, much less to the batshit crazy universe he calls home, it’s equally been impossible to conceive of any of the gleefully depraved hyper-violence, horrifyingly sick sex, and/or both that have appeared on pretty much every page of this series since his inception — impossible for anyone but Ryan, mind you.

Which is, of course, precisely how it should be. Ryan boxed himself into a corner with this project from the outset, it seems to me — he literally had no choice but to consistently “one-up” himself, otherwise what the fuck was the point? — but I give him credit for never disappointing in that respect: each blood-soaked, cum-drenched, shit-stained, puke-encrusted scene really was more morally, intellectually, and ethically bankrupt that the one that preceded it, and so going out with anything less than a bang? You and I both know that was never gonna happen. 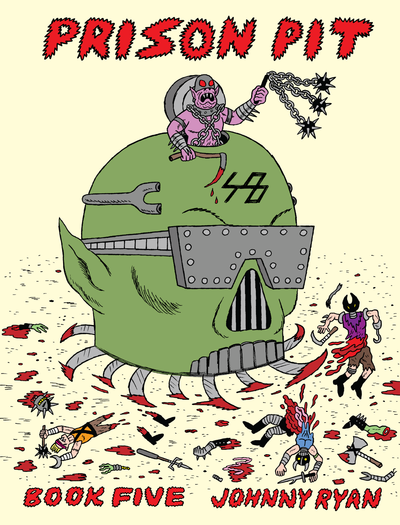 And, of course, it doesn’t. Herr Fuckface and his jailer have been moving toward their final climactic confrontation for some little time, and while Ryan makes the getting there tough — as in, kill your way through an entire space-jail full of the most hardened psychopathic criminals in the entire fucking universe tough — the thick, syrupy sense of inevitability that permeates this volume is never once diminished, no matter how impossible the odds seem for our ostensible anti-“hero.” But could it be? Hiding in plain sight in the midst of all this carnage is there something at least vaguely resembling — a point? 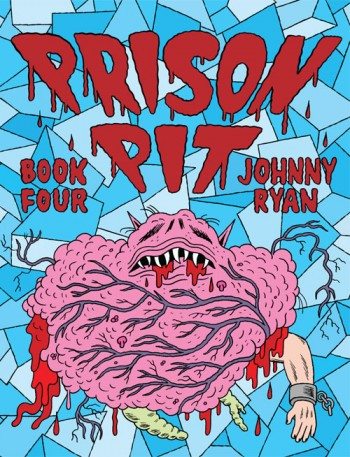 Well — uhhmmm — sure, I guess.  And that may mark a first in Ryan’s career, come to think of it. A guy who’s made his bread and butter for the past couple of decades as the world’s oldest glue-huffing delinquent twelve-year-old has almost seemed downright allergic to the idea of meaning from day one, and has never shown much by way of ambition beyond a full-time compulsion to get as many people to say “dude, you’re sick” as (in?)humanly possible, but it’s starting to look like we’ve all been suckered. Lulled into a trap. Beaten down by sheer repetition into thinking that, yeah, this is all he’s got — and I say that as a reader who, however many “cool points” such an admission may cost me, has often enjoyed what he’s got.

What can I say, though? I was as clueless as anyone. I didn’t see the raison d’etre that, in retrospect, has always been there, and has been expressed with no more subtlety (which is to say, none at all) than anything else he’s been boring into our skulls. How could I possibly miss it? The point is — that there is no point! 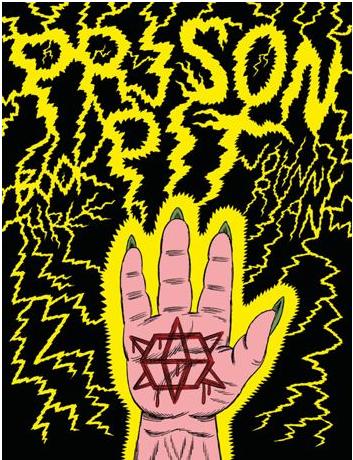 I swear, I’m as stupid as a character in a Johnny Ryan comic. But it’s that air of inevitability in Prison Pit book six that I was talking about previously that finally clued me in, and even if I were too thick to pick up on it in the early going here, the final choice C.F. is offered by the architect of his sorrows — essentially “door one leads to your complete freedom, door two leads to the absolute and utter destruction of all of creation, forever” — well, that’s about as stark as it gets, isn’t it? At this point a “spoiler alert” of some sort would probably be the customary thing to do, it’s true, but come on — do you really harbor any doubts as to which way this is gonna go? 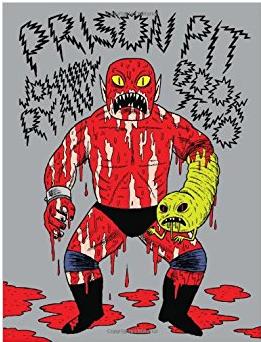 Nihilism is, of course, a “legit” school of thought, whether one agrees with it or not, and Ryan distills it to its essence in the last pages of this comic with a mix of his characteristic defiance, and entirely uncharacteristic pathos. C.F. seems to hesitate for a moment, but it’s only a moment — and at the end of the day (hell, the end of all things) giving the middle finger to the entire universe is not only something he can’t pass up, it’s his highest, indeed his only, calling. That’s worth pondering, I think, in a world full of school shooters, suicide bombers, “edgelord” internet trolls, and Donald Trump voters — not to equate all their actions, mind you, but the idea that existence itself is a zero-sum game and you might as well instill your will on as many people as possible via the most blunt instruments at your disposal is one that appeals to way too many people, and we have to find a way to address that before we can move beyond it. 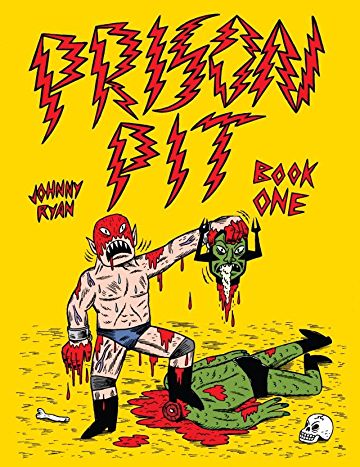 In Prison Pit Book Six, Johnny Ryan doesn’t posit any solution to — well, anything. And he’s probably not the guy to do that. But he does force us to stare into the abyss and to admit that it’s also staring back. In that respect, then, maybe his ending point is a starting point for a dialogue other, admittedly more considered and thoughtful, cartoonists can pick up on. Or maybe nothing matters and what if it did?