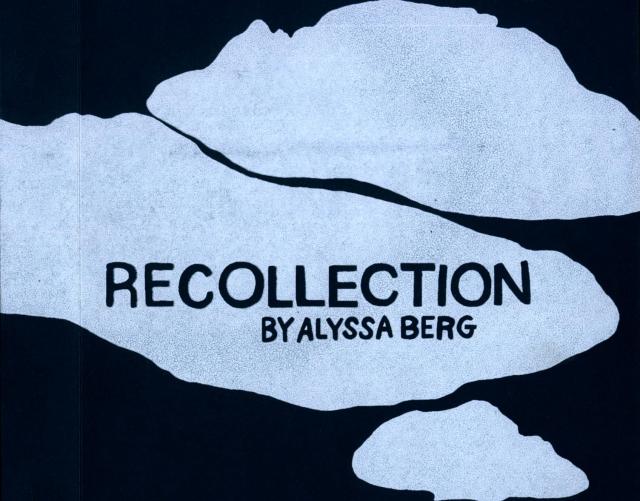 More quiet than a whisper, louder than a thunderclap, Alyssa Berg’s riso-printed comics collection Recollection seeps into the mind through the eyes, heart, and subconscious simultaneously, bypassing entirely the gatekeeping functions of the rational mind in favor of something deeper, more profound, more fundamentally true. It never ceases to amaze, remains fundamentally unpredictable from first page to last, and hits you, as the kids say, “Right in the feels.”

Which is all well and good, but at this point you could be forgiven for asking, “Okay, what’s the damn thing about?” 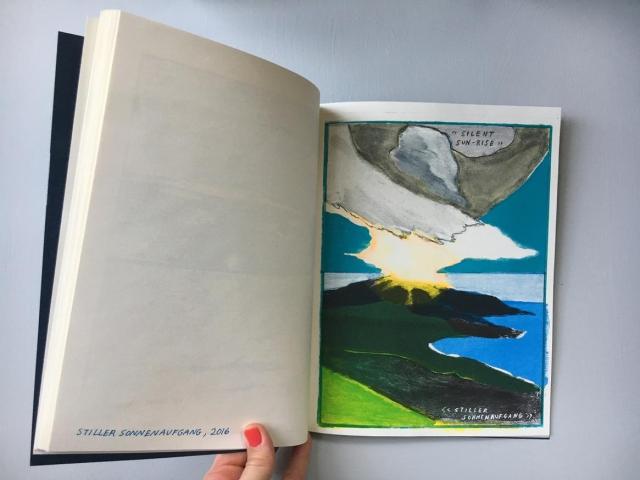 Well, how’s “everything” for an answer? Each of these emotively-rendered “strips,” created between 2013 and 2016 (with the collection eventually seeing self-published release in 2017), is a one-pager, with title and date on the page previous, and while certain themes run throughout it — yearning, loss, forgetting, discovery (or re-discovery) — in truth each sparsely-worded selection, usually “clocking in” between one and four panels in “length,” explores its conceptual territory in entirely different, entirely unique, and entirely subtle ways. Berg is your guide through this fluid, dreamlike succession of feelings and ideas, but don’t take that to mean she’s holding your hand too terribly tightly — in truth, her grip is loose, but her trust in you as a reader is incredibly strong. 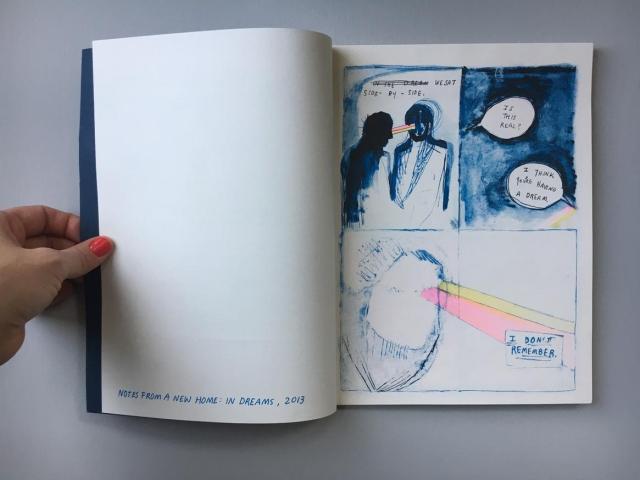 “Dreamlike” is a word that you’ll return to again and again as you experience (as opposed to merely “reading”) the contents of this book, as the power of dreams to intersect with, inform, even direct conscious, waking reality may be as close to a central thesis as anything on offer here, and successive re-explorations of the pages have even caused me to consider that Berg may be proposing the radical idea of some sort of resolution between the two worlds that we live in — a singular, new, more cohesive form of consciousness that is equally informed by “fantasy” and “reality,” or else one that, at the very least, recognizes the inescapable truth that both “play off” each other to such a degree that bifurcating them into two strictly-demarcated “halves” is pointless at best, counter-productive at worst.

Here’s the thing, though: I’m fully aware of the fact that I may, in point of fact, be reading something (even several “somethings”) into this work that Berg herself, who also assumed the printing and assembling duties for this most truly personal of projects, never intended. But that doesn’t mean I’m “wrong” per se  — nor that any particular reading of this work is. In the world of independently-produced “art” comics, the concept of a “book that means whatever you think it does” is one that’s invoked frequently, but in this particular case it’s absolutely, inarguably, unequivocally true. 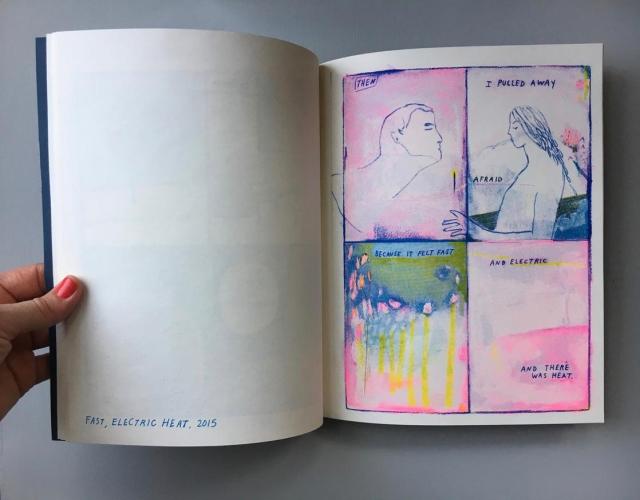 As wistful, melancholic, soothing, and mesmerizing as it is conceptually and emotionally challenging, Recollection is a book that carves out, and subsequently occupies, a space entirely its own and exists in a self-created “category” unto itself. Not only has there never been anything else like it, there never will be again — never can be again. It’s a pricey item to procure at $30, but will recoup your investment in it, plus interest, every time you open it up. Get your copy from Domino Books here.