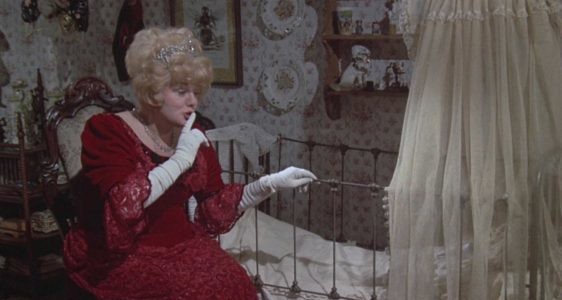 Who doesn’t love an advent calendar? Around the Daily Grindhouse virtual offices, we decided the only way to make the advent calendar better is to replace what you might traditionally find behind the door with Christmas horror movies! So everyday from December 1st through to Christmas, we will be highlighting a different movie for our horror-loving readers to celebrate the season. Our film for Day Nineteen is WHOEVER SLEW AUNTIE ROO?! 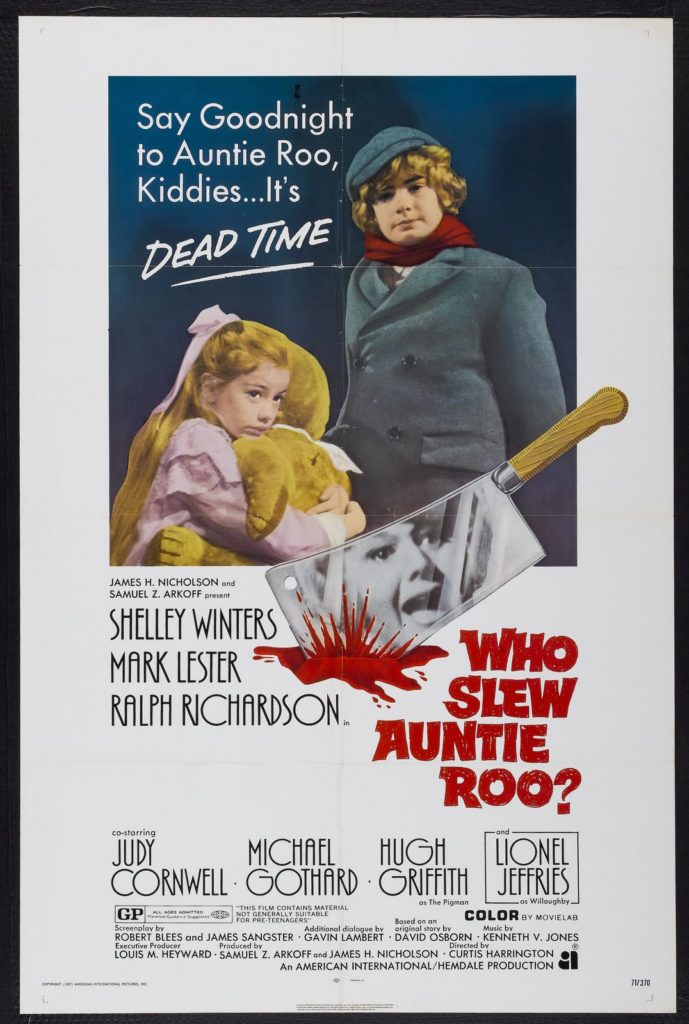 The success of WHATEVER HAPPENED TO BABY JANE? inspired a slew of similar films featuring fading starlets in modest-budget thrillers. This short-lived sub-genre is known by many names: Hagsploitation, Hag Horror, Psycho Biddies, Dames of Grand Guignol, Menopausal Maniacs. Whatever you call them, there were a lot of these wrinkle-faced pictures produced throughout the 1960s and ’70s.

Bette Davis is the patron saint of Psycho Biddy cinema, but another super-star is Shelley Winters. She belongs on the Mt. Rushmore of Hagsploitation for her movies like POOR PRETTY EDDIE, THE DEVIL’S DAUGHTER, and SOMETHING TO HIDE.

How does all this fit into the Daily Grindhouse advent calendar? One of Shelley Winters’ best psychotic performances is in the Yuletide thriller, WHOEVER SLEW AUNTIE ROO?

Winters plays the titular Auntie, a widower and philanthropist in 1920’s England. The eccentric Roo is known for her generosity around the holidays, when she invites orphans to her home for an extravagant Christmas Eve dinner and slumber party.

What is Christmas, if not a time for nostalgia? Each year we re-visit our favorite holiday films, hear familiar songs, look at old photos, and enjoy the magical memories of Christmas past–savoring those sweet recollections like we’re sucking the artificial red dye off a candy cane. 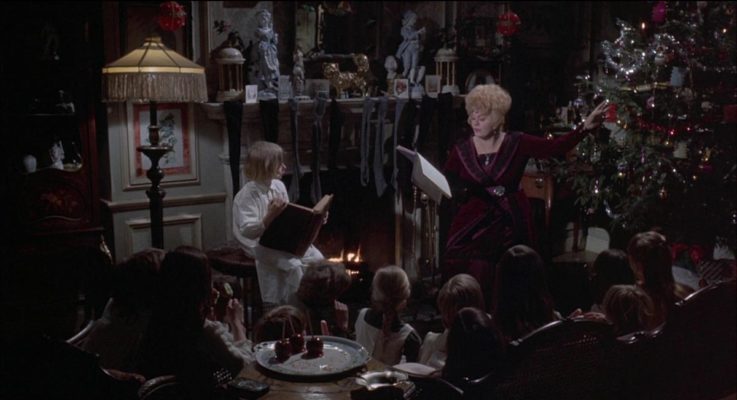 Like so many of the heroines of these movies, Roo is stuck in the past: another tormented woman longing for a simpler time when she was young, beautiful and happy. Typically, there’s a horrid incident that marked a turning point in the life of a hag horror heroine. For Auntie Roo, it was losing her daughter Katherine, who died in a tragic accident while sliding down a bannister. 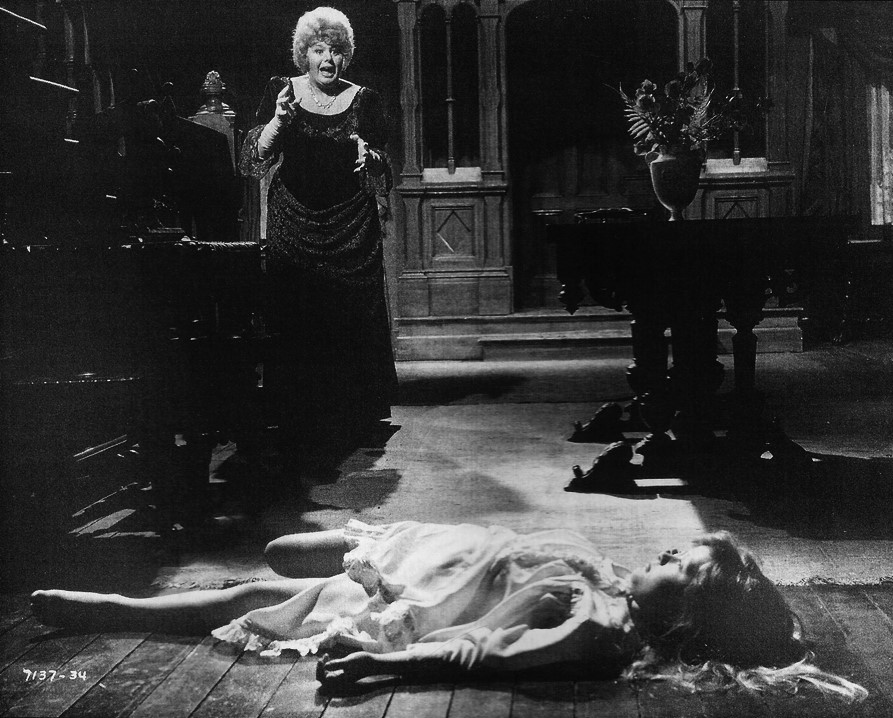 The grieving mother hires a psychic to keep in touch with her daughter’s spirit – she also keeps the girl’s mummified remains hidden in the attic.

During the film’s emotional climax, a distraught Auntie Roo seeks sanctuary in the attic nursery. She nervously caresses the face of the child-corpse when suddenly its brittle head crumbles in her hands. Auntie Roo wails, shocked to see what-was-once her child stuck to the fingers of her gloves. It’s at once the height of the film’s black comedy and the depth of its sorrow.

With that scene in particular, it’s hard to imagine anyone else playing the part–or at least playing it as sympathetically. Bette Davis would bring her corrosive wit to the role. Joan Crawford would hit high notes of melodrama. Olivia de Haviland would just be too Olivia de Haviland, if that makes sense. But Shelley Winters seems to effortlessly tap into a particular madness and vulnerability, emitting waves of dramatic hysteria AND grotesque camp humor, without ever sacrificing our sympathy. Winters plays a believable, desperate woman who could smother you with love, fatally so. (What does it say about audiences that these lonely older women were considered the stuff of horror?)

The Christmas party ends with one orphan being left behind, casually kidnapped by a heart-broken Auntie Roo. The girl’s clever brother (played by OLIVER!’s Mark Lester) stays behind to rescue his little sister from the crone’s sinister scheme.

The third act quickly turns into a re-telling of Hansel & Gretel, where the witch is going to gleefully murder the young boy and keep the girl as her new daughter. The kids use their cunning to trap Auntie Roo in her pantry. In one of the film’s most iconic moments, Winters tries to break out of the room with an axe – pre-dating a famous scene from Stanley Kubrick. (Of course, both films could be paying homage to 1921’s THE PHANTOM CARRIAGE.) 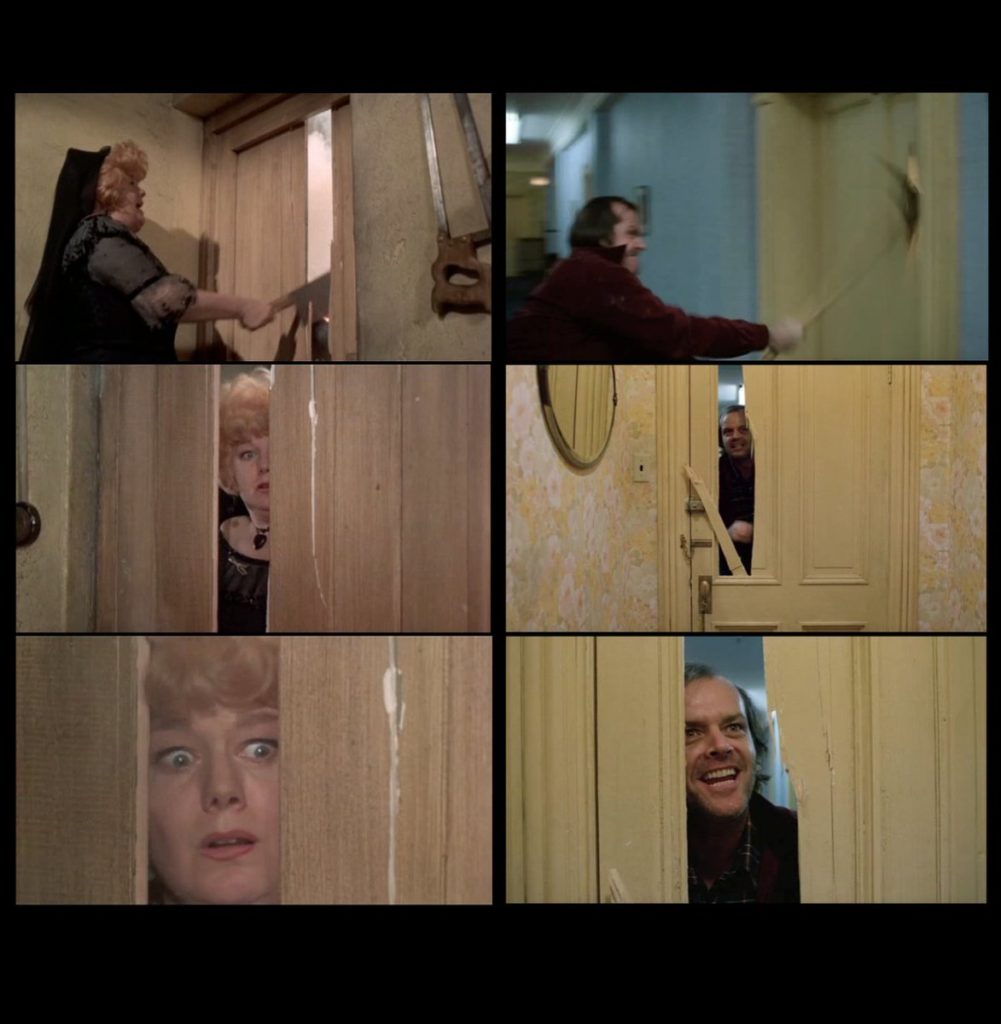 But unlike Jack Torrance’s fate in THE SHINING, Roo’s demise wrings out some complicated pity. Yes, she was about to do something grisly, yet I feel awful for Winters’ Auntie Roo–crying, “Don’t leave me” while she’s consumed in flames, as the house burns down around her.

All of this is to say that Christmas with your family could be a hell of a lot worse. 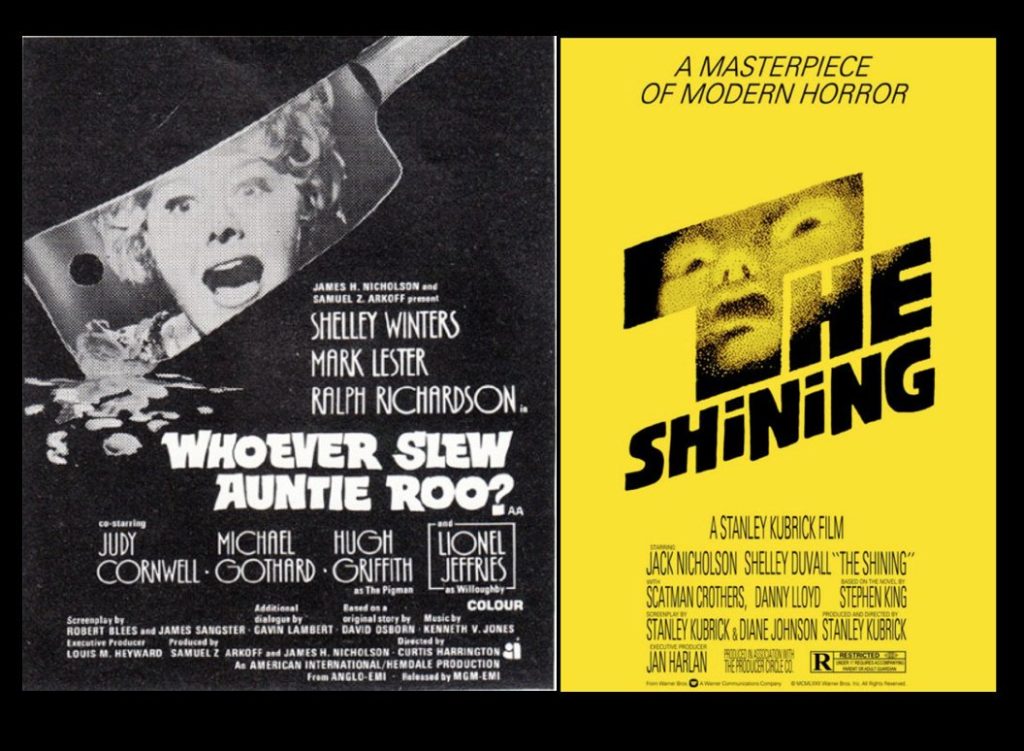