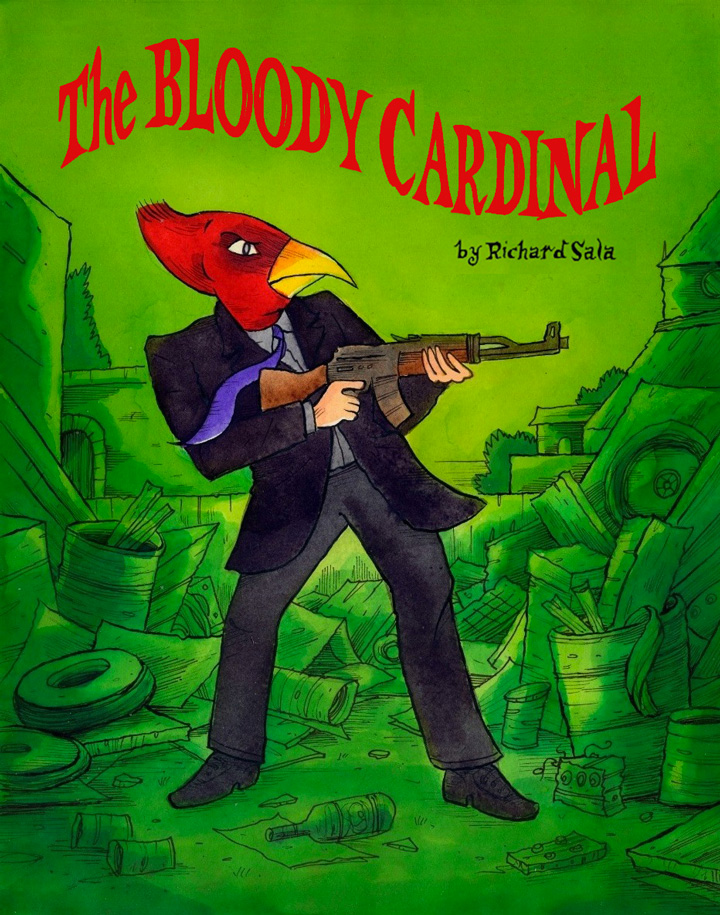 Some cartoonists are so good at “what they do” — at telling the kinds of stories that fit within a niche they’re not only carved out, but created from whole cloth, for themselves — that you feel no particular urge as a reader to see them “branch out” or “try something different” because there’s so much fertile ground waiting to be explored within the thematic and, dare I say it, philosophical territory that they already call their own. Kim Deitch springs immediately to mind here, of course, but so do names as historically and stylistically disparate as Jesse Jacobs, Mark Beyer, Joe Sacco, and Drew Friedman — and so does Richard Sala.

How long has Sala been at it now? Something like three decades? And yet he consistently finds ways to make his unique combination of Hitchcockian psychological thriller, Poirot-esque whodunnit, occult high weirdness, Samuel Beckett absurdism, and understated feminism new, fresh, and exciting. His exquisite art certainly doesn’t hurt his cause — his women are sexy without being hyper- sexualized, his cities and streets a maze of eerie and vaguely Eastern European brick and stone, his overall aesthetic equal parts lived in and highly sleek. Everything’s just a bit off in Sala’s world — the familiar made to seem alien, distant, not quite as we know (or at least feel) it should be.

Now, add in color. Some of Sala’s most famous works — The Chuckling Whatsit, Peculia — were b&w affairs, and flirted (quite successfully, I might add) with a woodcut look, but the digital (I’m assuming) ” watercolor painting” on display in graphic novels like Violenzia showed him to be an absolute master of the palette, washing panels over with deeply autumnal hues that make every day look like Halloween. Not too many artists who initially made their mark in a two-tone world can successfully transition into a multi-colored one, but Sala has grabbed the bull by the horns, wrestled it to the ground, and walked away a winner. 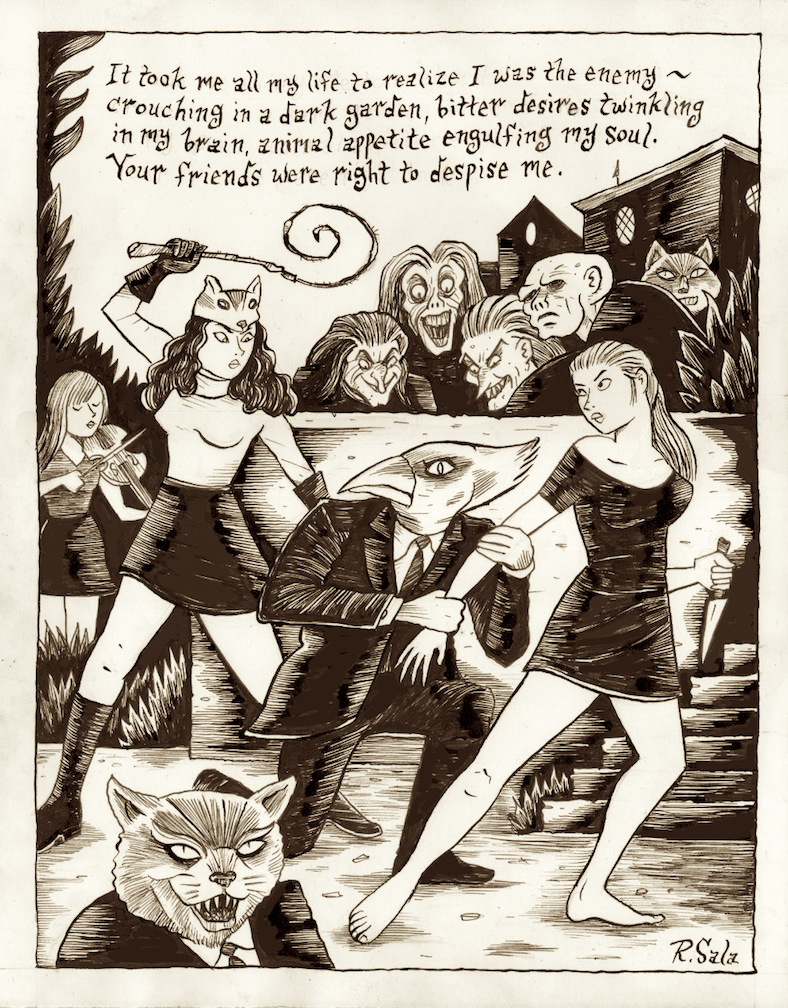 All of which brings us to his latest Fantagraphics release, The Bloody Cardinal. If a sprawling cast of silent film-era archetypes pulled inexorably into a tight, compact mystery that goes back decades, if not centuries, and revolves around dusty forbidden tomes, masked serial killers, female adventurers, underground cults thought long dead, morally and ethically compromised psychoanalysts, unconventional police investigators, and alluring but delusional femme fataltes are your cup of tea, then congratulations — you’ve just found comic book gold. If not, well, shit — I can’t help ya, and nobody has time for squares, anyway. 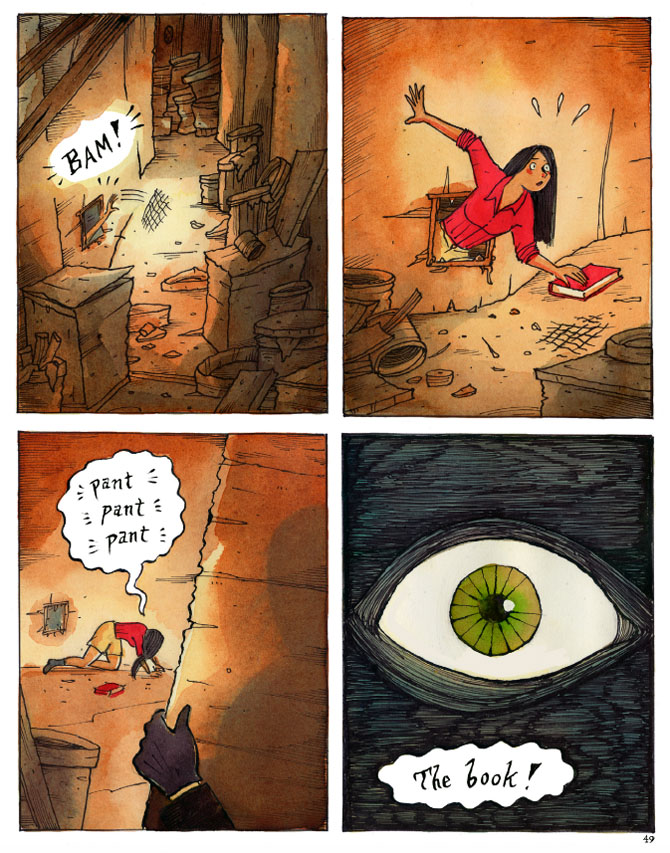 The pacing of this story is typical Sala — brisk without feeling hurried, with atmosphere taking precedent over strictly formalized logical progression, you have to be the sort of tourist willing to trust your guide through this world. Time frames are compressed but somehow flow, key events take place “off screen,” characters talk to themselves as a matter of course, dialogue is sparse and economical — this is hermetically-sealed storytelling that nobody else should (or probably even could) attempt to make work for them, but damn if it doesn’t feel intuitively “right” and seem to conform to an entirely unwritten set of “rules” that only apply to the cartoonist who created them. Don’t try this at home, kids — and why would you even need to when you can just sit back and watch the master at work? 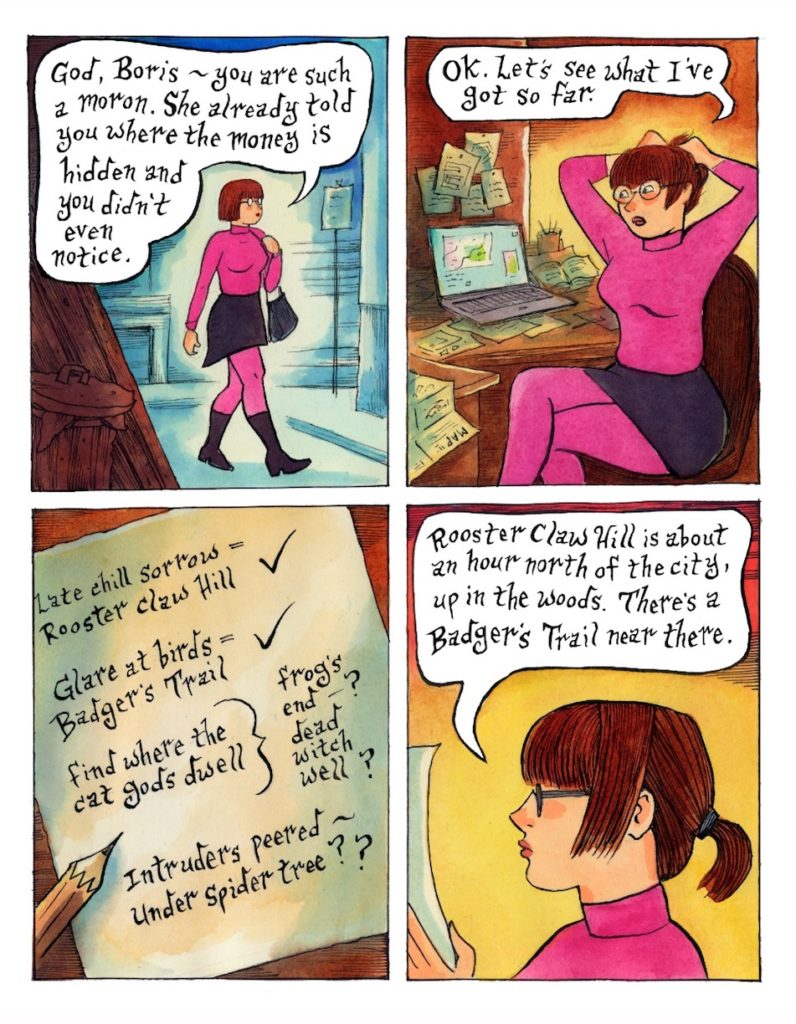 Still, for all of the superlatives I’ve already tossed in The Bloody Cardinal‘s direction — and trust me when I say I could shower it with even more — perhaps the best thing about it is that, should you so choose, you can read the whole thing (entirely legally, I hasten to add) for free. I really love having the newly-released paperback on my shelf, it’s true, but if your finances (understandably) can’t handle the $16.99 cover price, rest easy — Sala serialized the entire story online first at Study Group Comics, and it’s all still available, so check it out here. You’re now officially out of excuses — quit reading this review and read the comic instead.