Florence Hartigan is an American-born, New Zealand-raised, LA-based actress and musician. Her latest film project is the leading role in Phoenix Forgotten, produced by Ridley Scott (ALIEN), Wes Ball (THE MAZE RUNNER) and Mark Canton (THE MARTIAN). The film is based on the shocking, true events of March 13th, 1997, when several mysterious lights appeared over Phoenix, Arizona. This unprecedented and inexplicable phenomenon became known as “The Phoenix Lights,” and remains the most famous and widely viewed UFO sighting in history. The film tells the story of three teens who went into the desert shortly after the incident, hoping to document the strange events occurring in their town and were never seen again. Now, on the 20th anniversary of their disappearance, unseen footage has finally been discovered, chronicling the final hours of their fateful expedition. 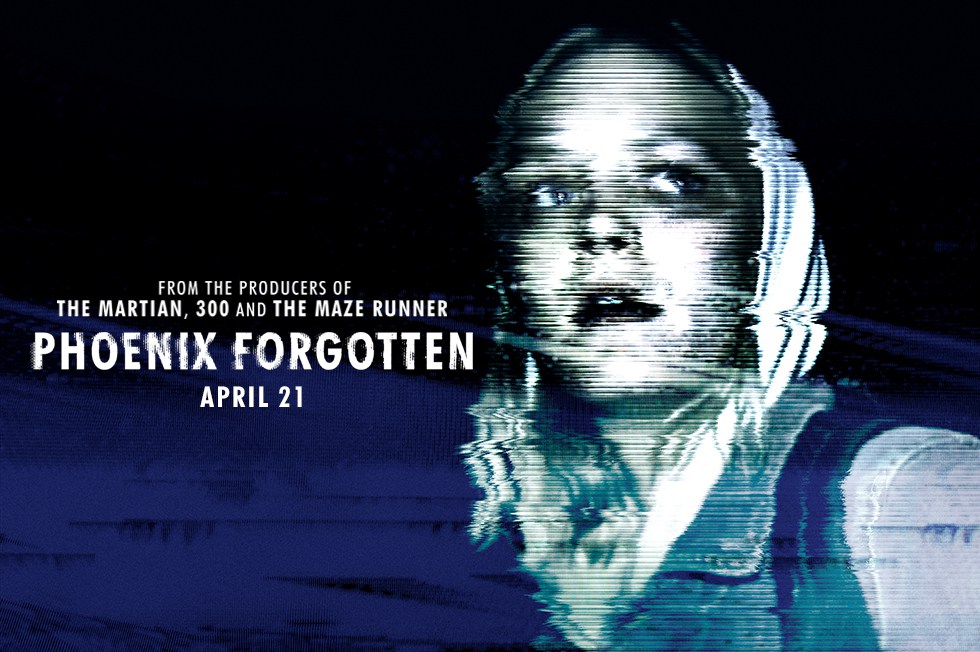 How much did you know about the incident that inspired PHOENIX FORGOTTEN?

I grew up in New Zealand, and so I didn’t know much about it before I became involved in the project — but I do now!  It’s an interesting event because it’s the largest ever recorded UFO sighting in history, and there are some people, including the former Governor of Arizona, who are still convinced the lights was some sort of alien spacecraft. It’s pretty fascinating.

Are you a believer in all that?

I do believe there’s life beyond this planet, at least I hope there is!  I think it’s a pretty sad thought that we’re all alone in the universe.  As to whether that was what people saw in Phoenix in 1997 — I’m pretty skeptical.  I think it was probably military flares.

How closely does the movie stick to the real story?

In the film we use the Phoenix Lights UFO sighting, which was a real event, as a jumping off point for a fictional story — what if three teens got swept up in the alien hype and went missing chasing aliens?  But because the Phoenix Lights was a real incident, one of the cool things about the movie is we got to blend fact and fiction,  our director Justin (Barber) used some of real news footage surrounding the event in our film, and also constructs other news footage that blends seamlessly with it, there are actors in the film and also real people we interview, so fact and fiction gets blurry, and that’s a facet of this project I thought was cool. 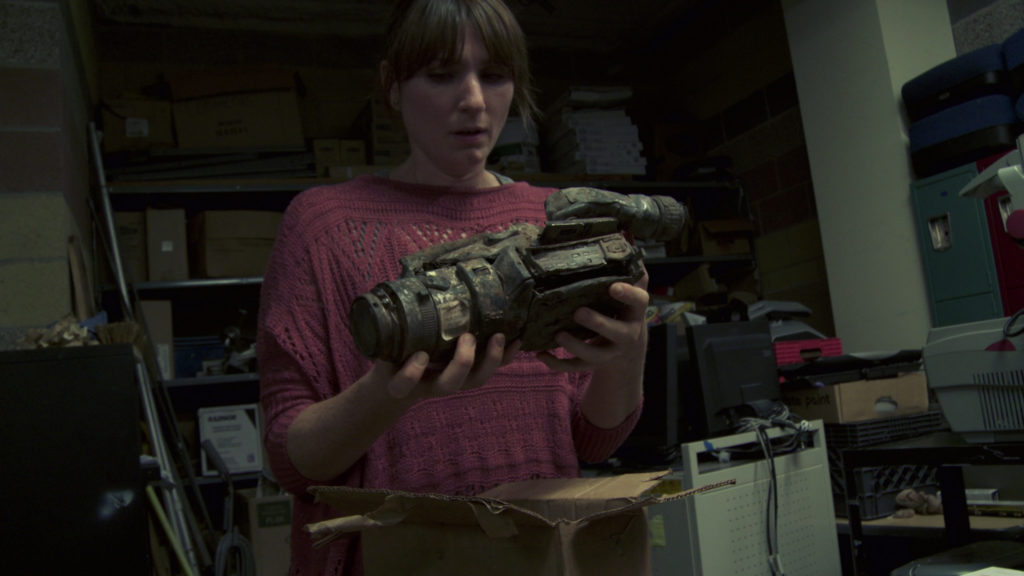 How does your character get involved in it all?

I play Sophie Bishop — a documentary filmmaker who has come back to her home town of Phoenix, Arizona, to try and shed some light on this tragedy that has haunted her family for her whole life — the disappearance of her brother Josh.

Would you behave the same way, and likely pursue the same path, if it was you caught up in the situation?

I think if my brother disappeared under mysterious circumstances, I would absolutely want to know what happened, I would want the truth, and I would want everybody to know the truth.  And I would want to do that so that my family could get closure on this horrible thing and heal.

Any specific instructions you were given on how to play the character?

Obviously there’s always things that change on the day, but generally in preparation for tackling Sophie, because I play a documentary filmmaker our director Justin Barber had me watch a bunch of Werner Herzog documentaries.  He also suggested listening to Terry Gross, as inspiration for how to interview people — as in the film I was also interviewing real subjects. I did a lot of research into missing persons cases and police protocol too, I tried to have knowledge about the things Sophie would know about, to do research like she would have to prepare for making her film. 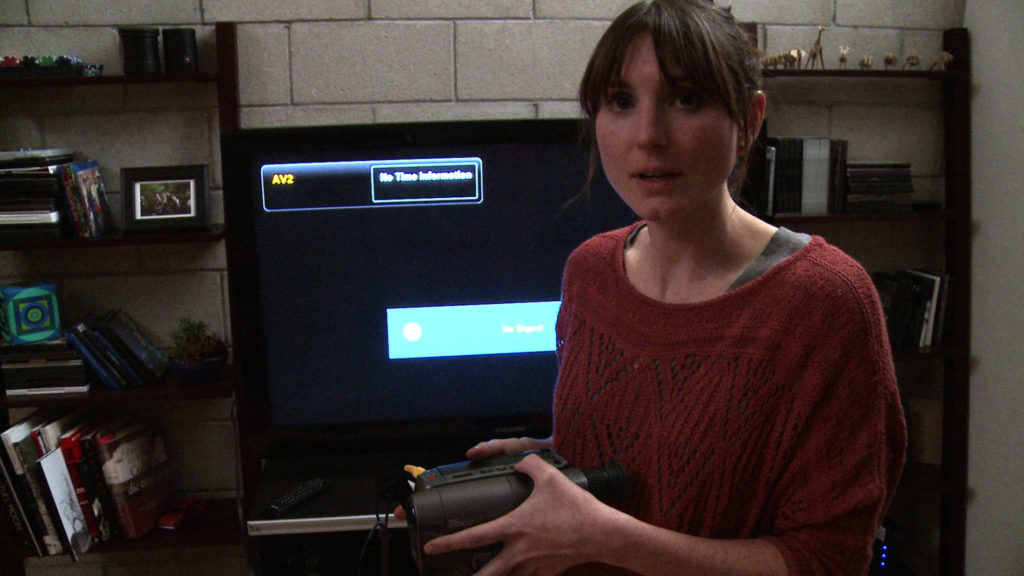 Is it fair to say this is a ‘big break’ for you?

PHOENIX FORGOTTEN has been my biggest movie so far. I feel very lucky to have gotten to be a part of it and to have played the lead in a film produced by Ridley Scott, who is one of my filmmaking heroes. This is the first time I’ve seen billboards and marquees for a movie I’ve been in so that was exciting — but in the end all that stuff matters less to me than getting to do the work I love doing.

And has this ‘big break’ led to a lot of other opportunities?

I’m very grateful to have had the opportunity to play the lead in this movie, and being the lead in a Ridley Scott movie has definitely opened new doors for me!  But I always feel that with every role I play, the biggest opportunity is to get to stand in another person’s shoes, and let that experience help you grow as an actor and as a person.  I loved playing Sophie, and I look forward to playing more gutsy, flawed, interesting women as my career moves forward. I have a new movie coming out later this year, an animated horror film called MALEVOLENT, alongside Morena Baccarin from DEADPOOL, as well as Ray Wise and William Shatner.  I play a really interesting woman named Kelsey, who is totally weird and damaged and fascinating.  I loved playing her. 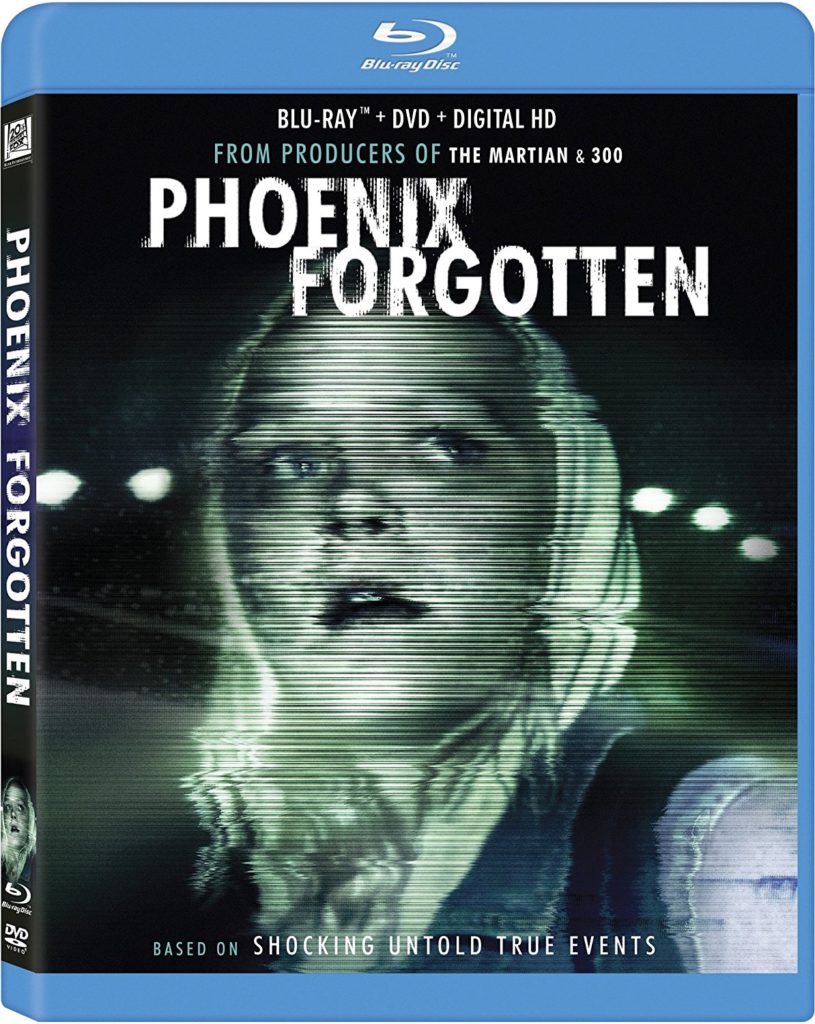 PHOENIX FORGOTTEN is now available on Blu-ray, VOD and DVD.