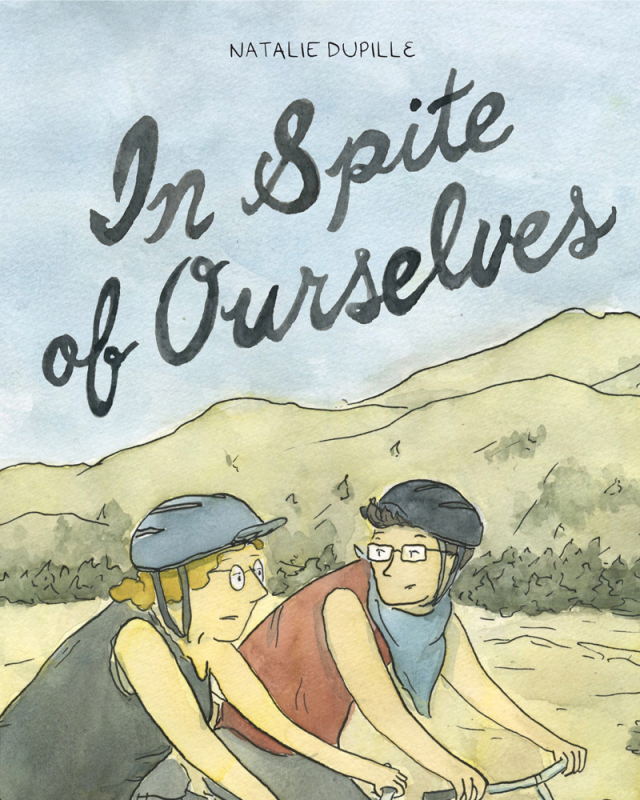 There’s no better “relationship recharge” for a couple than getting away for a few days (at least) together — but that doesn’t mean a skilled cartoonist with a natural eye and ear for interpersonal dynamics can’t mine such an excursion for thematically-deep, if often subtle, pathos. And with that in mind, it’s my distinct pleasure to introduce you (or re-introduce you, should that be the case) to Natalie Dupille and her latest “graphic novella,” a sublime little self-published number titled In Spite Of Ourselves.

Rendered by hand entirely in ink and lush watercolors, this is a sensitively-illustrated work that concerns itself with sensitively-explored topics ranging from gender mores to differences in ability (particularly athletic ability) to our nation’s ever-present urban/rural cultural and economic divide. It’s a lot to cram into 48 pages, but it never feels like Dupille is “forcing” anything into her narrative, simply because of her entirely unforced cartooning style that stops and smells the roses (or at least the crisp mountain air) as she and her significant other, Allie, undertake a four-day “bikepacking” expedition through 140 miles in the wilds of central Oregon, a region well-known for its “adventure tourism.” 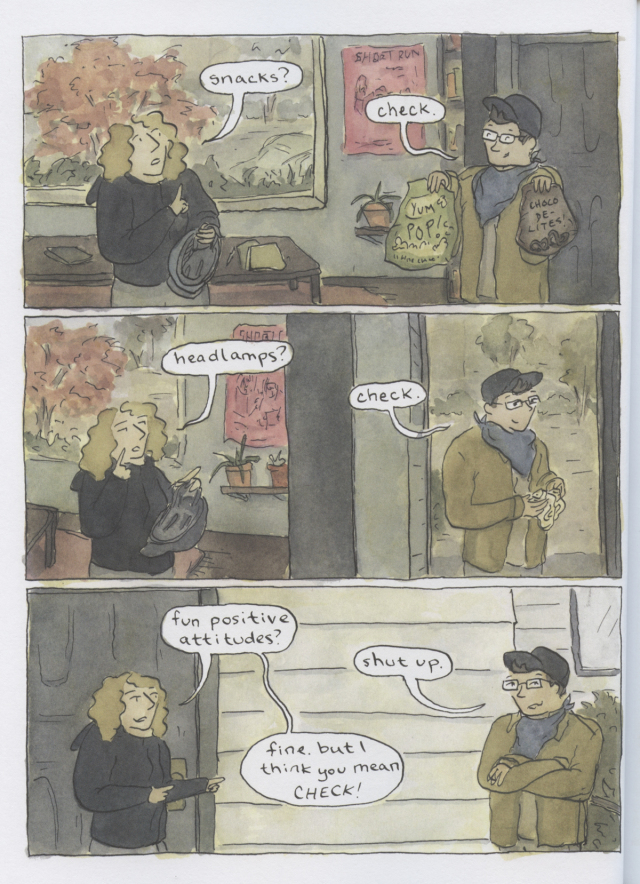 Much of the “adventure” here is internal, though, as the differing levels of physical fitness between the two partners lead to feelings of insecurity both obvious (“I feel so bad that she’s having to slow her pace on my account”) and less so (“she’s so much more into this than I am — how much do we really have in common?”), but Dupille wisely intersperses them with moments replete with plenty of genuine warmth and tenderness, as well as some instances where the couple’s mutual path crosses with those of some colorful local characters. It’s an extremely well-balanced comic, then, that’s admittedly told from the cartoonist’s own point of view — but that doesn’t preclude her from taking how others see things into consideration, as well.

Or maybe that should be, how she sees how they see things. Fair enough. Such is the nature of autobio and memoir. 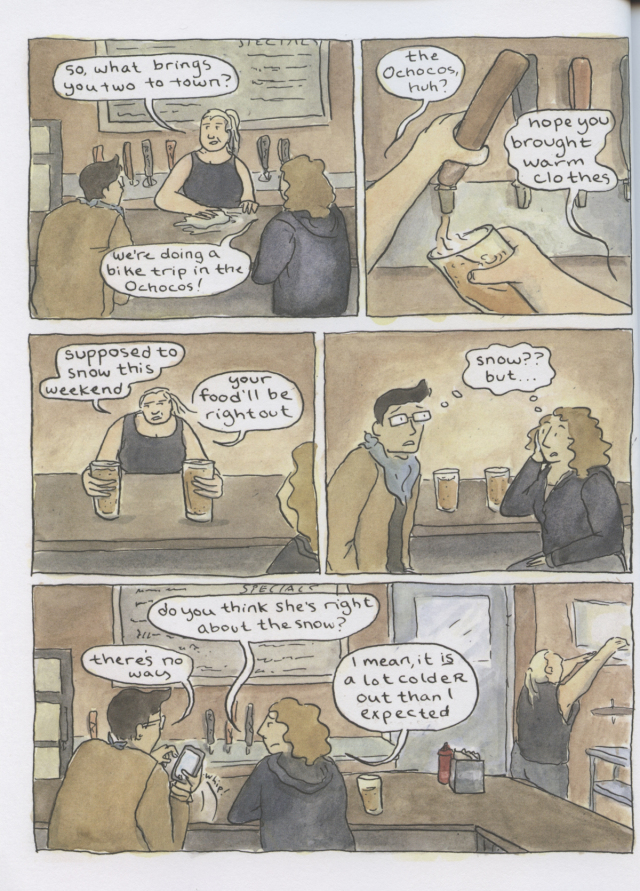 However you wish to split the semantics, though, the fact remains that Dupille has done a superb job of relaying her truth with disarming candor and a degree of emotional and psychological clarity that is a rarity even in today’s memoir-heavy comics landscape. At first glance, one can imagine that comparisons with Eleanor Davis’ justly-celebrated You & A Bike & A Road are going to be inevitable as this book (hopefully) garners more attention, but really, aside from the bicycles, the two works are entirely different in tone, structure, form, and content, so — take this one on its own merits, of which there are any number to choose from. Dupille, as was the case with Davis before her, has crafted a comic that both rewards and deserves examination as a singular, discrete entity unto itself — because that’s precisely what it is. 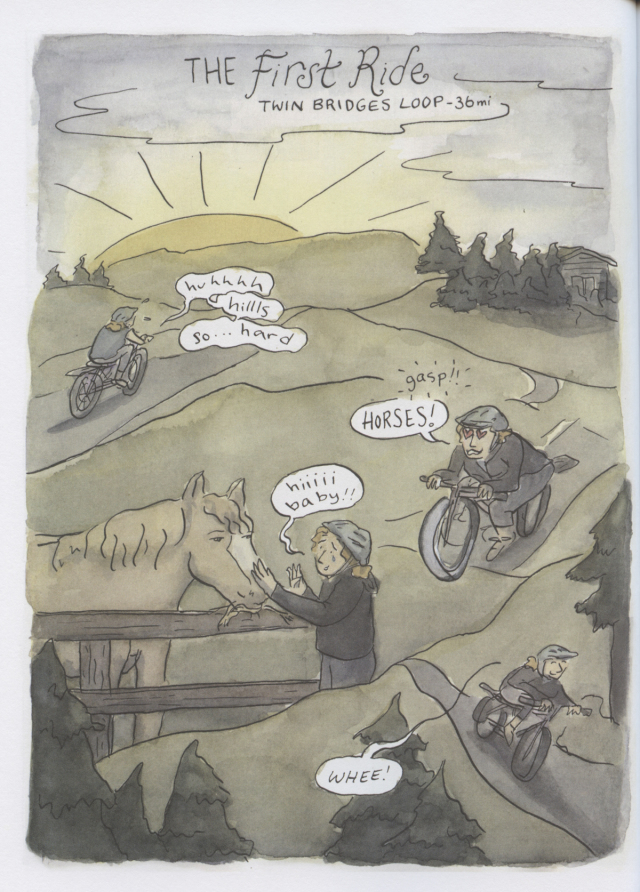 And, as if it weren’t already obvious, this critic’s judgment is that it’s a damn fine one at that — expertly-paced, told from the heart, and captivating in its verbal and visual rendering of a journey that ventures both outside and in, Dupille’s unassuming little book is an early favorite to find a place for itself on 2020’s “Best Of The Year” lists.

In Spite Of Ourselves is available for $15.00 from Natalie Dupille’s Etsy shop at https://www.etsy.com/listing/763959563/in-spite-of-ourselves?ref=shop_home_feat_1